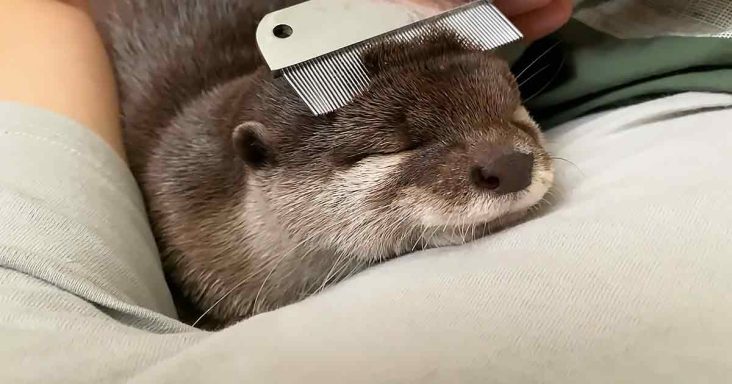 Kotaro and Hana are two adorable otters that love to relax with their human friend. It is a rather lazy day as Kotaro lies in bed and asks for cuddles.

He rolls around the sheets and squeaks as his soft, shiny fur is brushed with a tiny comb. The process is like a massage, and it cleans his body of any dirt and grime.

After squirming around in bed, Kotaro finds the perfect position. He rests his head on the chest of his human friend. The brushing doesn’t stop, and Kotaro fights to stay awake.

As his eyes slowly close, he becomes more still. Only when the brushing stops does he fidget and look up as if to ask his friend not to stop massaging him.

Kotaro gives a wide yawn and then stretches his entire body from end to end. Then finally, he closes his eyes and falls into a deep slumber.

Even when the brush comes close to his eyes and squishes his face, he still doesn’t wake up. Kotaro appears to love every moment that the comb is moving through his fur.

Once his turn is over, Hana comes and gets on the other side of their human friend. She welcomes the brush and slowly falls asleep in the same position as Kotaro. 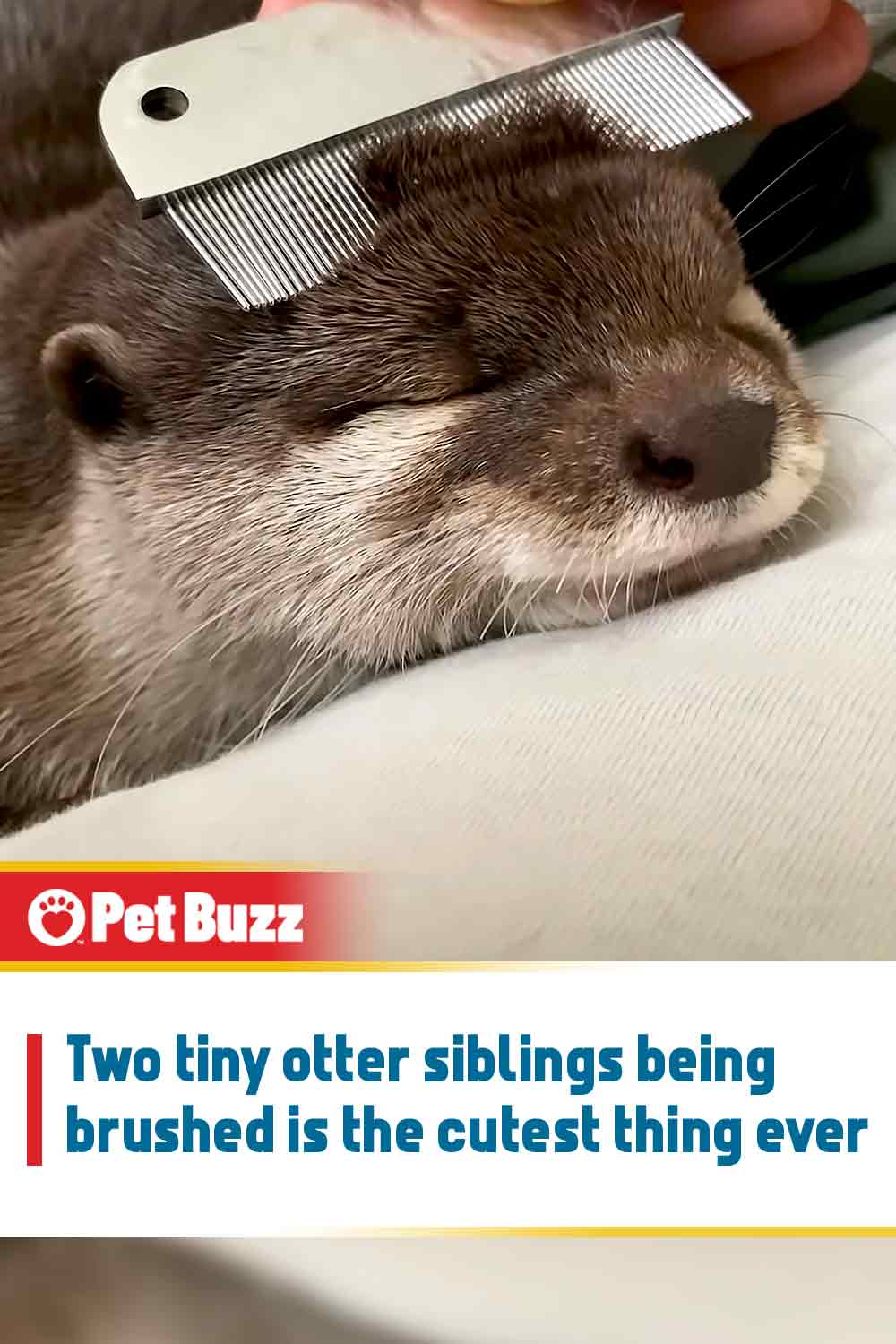