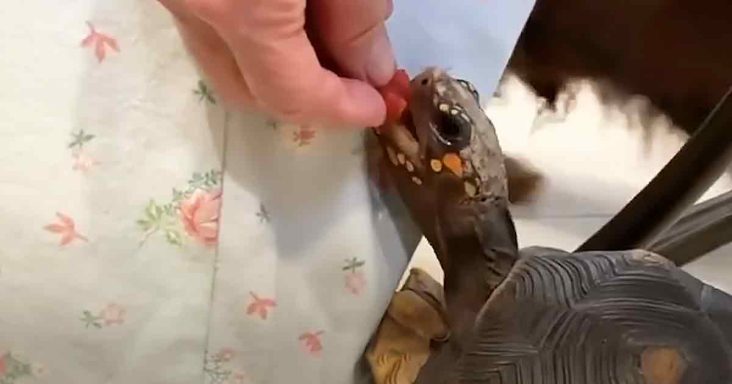 Malti, the tortoise, loves her grandma more than anything in the world. Whenever she sees grandma, she will run to her and start climbing her leg asking for treats.

Shannon cannot get over how much her mom spoils Malti. Malti has been with Shannon ever since Malti was 5 weeks old. Now Malti is 6 and a half years old.

In the first year or so, Malti was standoffish and almost feral. It took some time before Shannon and her actually bonded. Then Malti shocked her with how smart and sensitive she was.

Malti had always liked to climb. When she realized that she could get taller by going up, she did it all the time to get closer to snacks. She is also good friends with a dog named Flash Gordon.

Dogs and tortoises are not usually a good combination. But everyone in Shannon’s family gets along well. Flash Gordon is a year younger than Malti, and she’s always been a constant in his life.

They are very similar because they have the same motivation and love with their stomachs. Malti is beloved by the entire family, and she will always follow grandma wherever she goes.

Shannon has learned so much from Malti. It doesn’t matter whether a living being is warm-blooded or cold-blooded. Malti has shown Shannon what life is like from her perspective. 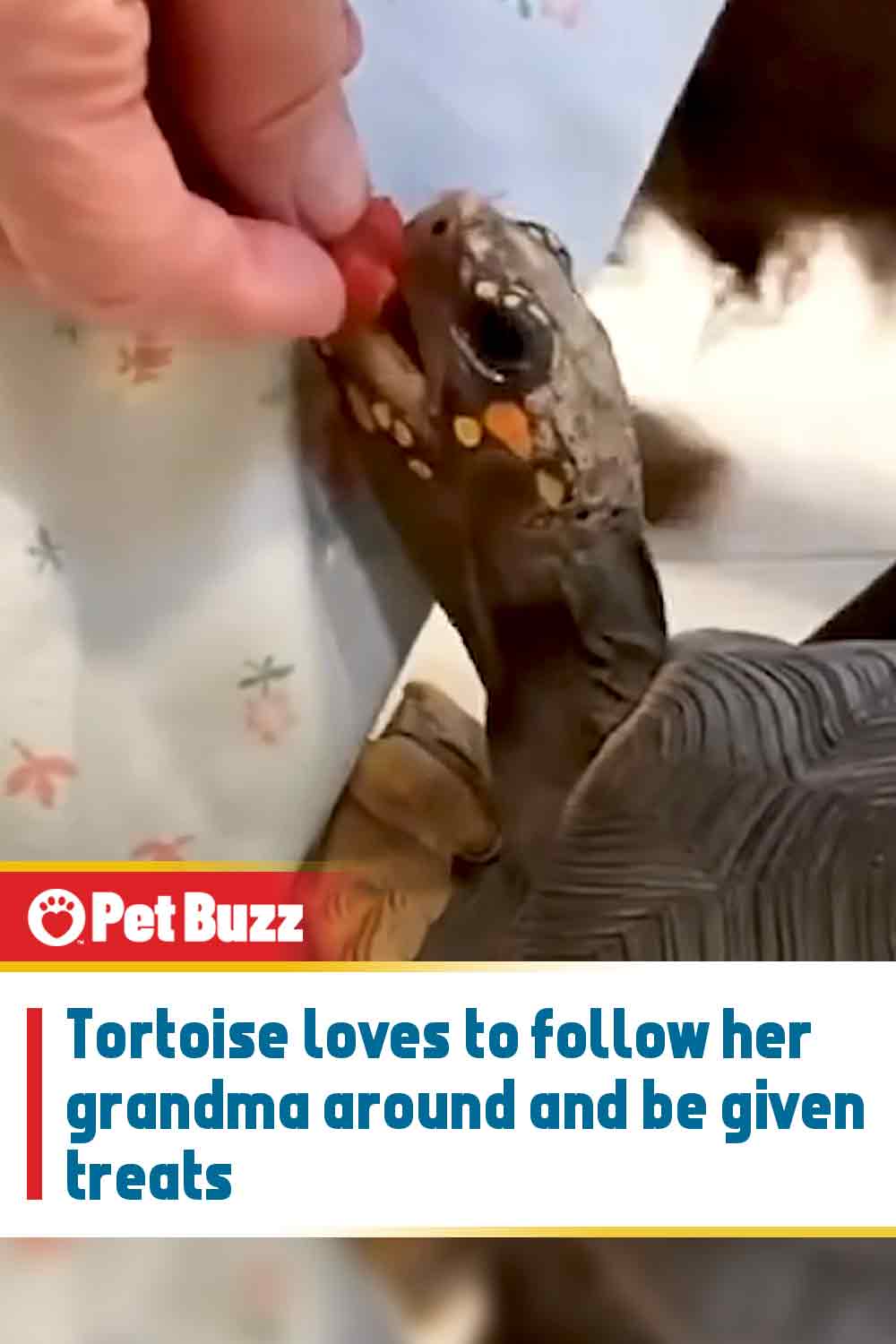