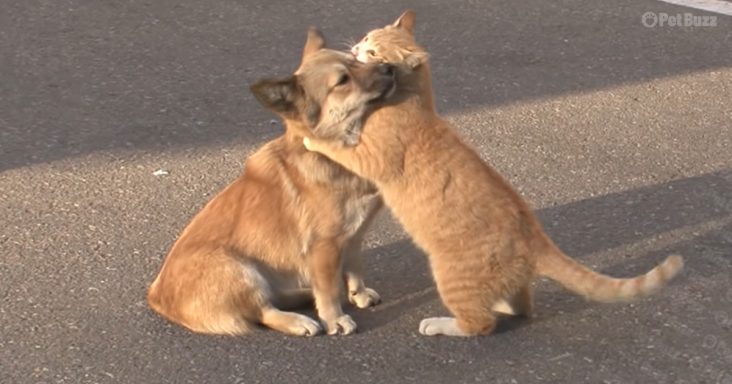 In front of an apartment building, a stray dog stayed in the same spot for about six months. The dog made a friend who was a stray cat, and the apartment residents saw that they were always together.

They both sat by the entrance of the apartment. The dog would examine everyone who passed by while the cat ran away and returned when no one was around.

Two seniors had actually been taking care of the dog. Sadly when they were taken to a senior care facility, they weren’t allowed to bring pets. The dog had no home and continued to wait for them to come back.

Some of the residents helped take care of the cat and dog. They left food for them, and someone built a small shelter to protect them from harsh weather.

Even with the tiny house available to them, they still stayed in front of the entrance to the building. The days were getting colder as winter progressed, and the residents were worried about them being outside.

A rescue team was brought in to help capture the cat and dog. They set up a net by their favorite spot, and the dog knew something was amiss. Using food, they were able to lure the cat into the trap and capture him.

It took much longer to capture the very cautious dog, but he still came back to the same spot. Eventually, they caught the dog, and the residents were relieved. Both the cat and dog were taken to the vet for a medical check-up, and everyone hoped they would be adopted by a loving family. 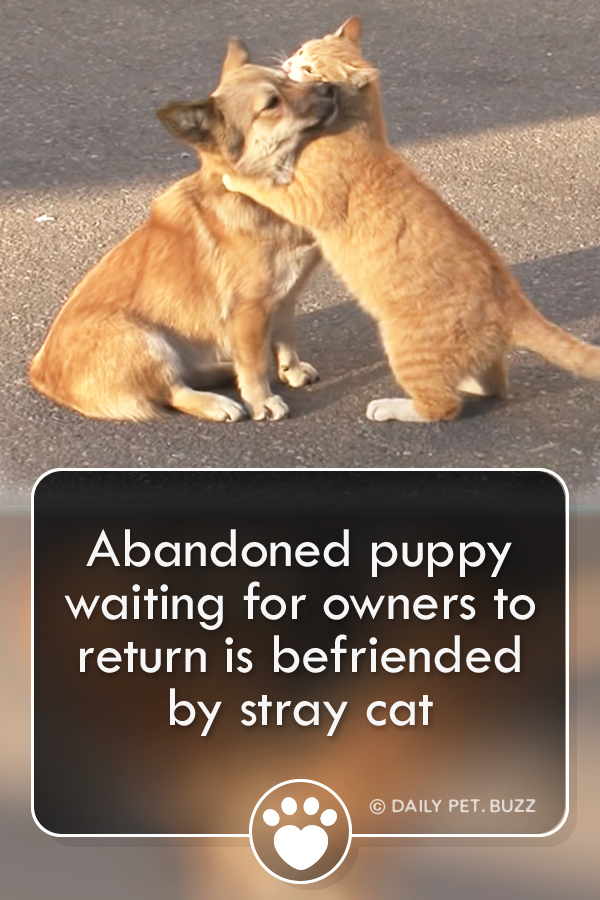