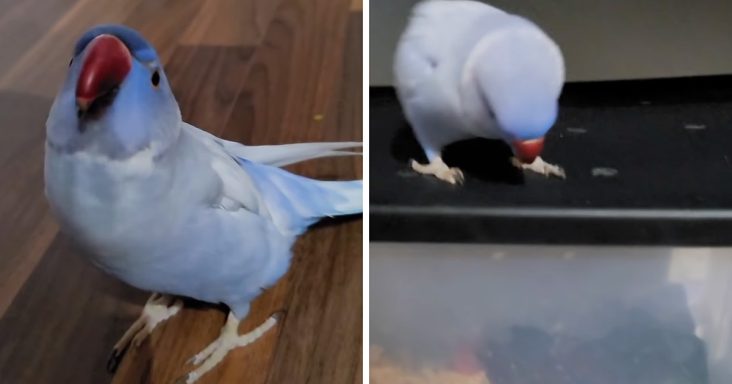 Cypress is a beautiful Violet Harlequin Ringneck who has become protective over two baby birds that aren’t even his. He tries to peck anyone who comes close to the tiny chicks.

At their home, they have a babysitting service. The two babies are Eclectus parrots. The species is sexually dimorphic, so you can tell the male and female apart based on their color.

Males have green plumage while females have red or purple plumage. The two babies were being kept in a small box. And one was green, and the other was red.

Their feathers were magnificent, and they sat quietly and comfortably in their box. Whenever the caretaker would try to get close to them, Cypress would peck her.

When Cypress was born, his mother bit his wing off. When the feathers came back, they didn’t correctly grow, so he couldn’t fly. But he lives a happy life and has learned to climb independently.

He has chosen to become the protector of the babies, and he will stand guard by staying on top of their box like a stone gargoyle. It was his natural instinct to become protective of the babies.

All the birds in the home are free to roam. Cypress isn’t punished for being aggressive or hurting his caretaker. The babies still get their food when they need it. 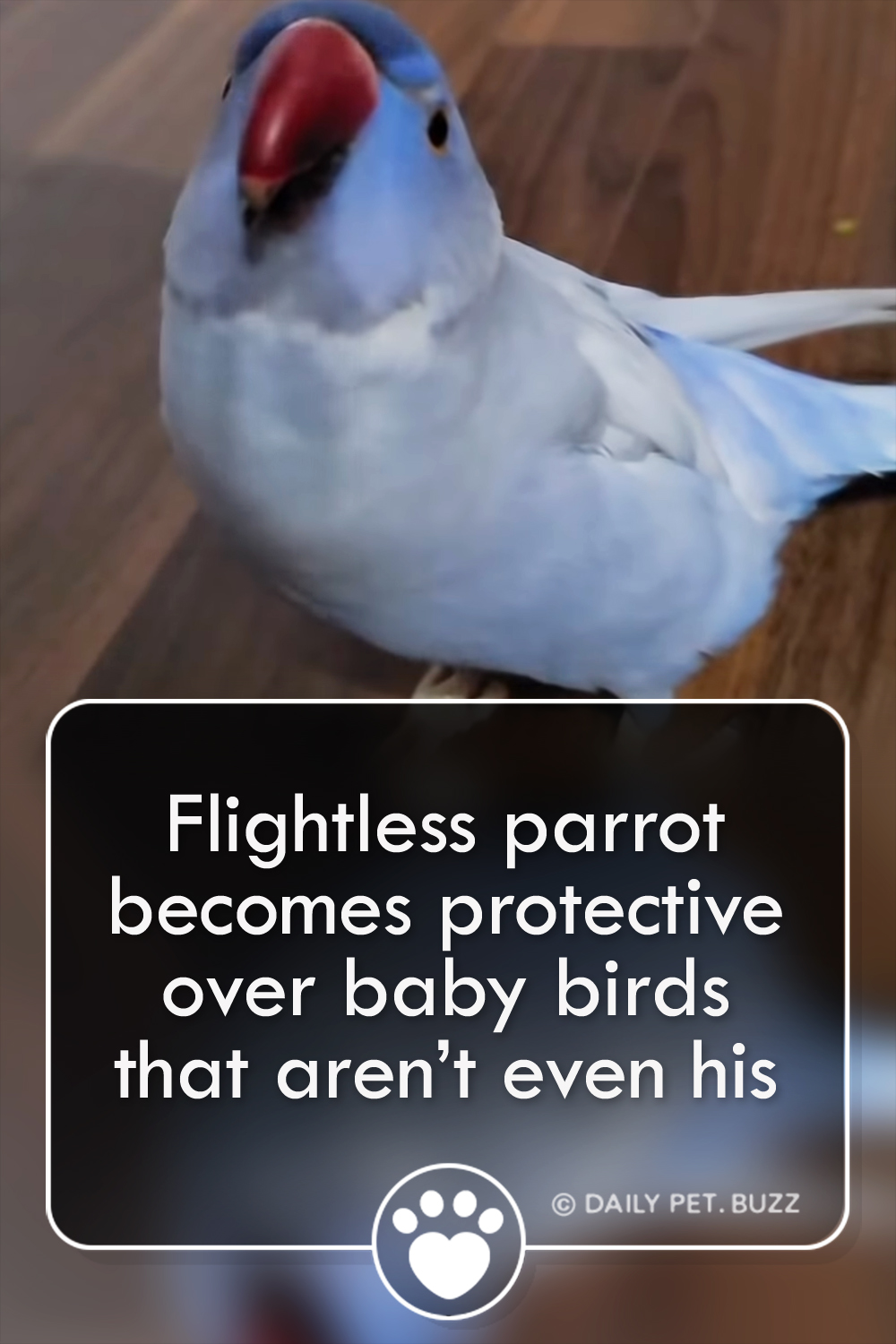