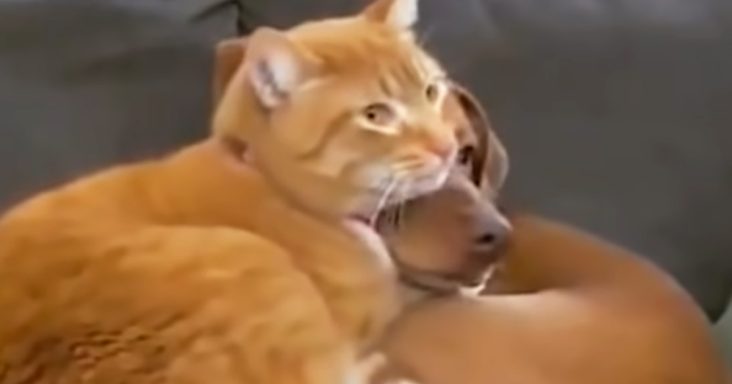 Joule the Vizsla gets quite anxious when she’s home alone, but luckily for her, she has a best friend who is excellent at comforting her. Joule is an adorable and loving dog.

Hidden cameras were set up to see how Joule was doing, and her owners were surprised by what they saw. On a grey couch, Joule was curled up quietly.

Then, Kelvin, the cat, would slowly walk towards Joule and snuggle up with her. Kelvin usually started by rubbing his head gently against Joule. Both of them began cuddling on the couch.

It is in these moments that Joule is most relaxed. Kelvin seems to be hugging her sometimes with his paws wrapped around her. After a while, they fall asleep together.

Kelvin and Joule had become inseparable. Kelvin’s caring caresses have made Joule more comfortable and happy. She can relax without any worries. They can always be seen napping together.

Their fur colors are pretty similar, so when they are wrapped around each other, it can be hard to tell them apart. Joule’s eyes light up whenever she sees Kelvin approaching her.

Watching them sleep is a peaceful sight. Two furballs on the couch resting and dreaming of treats and toys. It is heaven on earth for Kelvin and Joule when they are with each other. 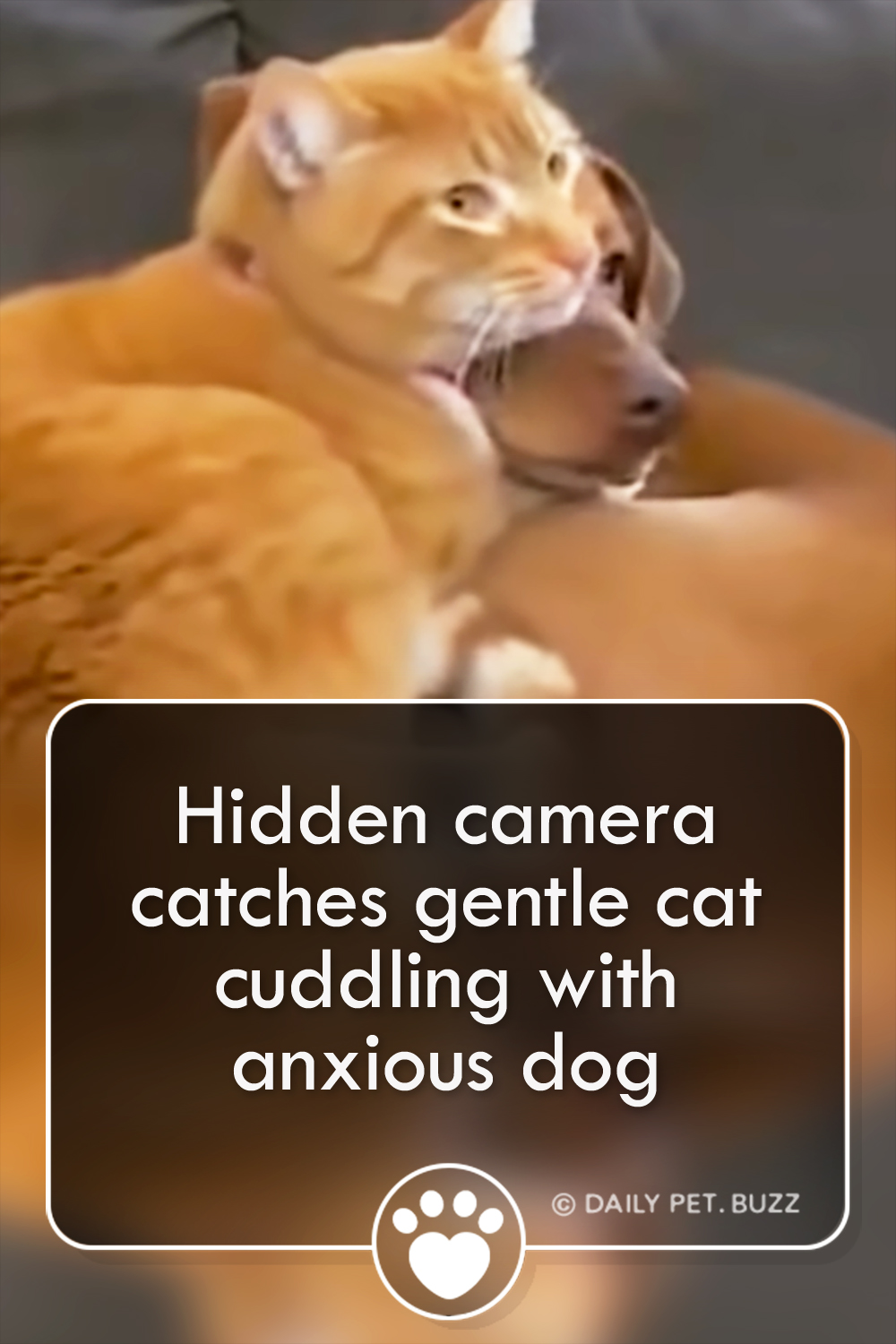