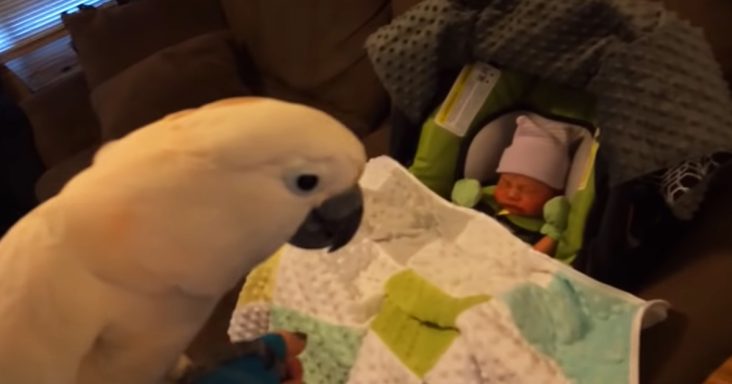 When Oliver Grey Vannoy was born, he had a lot of friends at home waiting to greet him. He weighed 7 pounds and was 20.5 inches long with a big smile on his adorable face.

While Oliver was sleeping on the couch, Gotcha the Moluccan Cockatoo was the first to see him. Gotcha was carried from his cage and perched on his owner’s hand.

Oliver didn’t wake up, and Gotcha looked at him with curious eyes, and he turned his head side to side. He learned the baby’s name and seemed to understand that he was sleeping.

The next to meet the baby was another bird named Letty. She looked at Oliver with some confusion and admiration. There were a lot of emotions going through everyone in the house.

Then when the birds were done, the dogs were let in, and they ran excitedly towards the couch. They sniffed Oliver carefully, and their tails wagged with joy.

The dogs immediately knew that Oliver was fragile, and they treated him with love and a gentle touch. All the pets were filled with playful energy.

It was a very full house, and while Oliver continued to relax on the couch, his dad was next to him playing video games. Gotcha continued to watch Oliver like a protector and friend. 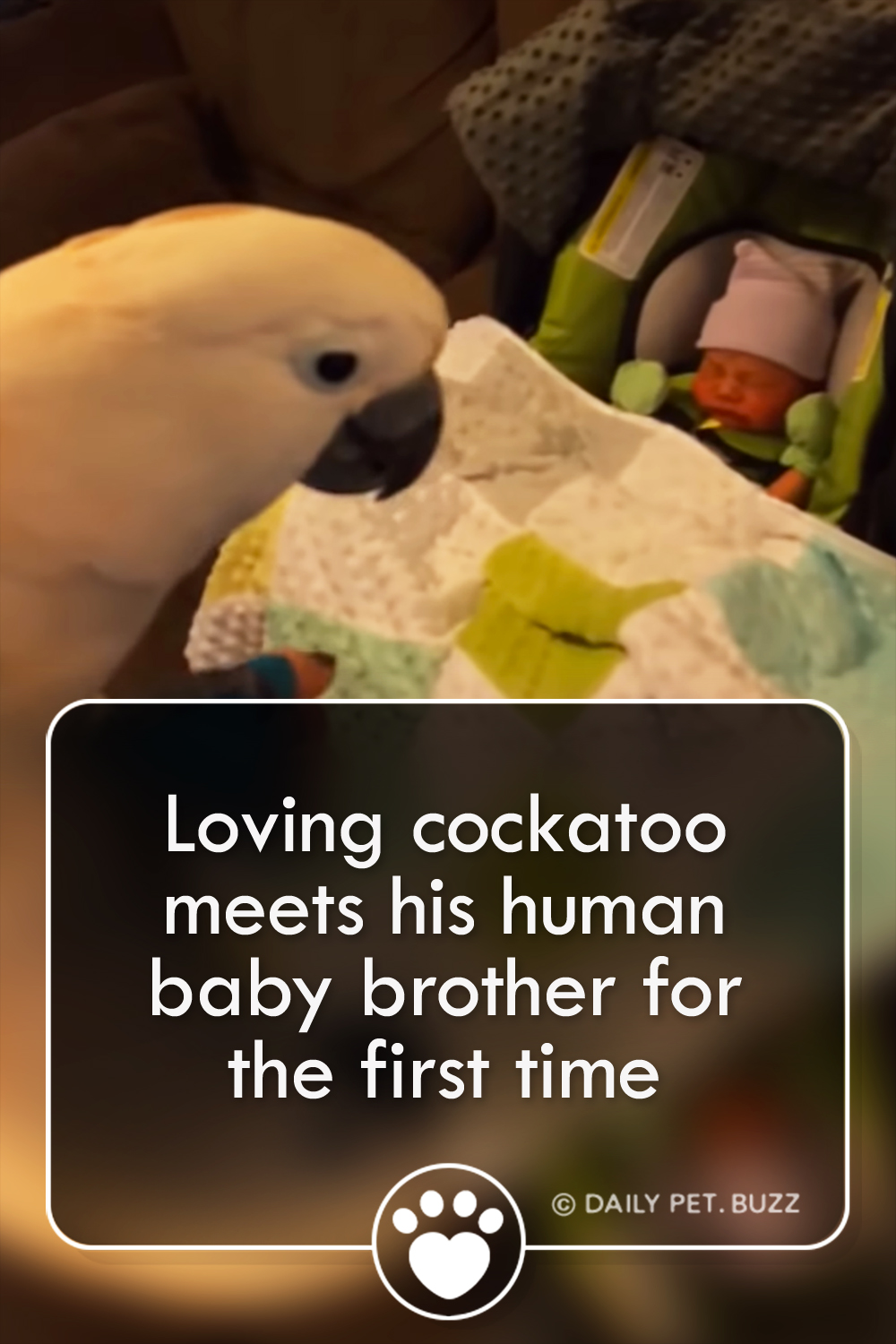