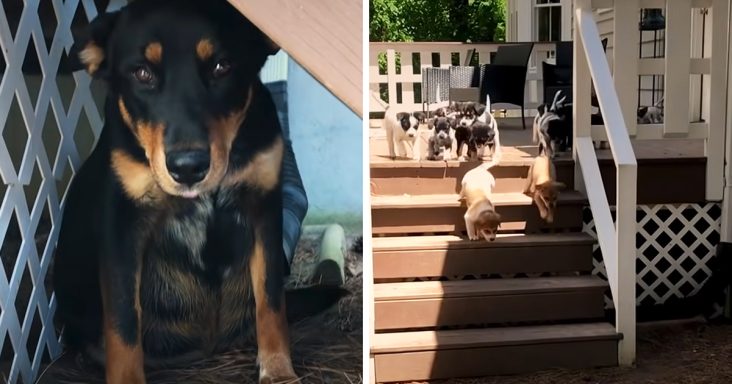 Carter had never taken care of a pregnant foster dog before, but when she saw Pebbles, she knew she had to do everything in her power to help her.

She was incredibly stressed out because she felt unprepared, and Pebbles looked “enormously” pregnant. Carter’s nickname for Pebbles was “Chunky Monkey.” A week after Pebbles arrived, she went into labor.

At around 2 am the first batch of puppies arrived. They were five, and Carter thought that was manageable, then the next contraction arrived. More puppies came, and they kept coming.

By the end of it, Pebbles gave birth to fourteen puppies. She and Carter had their hands full, but Pebbles was an excellent mother. She was the sweetest parent and worked overtime to keep them fed and clean.

The fourteen puppies learned so much from their mother, and Pebbles prepared them well for when they would one day be adopted. All of them were adorable in their own way.

It was an emotional day when Pebbles was adopted. Her new name was Zara, and she found the perfect family with a young boy named Wyatt and his mother, Cassandra.

Wyatt immediately bonded with Zara, and he loves to be involved with training her. Cassandra is excited to watch Wyatt and Zara grow up together. 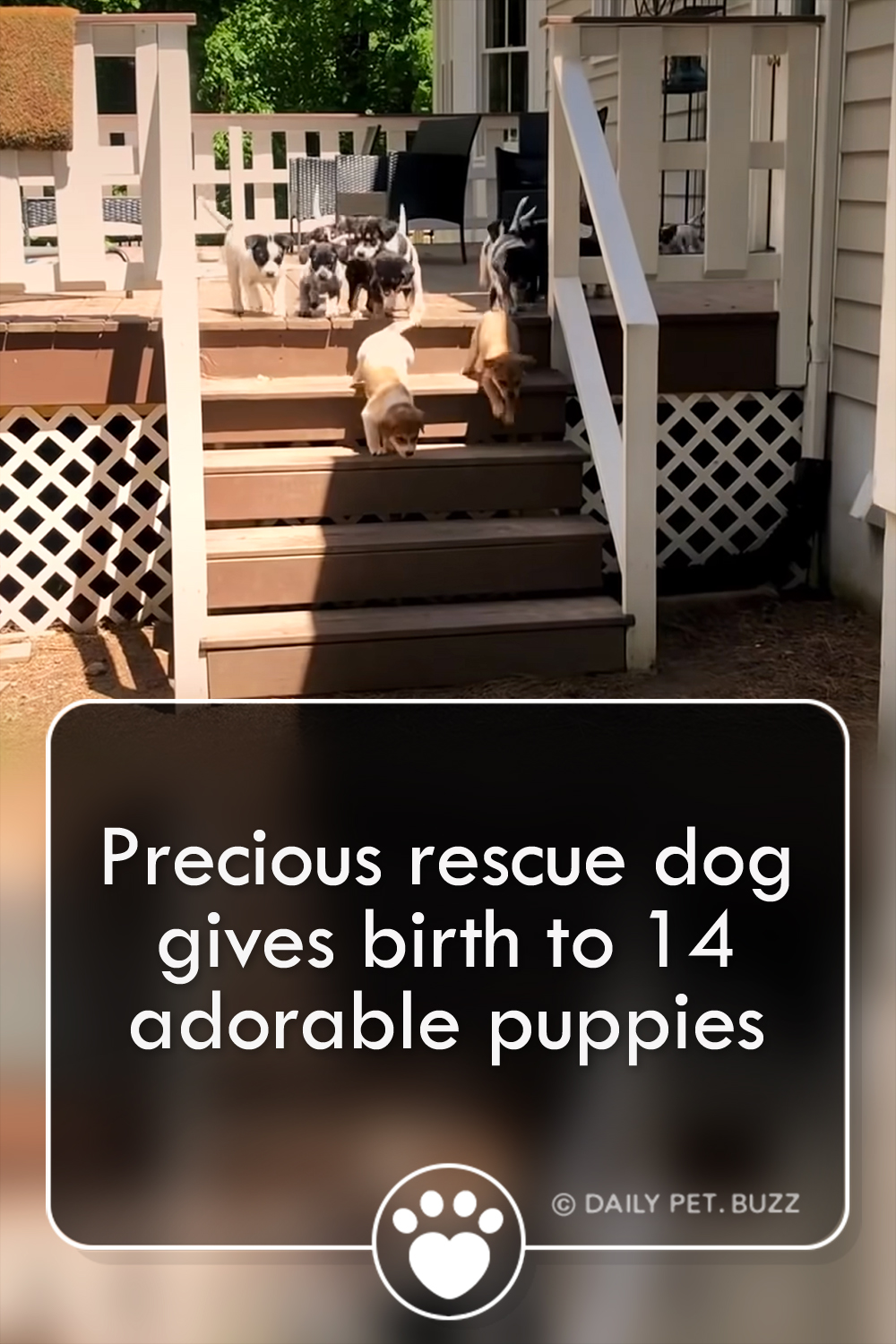