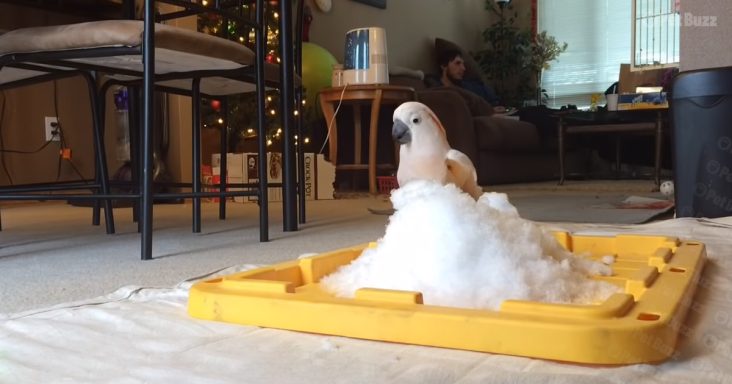 It is infrequent for exotic birds to get to see snow, but Gotcha, the Moluccan Cockatoo, is one of the luckier ones. His kind owner came into the living room and gathered a pile of pristine white snow.

The snow even matched the color of Gotcha’s gorgeous feathers. Nearby a dog was watching them play with the cold flakes. Gotcha was curious and walked around the pile.

Then after carefully moving around the snow, he started to grab some with his beak. That’s when Gotcha realized it was a delicious cold snack he could munch on.

He climbed on top of his owner’s hand so he could eat from the center of the platter. Gotcha was very careful, so he wouldn’t fall down into the large mass of whiteness.

Another bird named Letty came to see what was going on, but she started to flap her wings angrily and walked away from the snow. She did not like it at all.

Meanwhile, Gotcha continued to eat the cold meal, and he was also playing around with it. A small snowman was made for his enjoyment, and Gotcha started to bite its tiny head.

At one point, Gotcha accidentally fell into the flakes, and he quickly hopped off and ran away. He likes to be around it, but he certainly doesn’t want to be in it. 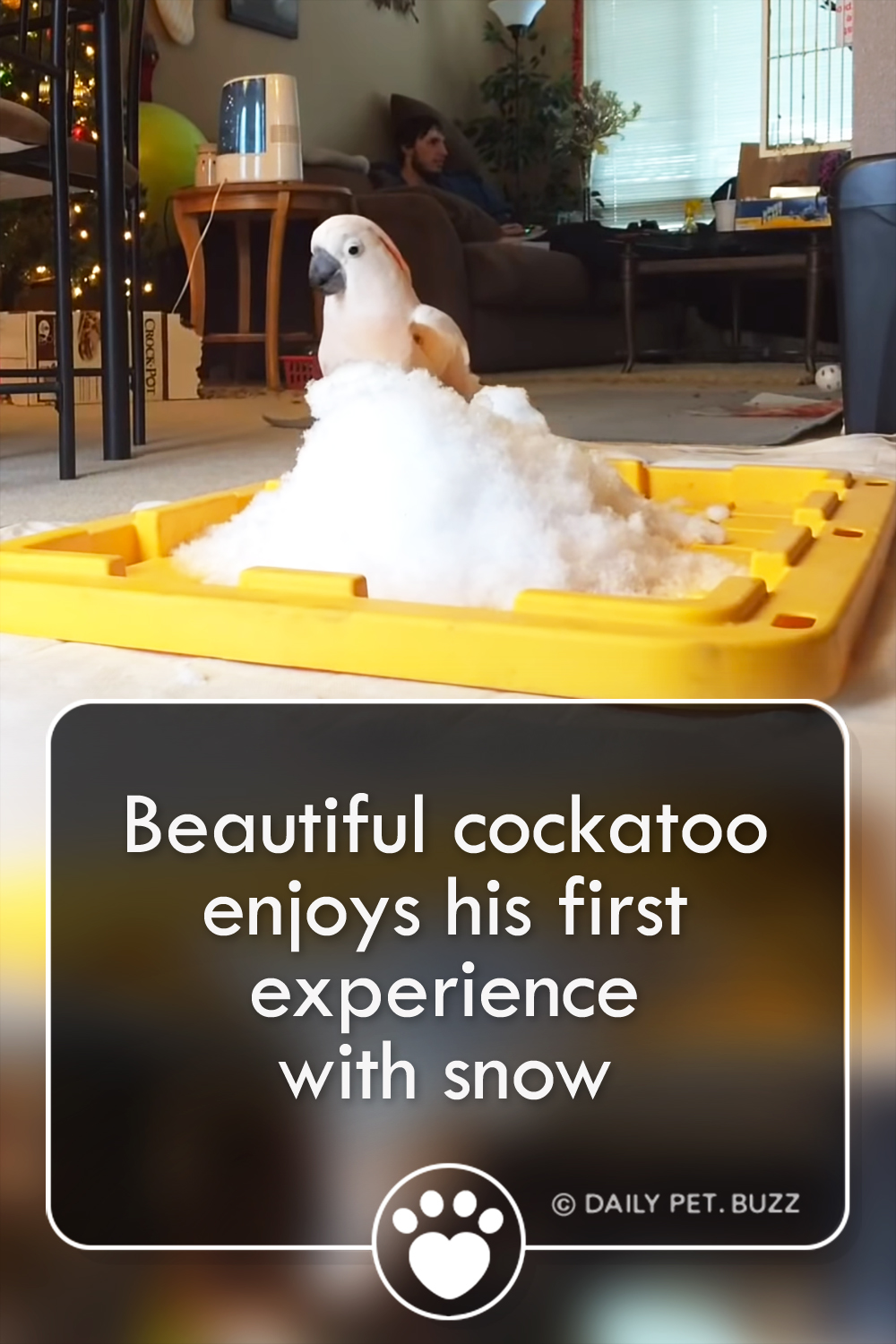