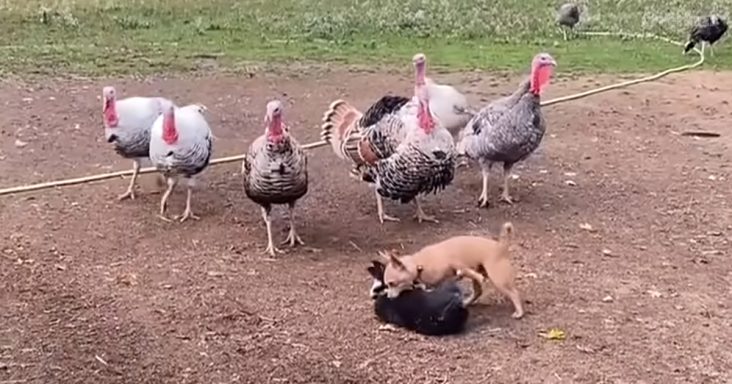 Henry was an adorable Chihuahua who had a problem being adopted because he wasn’t comfortable around men. Luckily, a woman named Mia was looking to bring in a young dog onto her farm.

Mia runs a farm where she rescues pigs, dogs, chickens, pigs, and turkeys. She likes to call it a peaceful kingdom that looks like Jurassic Park.

The turkeys showed Mia that they act a lot like people. Turkeys do not like conflict, and when Henry showed up on the farm, he insisted on playing with everyone right away.

When Henry played with the other dogs, the turkeys first thought they were fighting, so they tried to break it up. Henry saw that as an invitation to play with them.

Mia was worried that Henry would bother the turkeys, but they seemed to enjoy his company. She was happy to see all the animals getting along together.

After two years living on the farm, she has over 300 birds and knows around 200 of their names. Mia had first moved there to take care of her mother, but after her mother had to be moved to a nursing home, she opened the place up to animals.

She says it is an honor to dedicate her life to taking care of all and any kind of animals that may end up on her glorious farm. 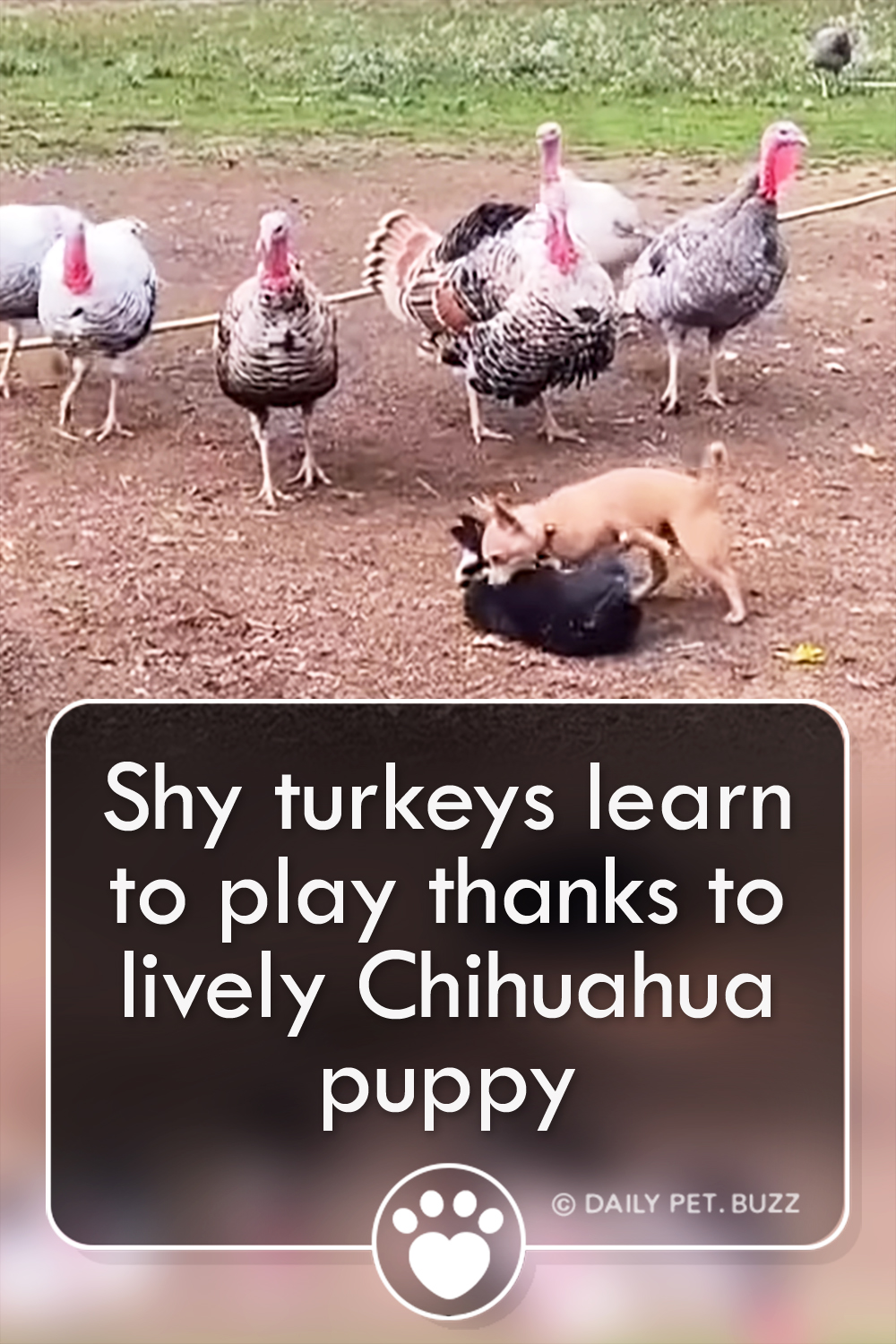