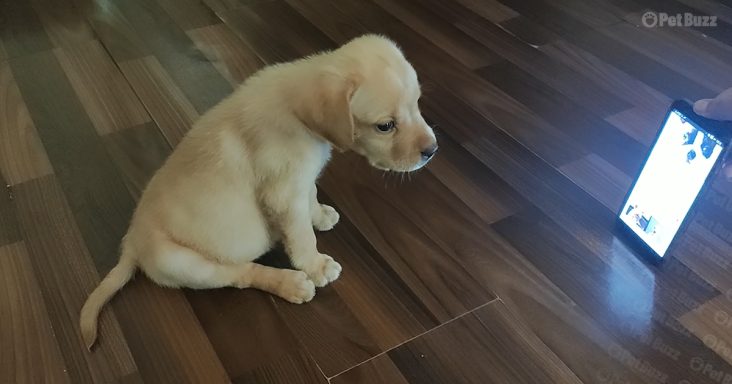 Milo, the adorable Labrador puppy, was not sure how to react to the sound of dogs coming from a strange device. His fur was shiny, and he sat peacefully on a wooden floor.

A bright phone screen was placed in front of him, and the sound of dogs started playing. Milo was startled and jumped back, and he was confused and curious at the same time.

There seemed to be dogs in the small rectangular object. They were whining, barking, and howling. With his innocent beady eyes, Milo continued to look into the screen.

Nothing was happening, and Milo waited for the dogs to appear. They continued to make noises, and at times he was still a bit nervous. As a puppy, there was still a lot for him to learn.

While watching, he got excited and approached the phone slowly, but he moved away from it again. Milo kept looking around for signs of other dogs.

The only thing he could hear was the barking from the phone. It seemed that he didn’t like being near it, so he moved even further away. His toys were around him to give him comfort.

Milo sat down and no longer reacted to the dogs that he could hear. Anyway, he has lots of toys to play with at home, and he doesn’t need other dogs at the moment. 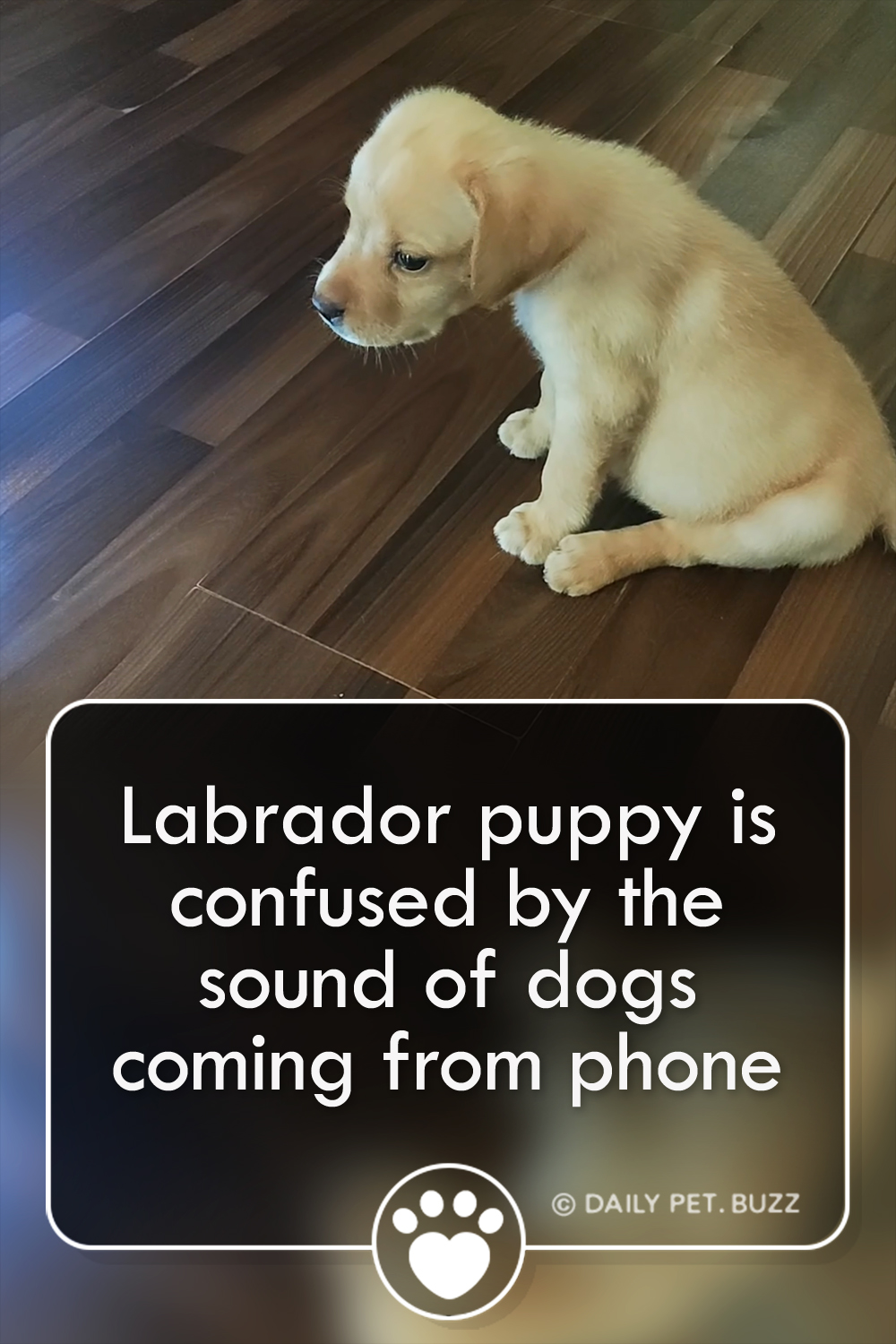