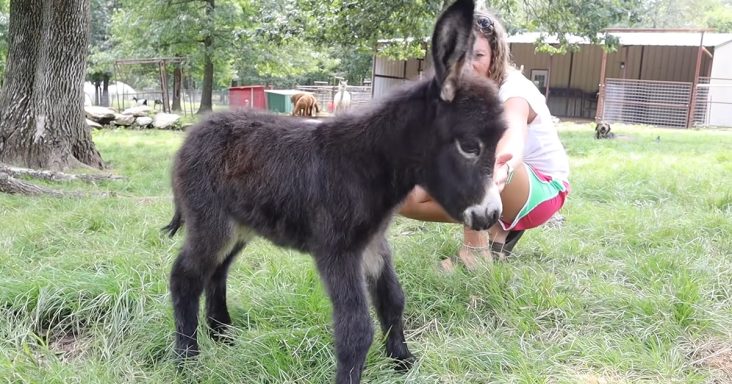 Daniel from Arms Family Homestead was surprised when he suddenly saw a baby donkey when he fed the chickens. He wanted to catch the birth on camera, but he was too late.

The miniature baby donkey was adorable, and his mother, Freedom, was very protective of him. Whenever Daniel or anyone got close, Freedom started to kick.

DeJay, Daniel’s wife, and their kids were advised not to get close to the baby until Freedom trusts them. As much as they wanted to touch the newborn donkey, it wasn’t a good idea at the time.

They actually had a softball game to go to, leaving Freedom with her baby. Daniel wasn’t sure how old Freedom was or if that was even her first baby.

After the ball game, they returned and spent some time with Freedom and the baby. While she was busy eating grain, he could pick up the baby donkey.

He was surprised by how big the miniature baby donkey was. Freedom seemed more comfortable having them around her baby the next day, but she was still wary. They calmed her down by giving her snacks.

Daniel said that in his personal experience, miniature donkeys can kick extremely hard. They still had to be careful around the protective mother. 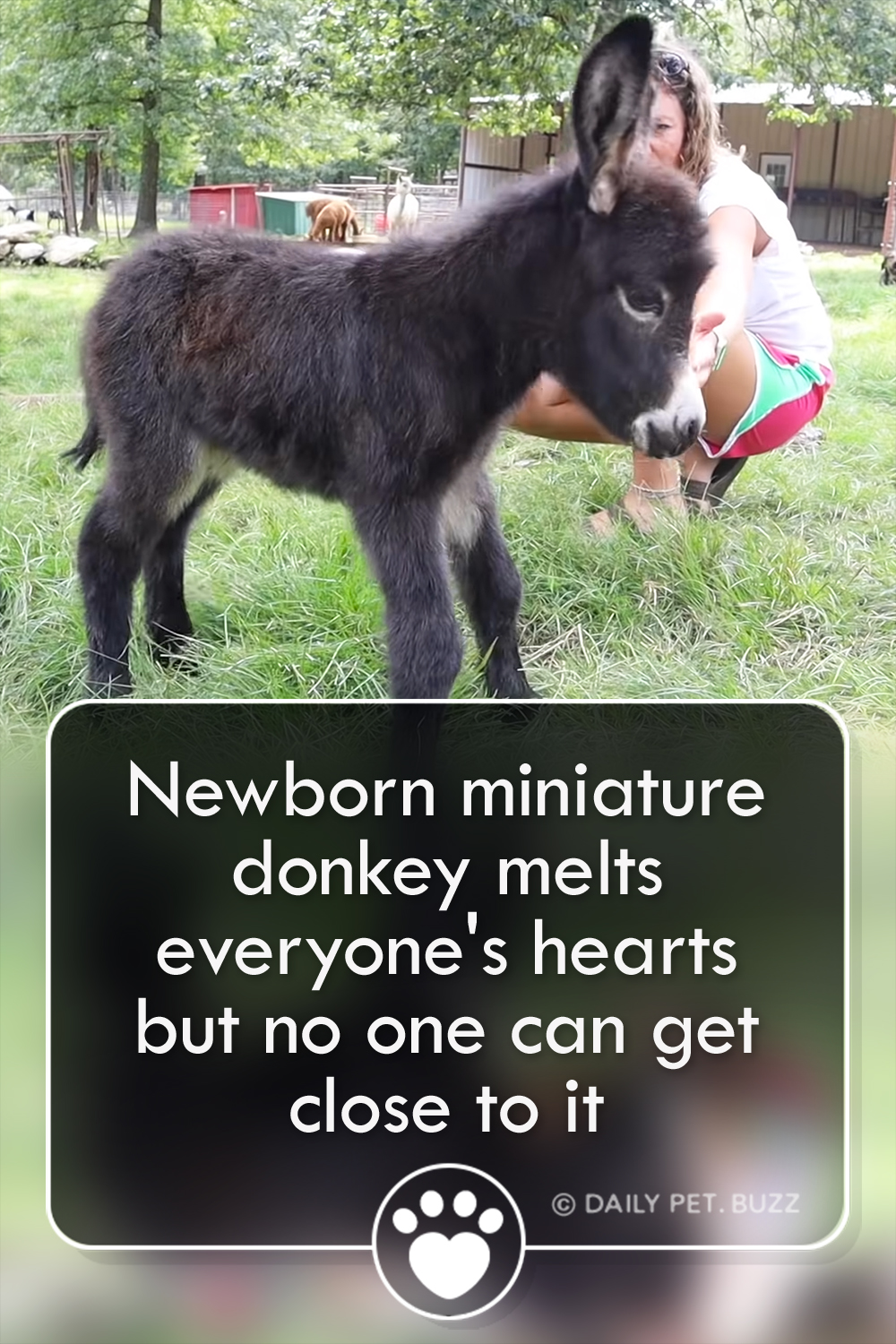