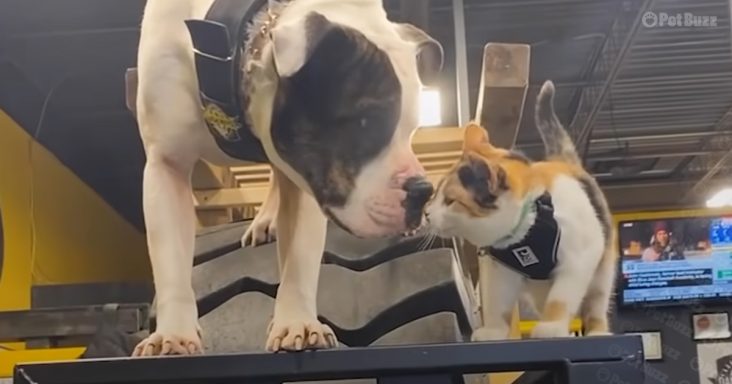 When Carissa and Tad decided to get a second pet during the pandemic, they couldn’t be happier about their decision. They lived with a Pittie named Henry, who was an adorable dog.

Tad was previously quite adamant about not getting a cat. He wasn’t sure what changed his mind, but he suddenly agreed to adopt a kitten named Frankie.

When they brought Frankie home, they weren’t sure how Henry would react to her. He seemed okay with her, then after a few days, they became more comfortable with each other.

Carrisa and Tad learned that Frankie was adventurous. Frankie would constantly sneak up to Henry so she could cuddle with him. She wanted to join them when they walked Henry.

Tad would walk around with Frankie perched like a bird on his shoulders. Frankie learned to love the outdoors in time, and she would always climb trees.

Since she is still young, she can be mischievous and a handful, but they love her for it. Frankie shows her love by grooming, and Henry licks her and gives her a lot of kisses.

Tad said it was the best choice they made when they adopted Frankie. Henry and his sister are never apart, and they always seem to be on the same page. 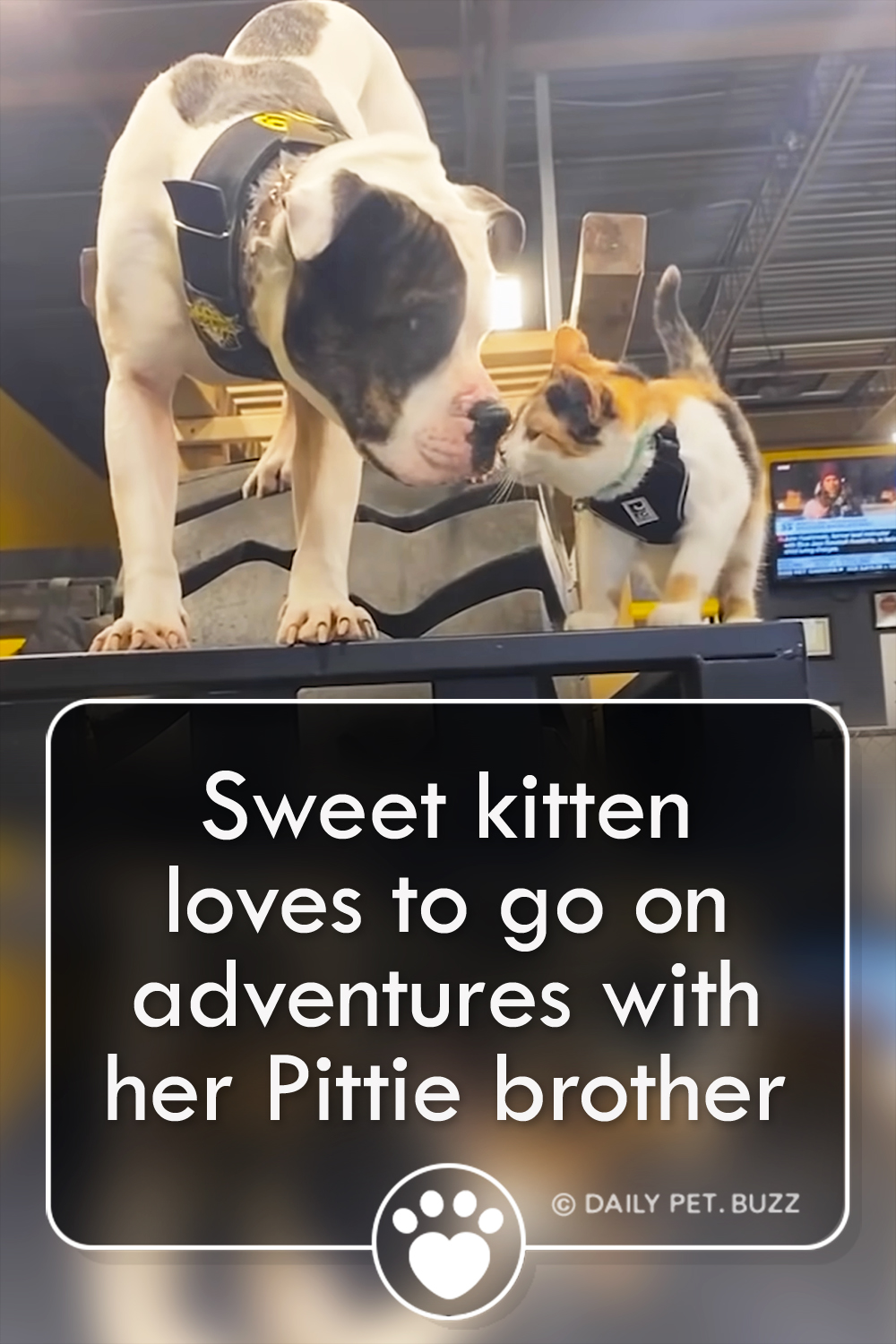