Blinkin was a tiny blind kitten who learned how to play rough with her older giant dog brother, JD. Melissa took Blinkin home after her mother called her about a blind cat. 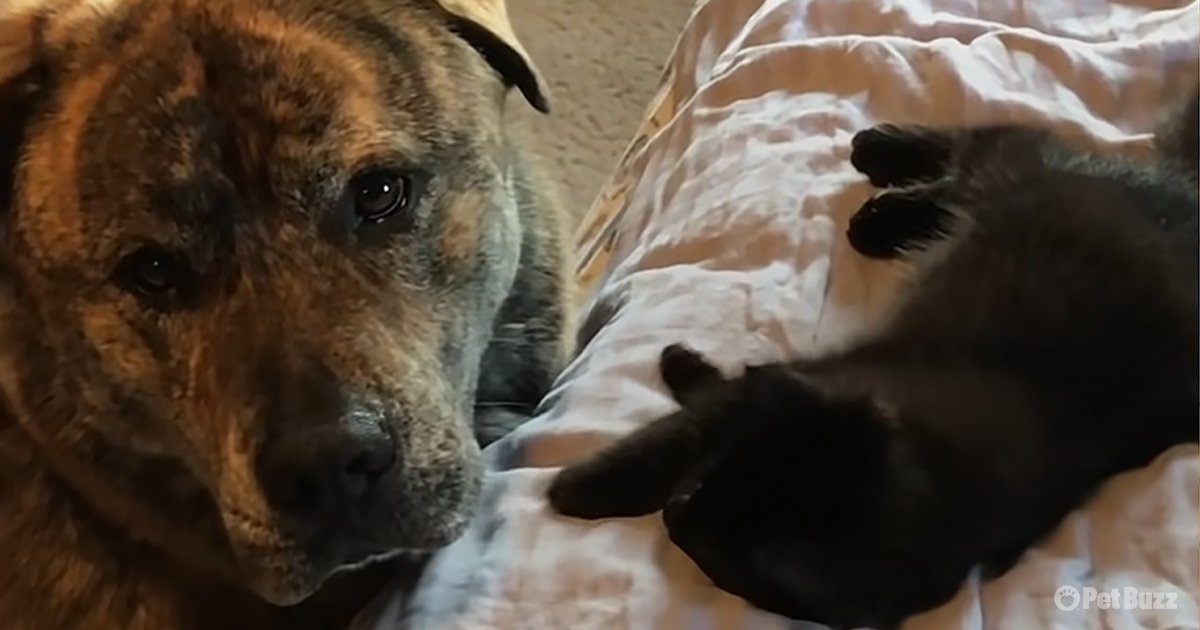 From the beginning, Melissa adored Blinkin. She was small, and Melissa guessed she was around 5 to 6 weeks old. Blinkin stayed in the bathtub for a few weeks before she figured out how to climb out.

Melissa was anxious because JD was massive and didn’t seem to be aware of his sheer size. JD used to avert his gaze from Blinkin, but she wouldn’t leave him alone. 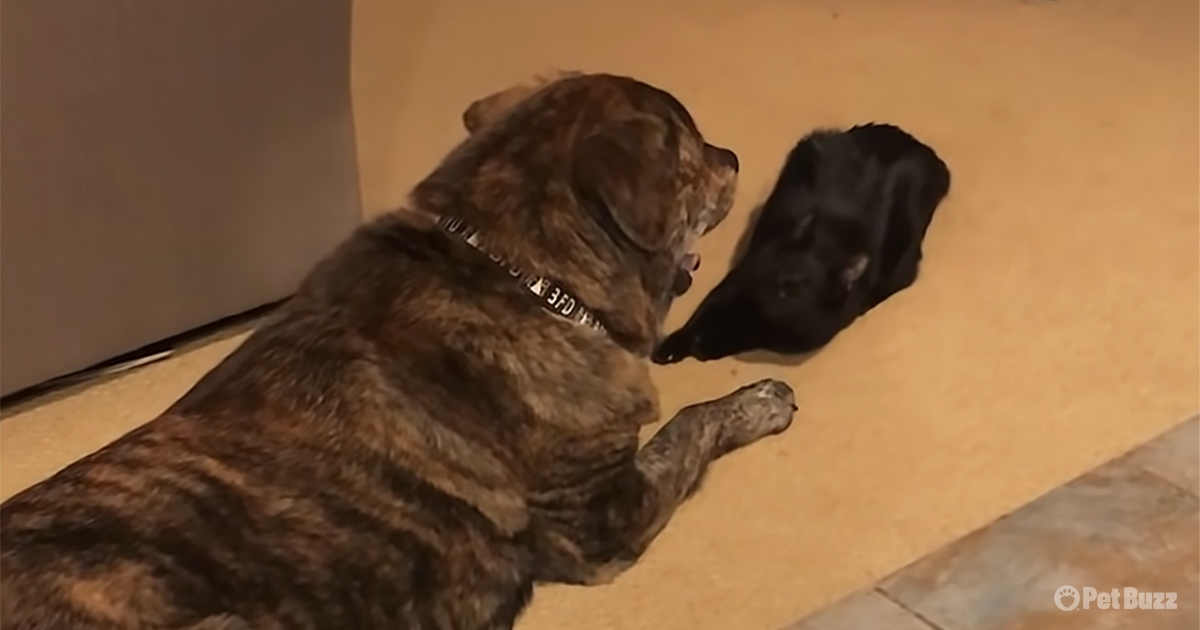 For several months, Melissa did not let Blinkin be alone with JD because she was nervous. Blinkin was simply excited to play with JD and probably thought he was a toy.

Eventually, JD showed that he knew how to be gentle with Blinkin. Melissa allowed them to be by themselves, and that’s when their relationship truly blossomed. 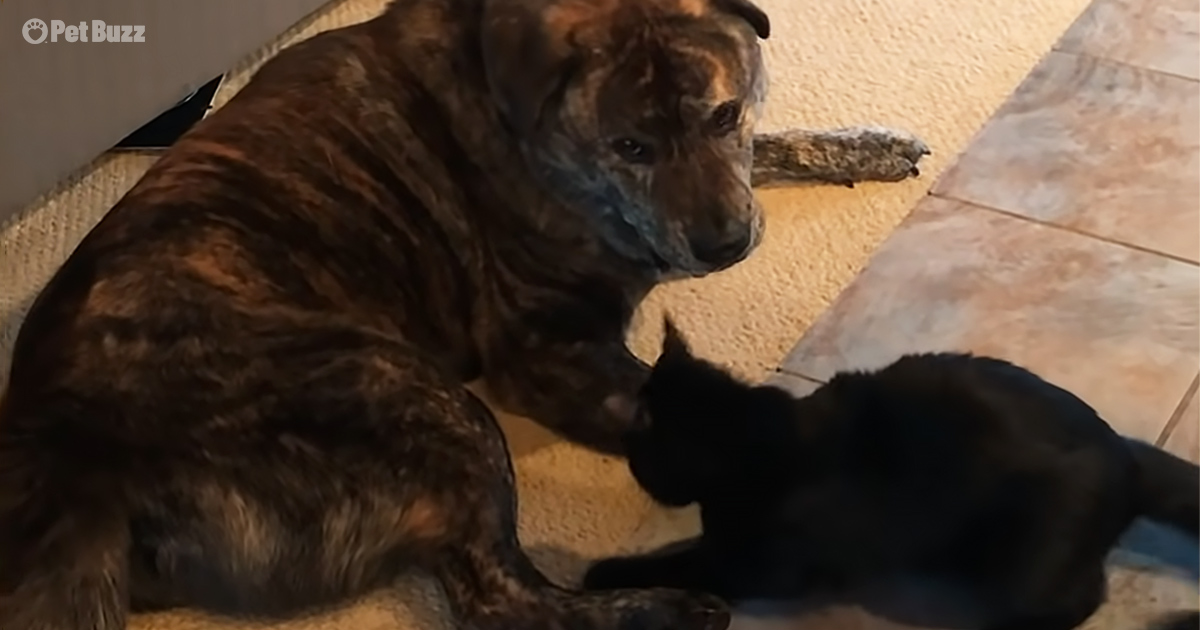 Blinkin grew bigger and started to play rough with JD. When that happened, JD matched her energy but never growled or barked at her. Melissa is constantly amazed by JD’s awareness and affection toward Blinkin.

According to Melissa, no other animal or person in their home was able to be there for Blinkin like JD was. He was the friend that Blinkin needed. Both of them made Melissa so happy. 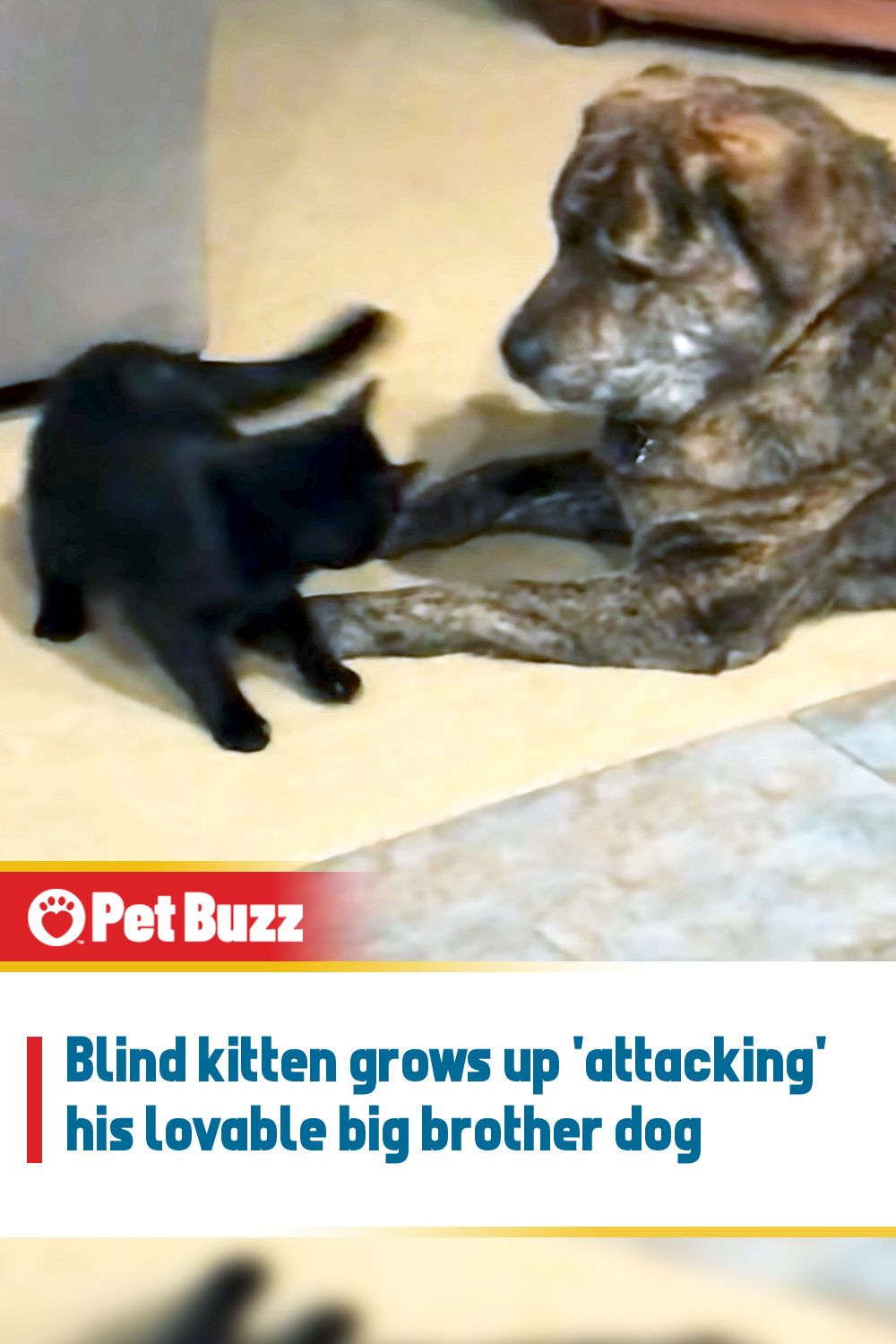