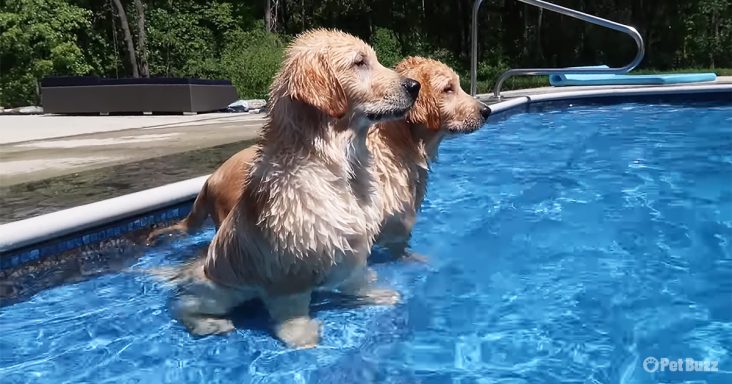 Two Golden Retriever puppies, Dax and Tucker, had a lovely day swimming in the pool for the first time. The sun was shining, and all their friends were already in the water.

Dax and Tucker were already soaking wet. Their golden coats caught the sun and reflected it like metal. Both of them were rolling around until they were summoned to the pool.

Tucker is called closer, and he walks by the edge of the pool. Dax is already in the water, standing by the first step of the stairs that descend into the deep.

With careful steps, Tucker places his paw in the water and joins Dax on the shallow portion. Both energetic dogs stand beside each other and begin barking as their tails wag.

Dax hops around and playfully splashes water all over Tucker. He then encourages Tucker to swim with their friends. Tucker doggy paddles toward someone, and they hold him to keep him above water.

After Tucker gets back to the stairs, Dax takes his turn swimming around the pool. His friends make sure he doesn’t sink, and he enjoys the attention.

Eventually, the precious Golden Retrievers grow tired, and their day of swimming is over. They shake themselves off and cuddle while they get dried on top of their towels. 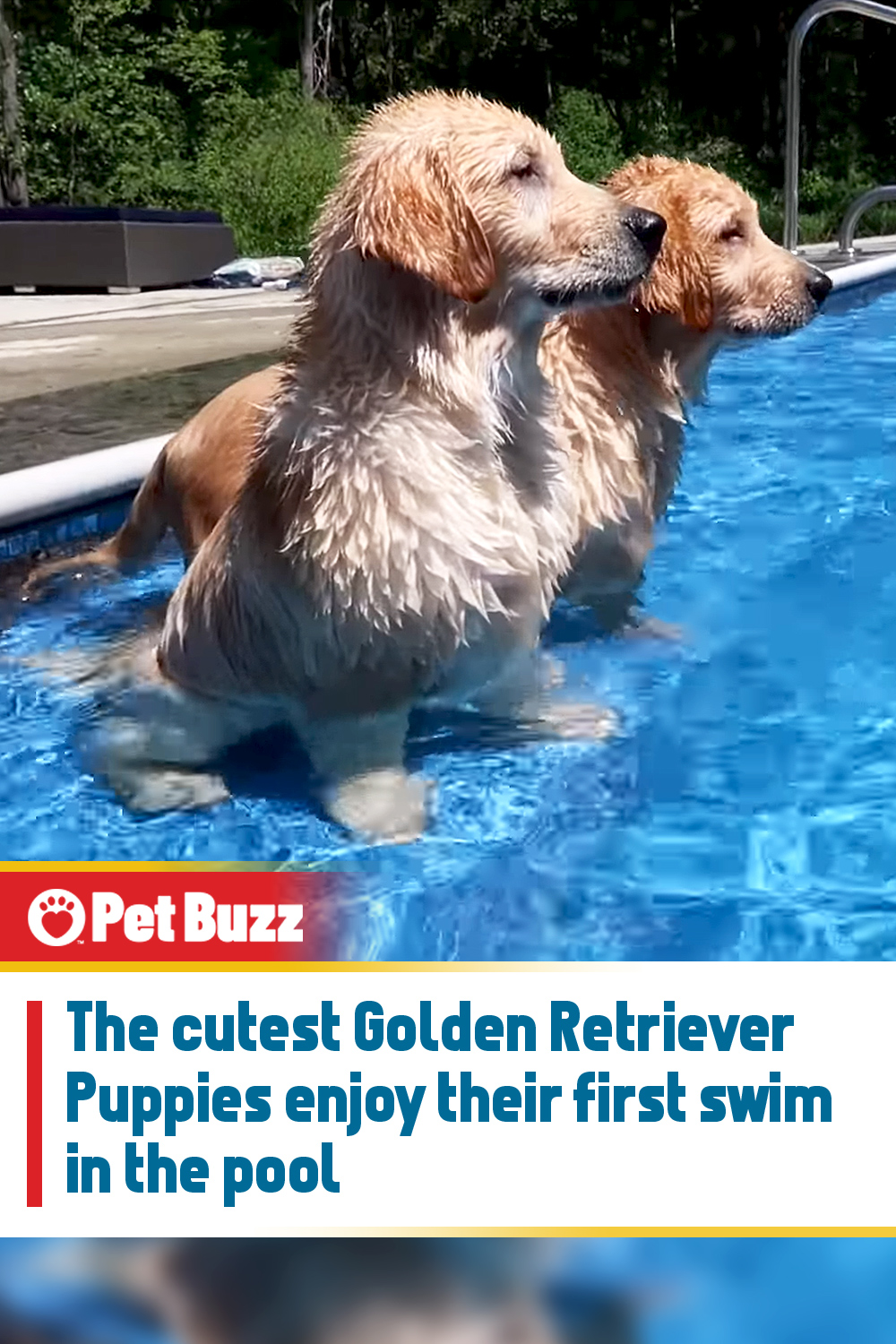