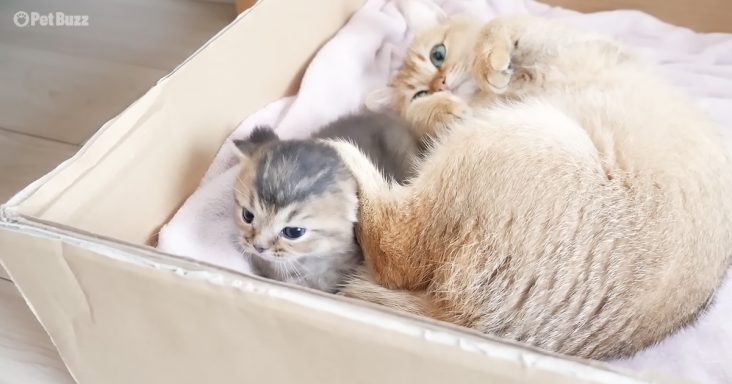 Kiki, a kitten, is slightly overwhelmed by the intense hug of her mother, Mimi. In an enclosed cardboard box, Kiki is relaxing by the edge with her beady eyes wide open. 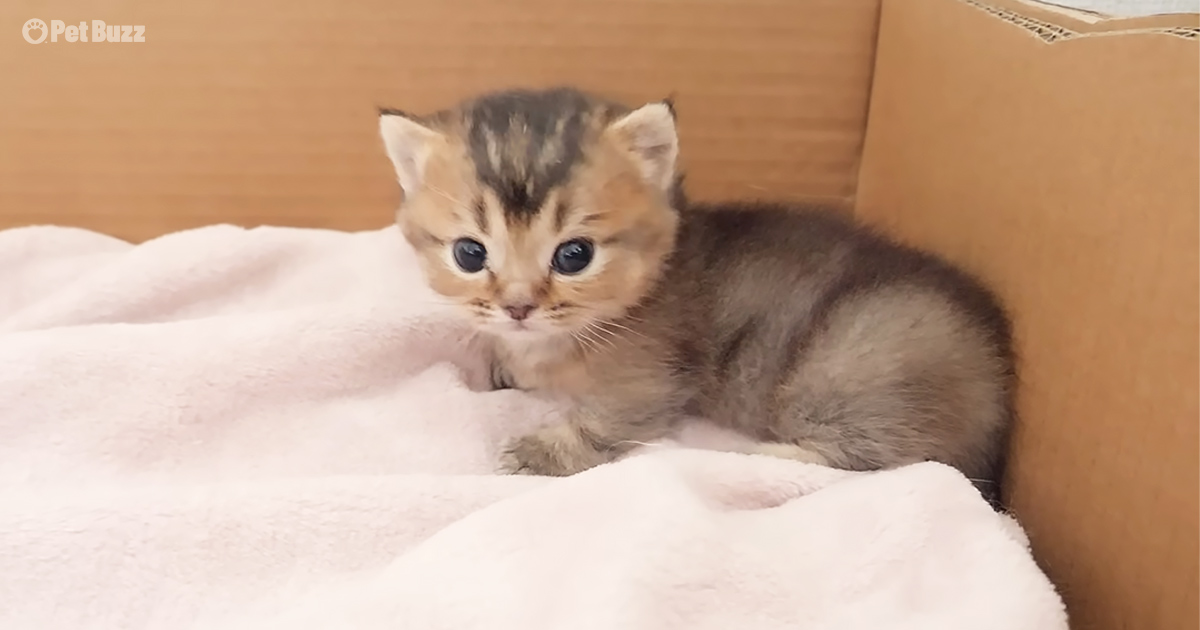 The box is Kiki’s entire world, and she has a soft blanket in which she can roll around. Mimi purrs loudly and approaches her baby. She gently licks Kiki’s round face.

Kiki’s entire body moves while her mother grooms her. She tries to respond with a meow and sounds like a playful squeaky toy. Her eyes are like tiny black marbles. 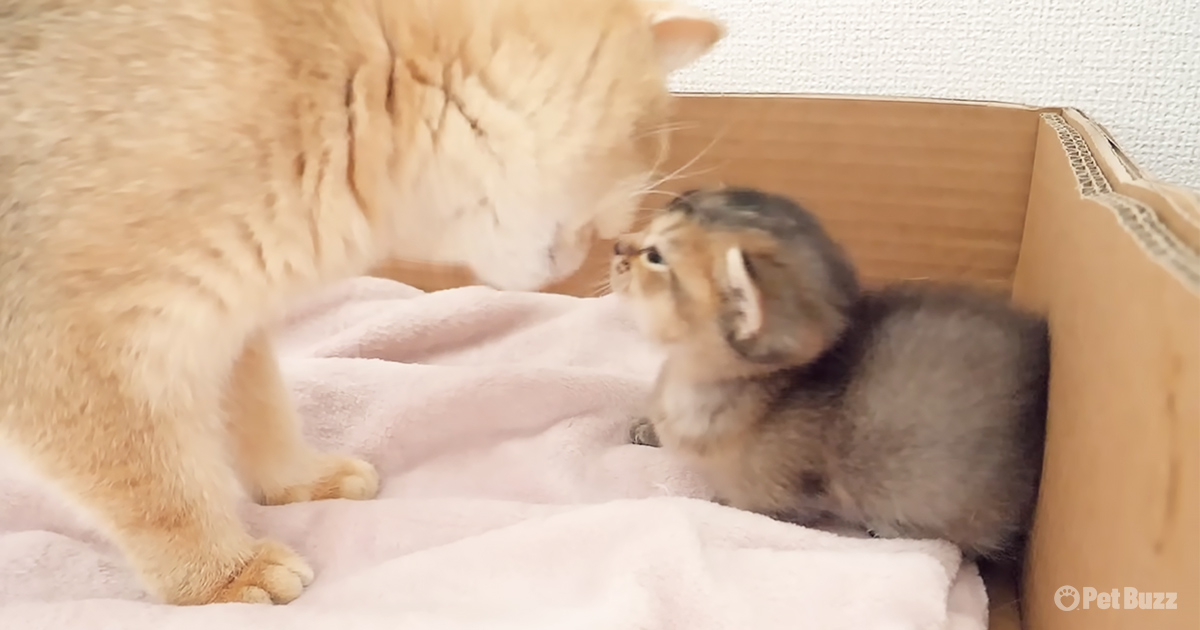 Mother and daughter look at each other lovingly, and Kiki stares with a curious expression. Mimi leaves Kiki for a while, and Kiki tries to follow her.

Kiki, still at the edge of the box, attempts to peek over but is still too small to do so. With her paws and claws, she playfully scratches at the cardboard walls. 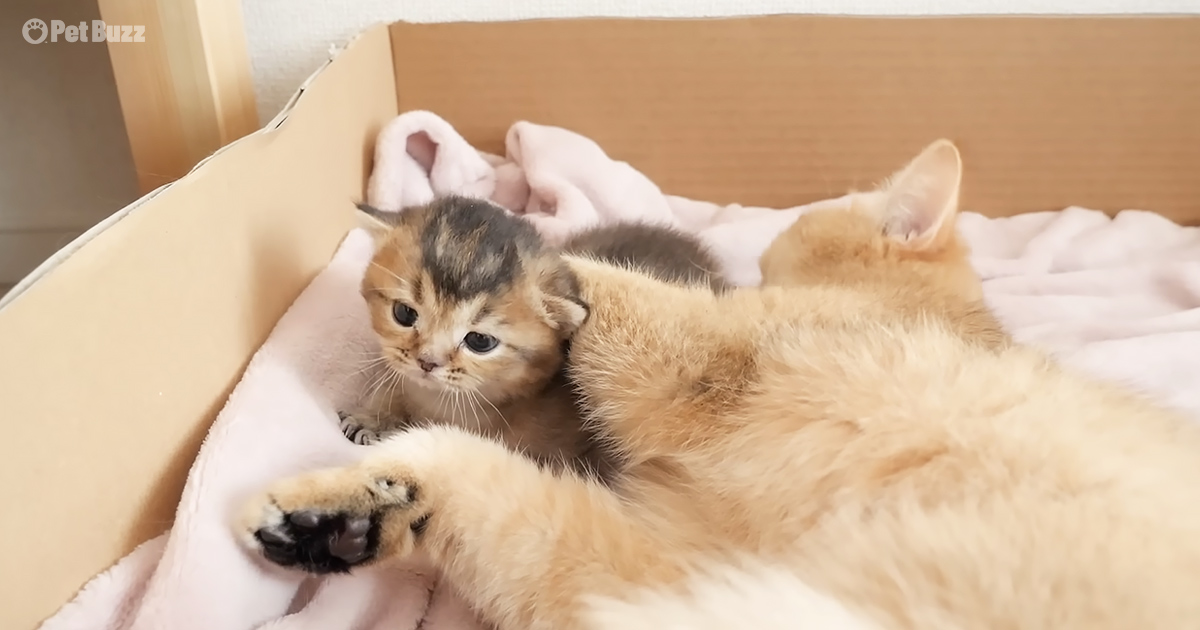 Mimi trills and returns to Kiki. She lays on her side and hugs Kiki tightly. Then Mimi begins to aggressively groom her child. Kiki cannot get away and is lost in her mother’s fur.

When the licking is done, Mimi’s bright green eyes have a look of contentedness. Mimi slowly falls asleep as Kiki nurses on her and cuddles against her mother. 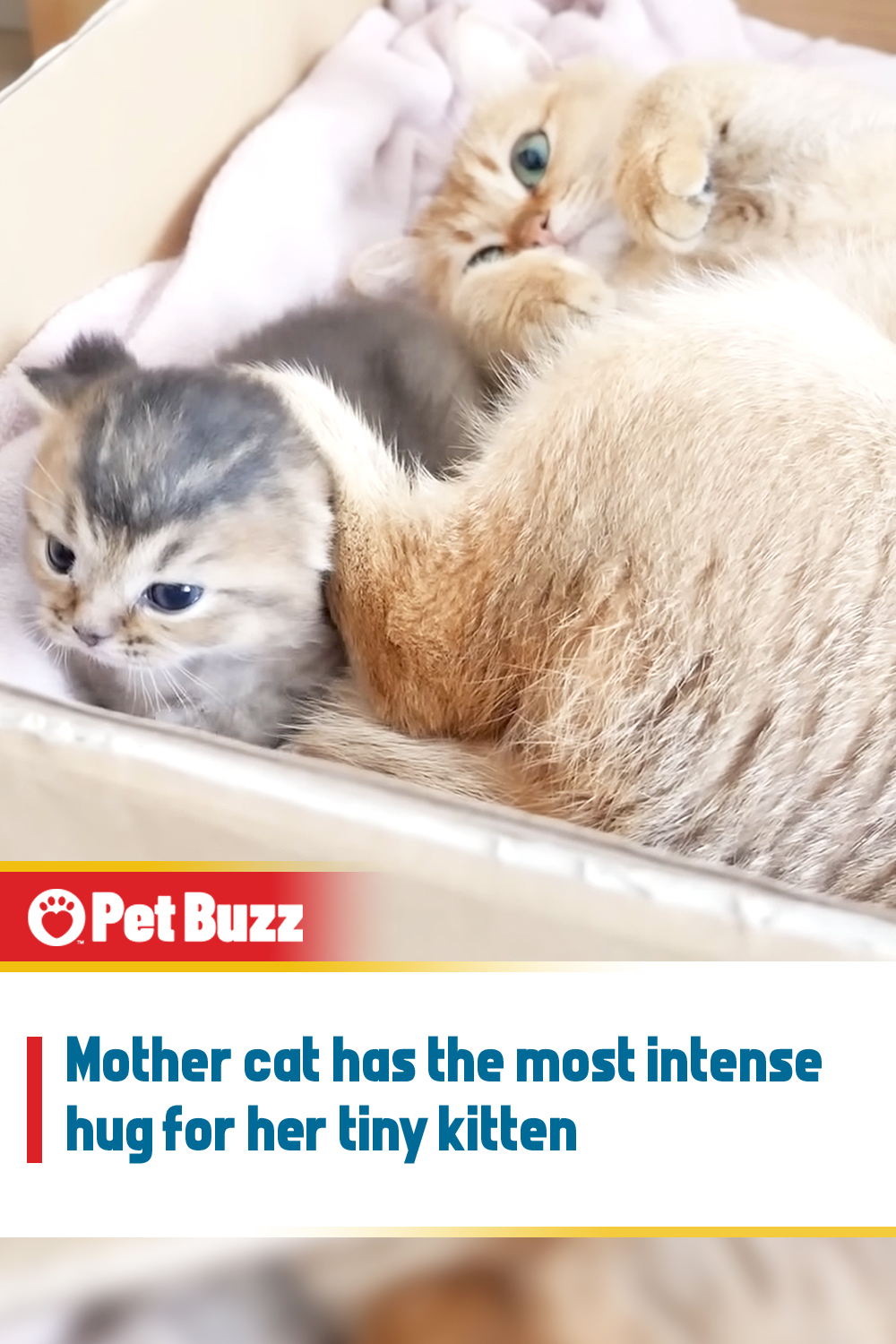