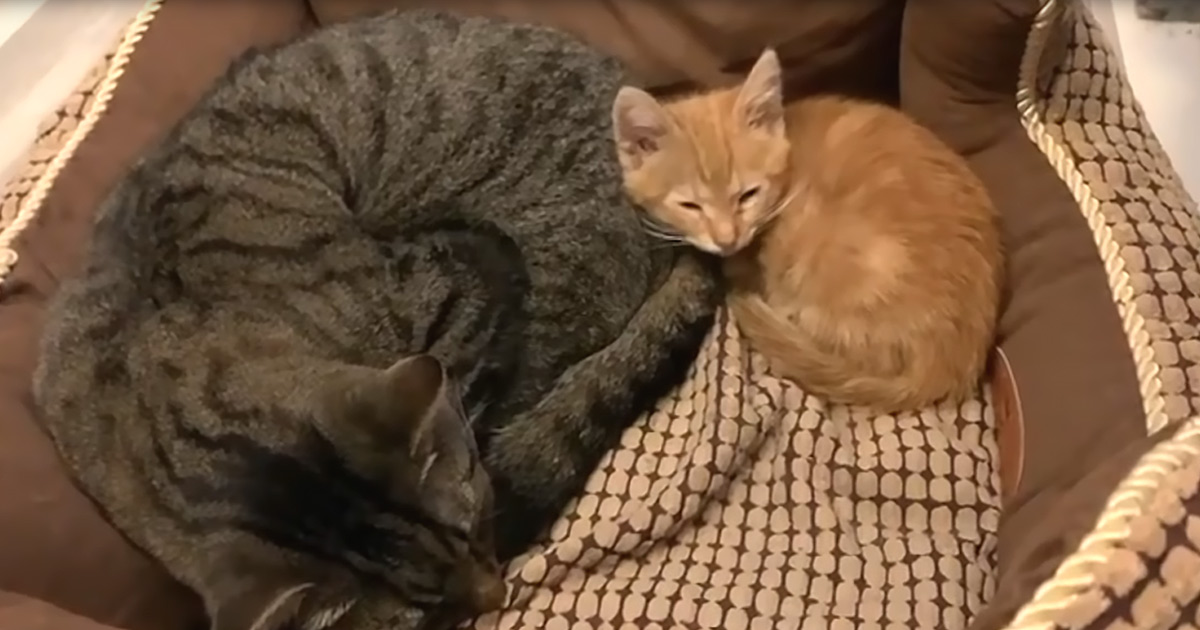 Six-week-old ginger tabby Finn was picked up and sent to Best Friends Animal Sanctuary after being found wandering the streets by himself. Although he was apprehensive in his new environment, he wanted a friend.

Volunteer feline foster parent Aly took Finn to her home and introduced the guarded kitten to her cat Z (short for Zephyr), who she could always call on to help with fostering. At first, Finn was too afraid to leave his carrier and explore his new digs, but Z soon found him, sticking his kitty head into the carrier to encourage the reticent little ginger to come out.

Little Finn couldn’t resist the invitation when he realized the big brown tabby meant him no harm and could be just the buddy he needed in the new situations to come. With a leader to follow, Finn became a shadow to Z, tagging behind everywhere he went. It took less than a week of following Z for Finn to become the confident kitten he needed to be.

Several weeks into their friendship, Finn bloomed with full confidence, ready to move to the next phase of his life: A forever home with a family to provide all the love he needed. When a family came to meet him in hopes of bringing home a sweet kitten for Christmas, Finn climbed up into the lap of his potential new dad and took a snooze. The die was cast. Finn the formerly nervous kitten was now a well-adjusted and self-assured feline with a new forever home. 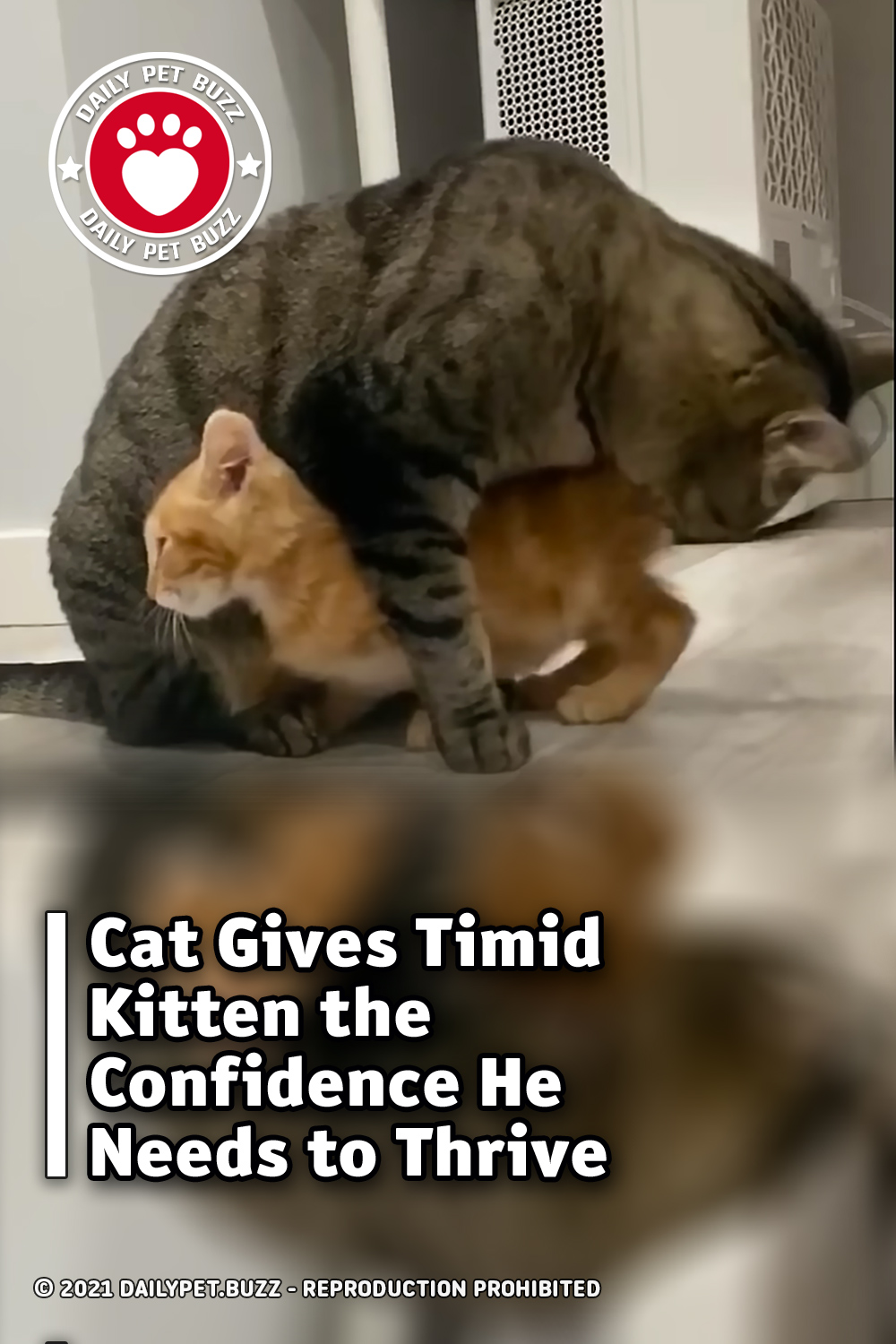