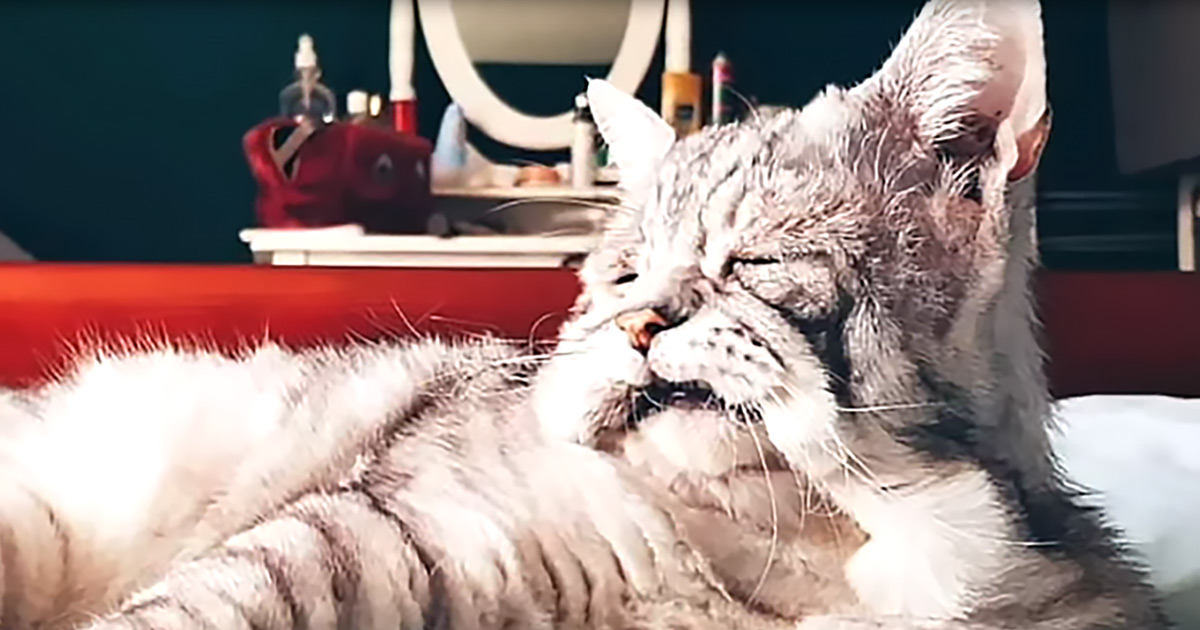 Georgina Price fell in love with Toby before she even met him, having first seen his photo on a shelter website. The cat with a rare genetic condition called feline cutaneous asthenia (FCA) has an unusual appearance, with extra folds of skin that make his face look droopy. Toby’s skin doesn’t only look different, but is also delicate and prone to bruising, which requires special care.

When Georgina and her fiancé Christopher Lardner went to the shelter to inquire about adopting Toby they found that not one, but two cats came with the deal. Toby relies heavily on his best friend Quinton to feel safe, and the two cats are inseparable. Fortunately for the bonded pair of cats, this did not deter Georgina and Christopher, who were happy to bring both cats home.

Both having been unhealthy and needing tooth extractions upon entry into the shelter, Toby and Quinton were petrified at first, not ready to trust any humans, including the two who had rescued them. For several weeks, the feline duo stayed under the bed all the time and only came out while their humans were away or sleeping. They even took their meals under the bed.

Eventually, though, the kindness of their new family won them over. First Quinton began to trust them. As he always has, Toby followed his lead, at first remaining close to his bodyguard at all times, but eventually becoming more confident to stand alone. Now the two felines are as confident in their new home as any cat, seeking out affection and treats from their humans. They complete the perfect family. 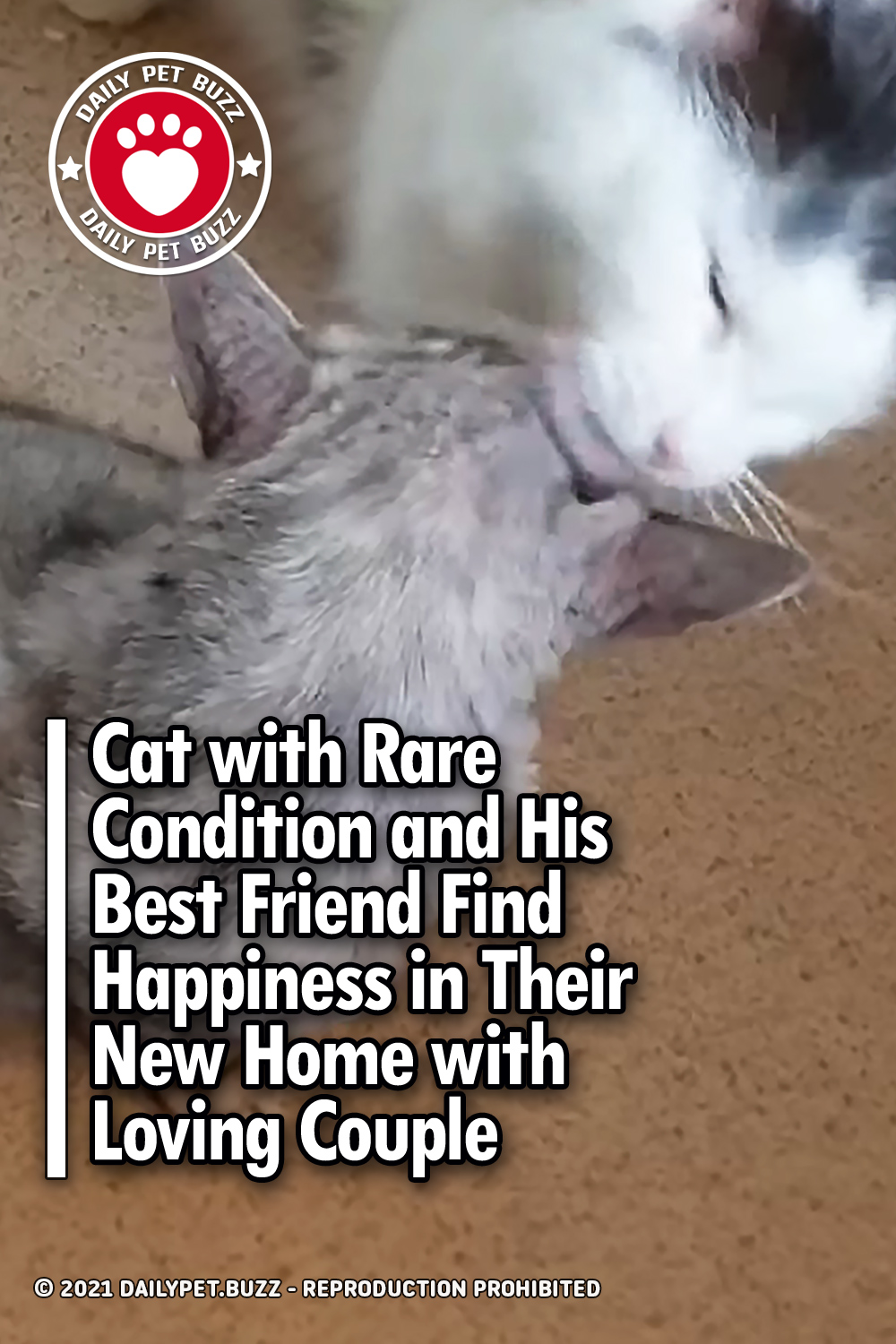