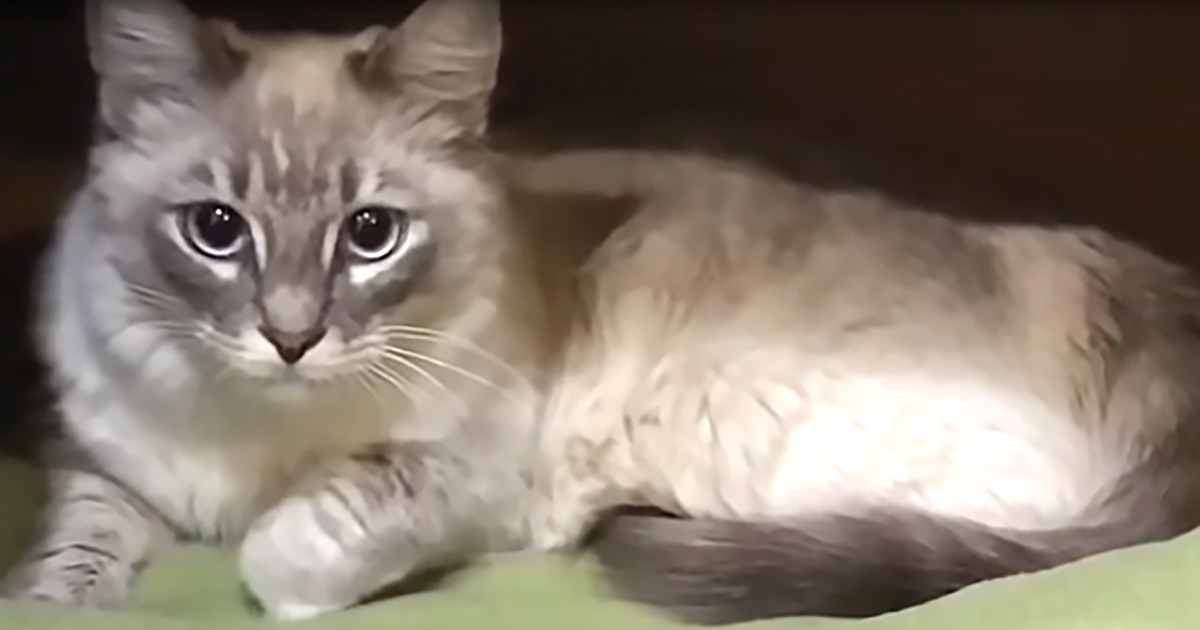 Phoenix Arizona foster volunteer Kara Yancey saw a long-haired cat in her back yard and began leaving meals for the stray on her back porch. The cat feared humans but gratefully accepted the handouts as long as nobody dared to approach her.

After the feedings had continued for a while, the cat began to trust Kara more, allowing her to come closer, and even engaging her in a little bit of meowed conversation. Kara attributed her voracious appetite to living outdoors. One day the fluffy backyard restaurant patron surprised Kara, walking up to her and interacting directly with her benefactor.

That’s when Kara noticed the cat’s swollen abdomen. The homeless cat was pregnant, creating a more urgent need to get her indoors so that she could birth her kittens safely. Occasionally, when Kara would leave the door open, the pregnant visitor would venture briefly indoors to investigate the source of her tasty meals. One of those times, Kara took advantage of the situation, shutting the fluffy girl inside.

Millie, who adjusted to life on the inside very quickly, was surprisingly sociable once she became an indoor cat, allowing Kara and her family to stroke her and even using the cat furniture they provided. Having prepared a birthing box for the big event to come, Kara played midwife as Millie’s five stunning gray-colored babies were born. Millie is a good mom, but once the kittens are old enough to find their own homes, Kara plans to have the whole bunch vetted and altered, including mama. For now, they will remain a happy little feline family, secure in Kara’s house. 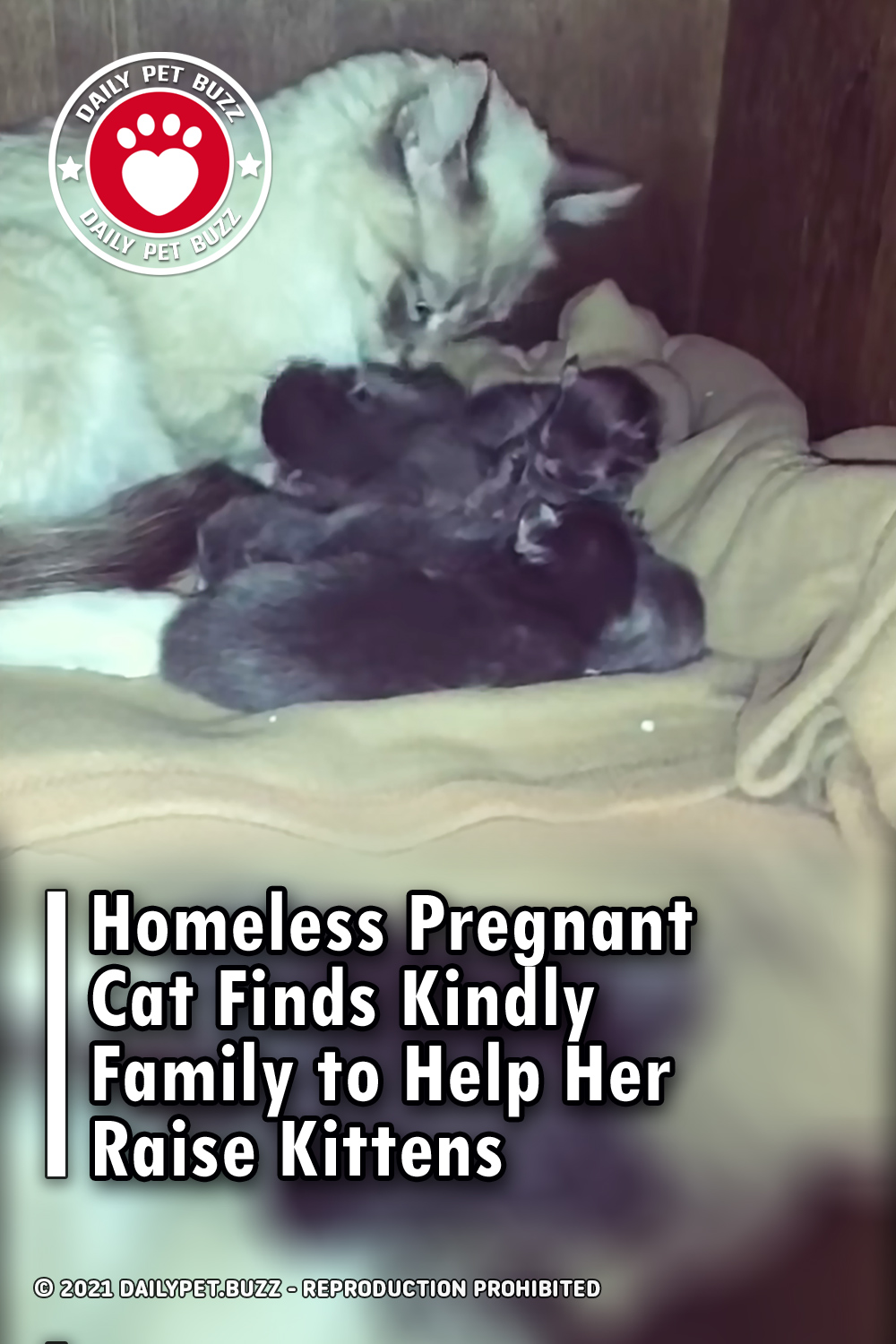