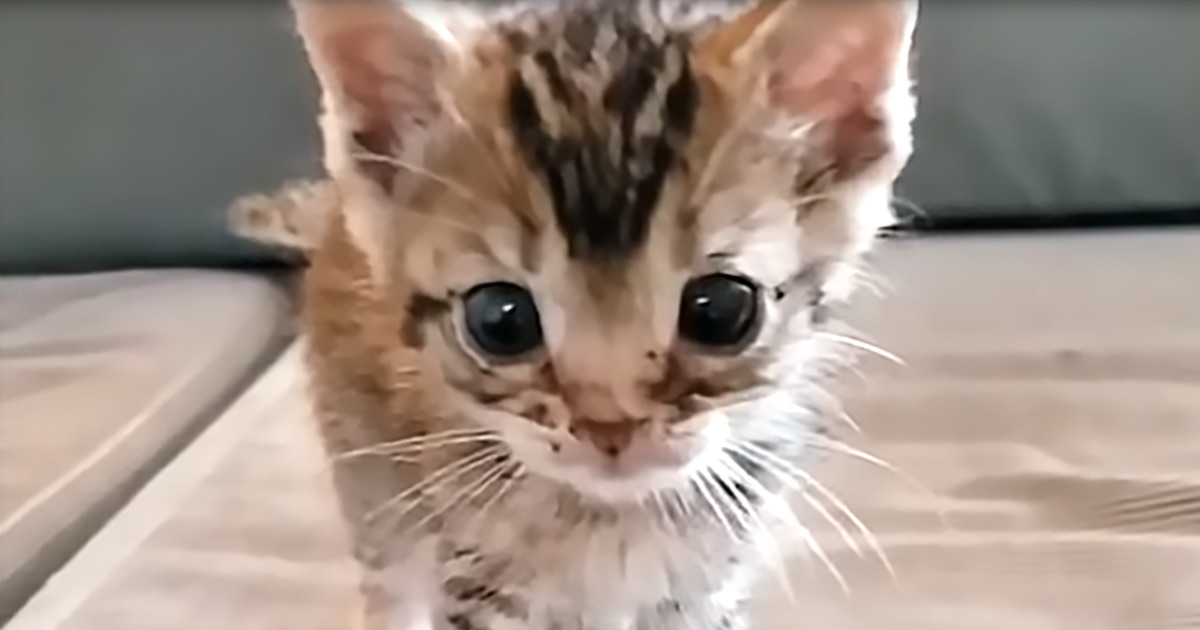 When a tiny brown tabby was rescued from the streets of Carson City, California, his future was uncertain. Although the petite feline was four weeks old, he was only as big and heavy as a one-week-old kitten should be. Additionally, he was infested with fleas and timid with humans.

Foster volunteer Erin and her pre-teenaged son Chris welcomed the pee-wee feline into their home to give him the round-the-clock feedings and care he would need. They named him Mouse because he was only half the size he should be. Erin and Chris teamed up, taking turns with the feedings he needed.

Every time she would finish feeding Mouse, especially in the very early morning hours, Erin made a special effort to give the miniature feline lots of special cuddle time, allowing him to climb up and snuggle on her shoulder, his loud purrs reverberating in her ear. Human shoulders became his favorite vantage point from which to watch the world.

Formerly homeless, the diminutive feline is thriving in his foster home. He’s still a teeny kitty, but he’s reaching his growth milestones and forming a big personality. Energetic and fun, he cannot pass up a mirror without challenging his own reflection. He enjoys playtime with the resident cats in Erin’s home, regardless of the size differential between them. Little Mouse appears to be well on his way to full-fledged cat-hood. 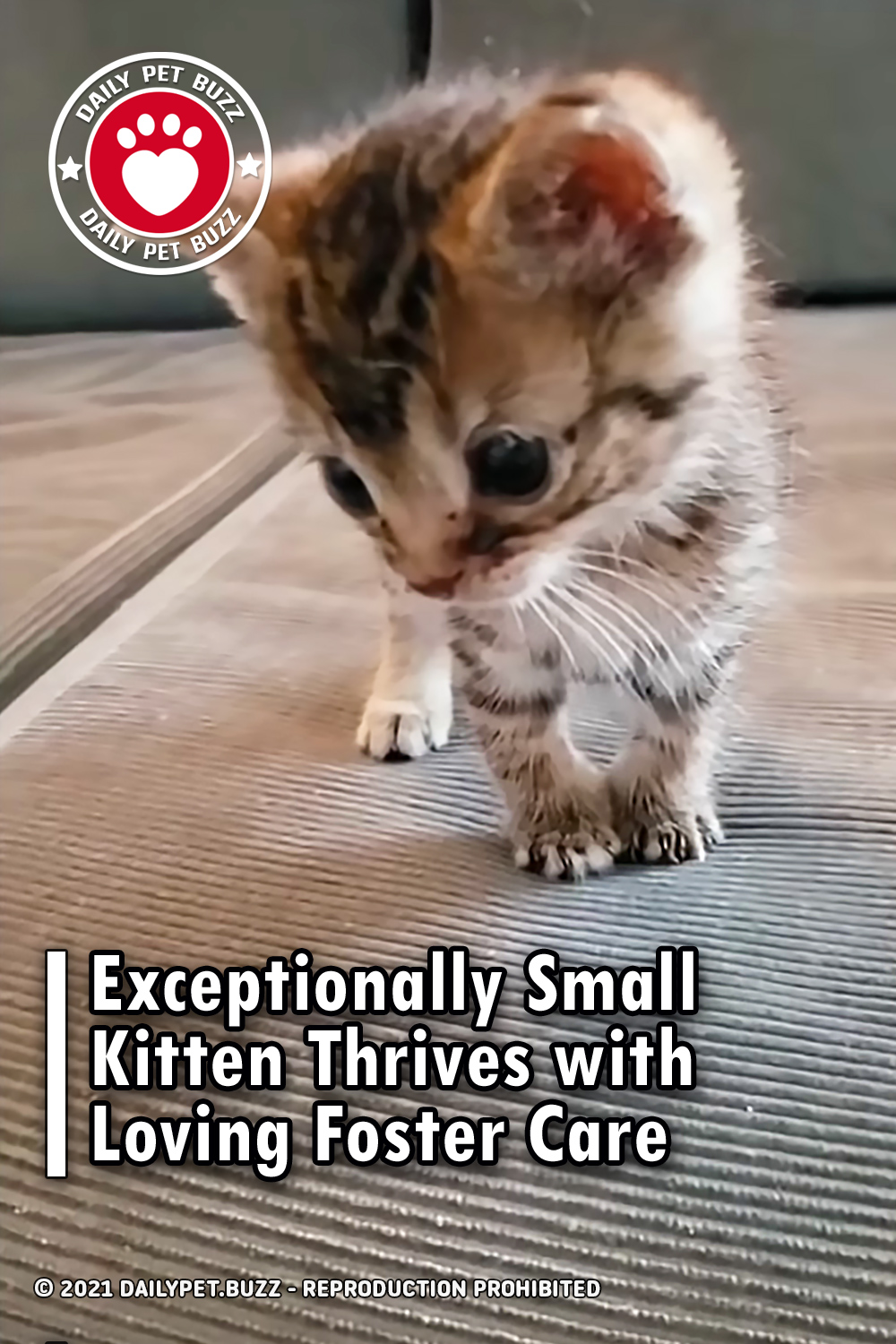