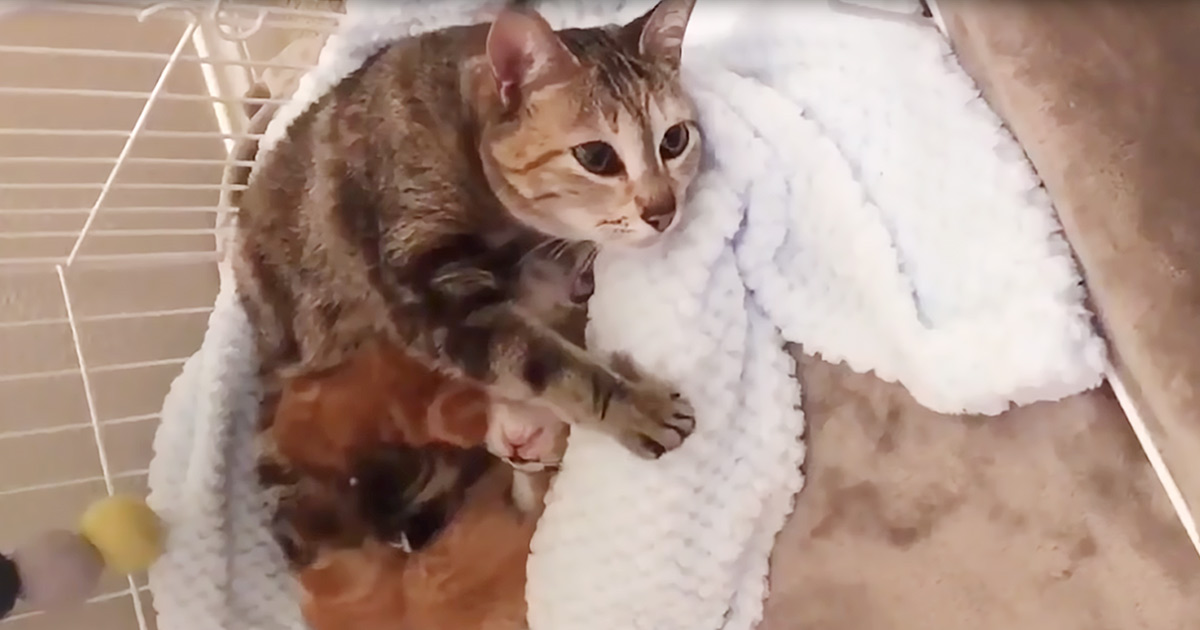 It’s always best to trap the mother cat, if possible, when rescuing a litter of kittens. That’s why when such a litter was found recently in a California yard, the rescuer tried to seize the mother too. Unfortunately, the mama was too quick, escaping capture and running away, so the kittens were sent to a shelter to be placed in a foster home where people could bottle-raise them.

Generally, when a litter of kittens get to a shelter environment they never see their mother again, so the foster volunteers began round-the-clock care of the helpless kittens. Then something extraordinary happened.

The mother cat returned to the yard in search of her kittens and this time the residents were able to catch her and send her to the same shelter where her kittens had gone. The shelter quickly transferred her to the foster home where her babies were being raised.

Although friendly, at first the mama cat was afraid to leave the safety of the carrier that brought her to the scary new place, but when the foster brought one of her kittens into view, she emerged and immediately relaxed, locating them all without delay, and curled up, purring, among them. All the kittens began nursing right away, and the reunited feline family was complete again. 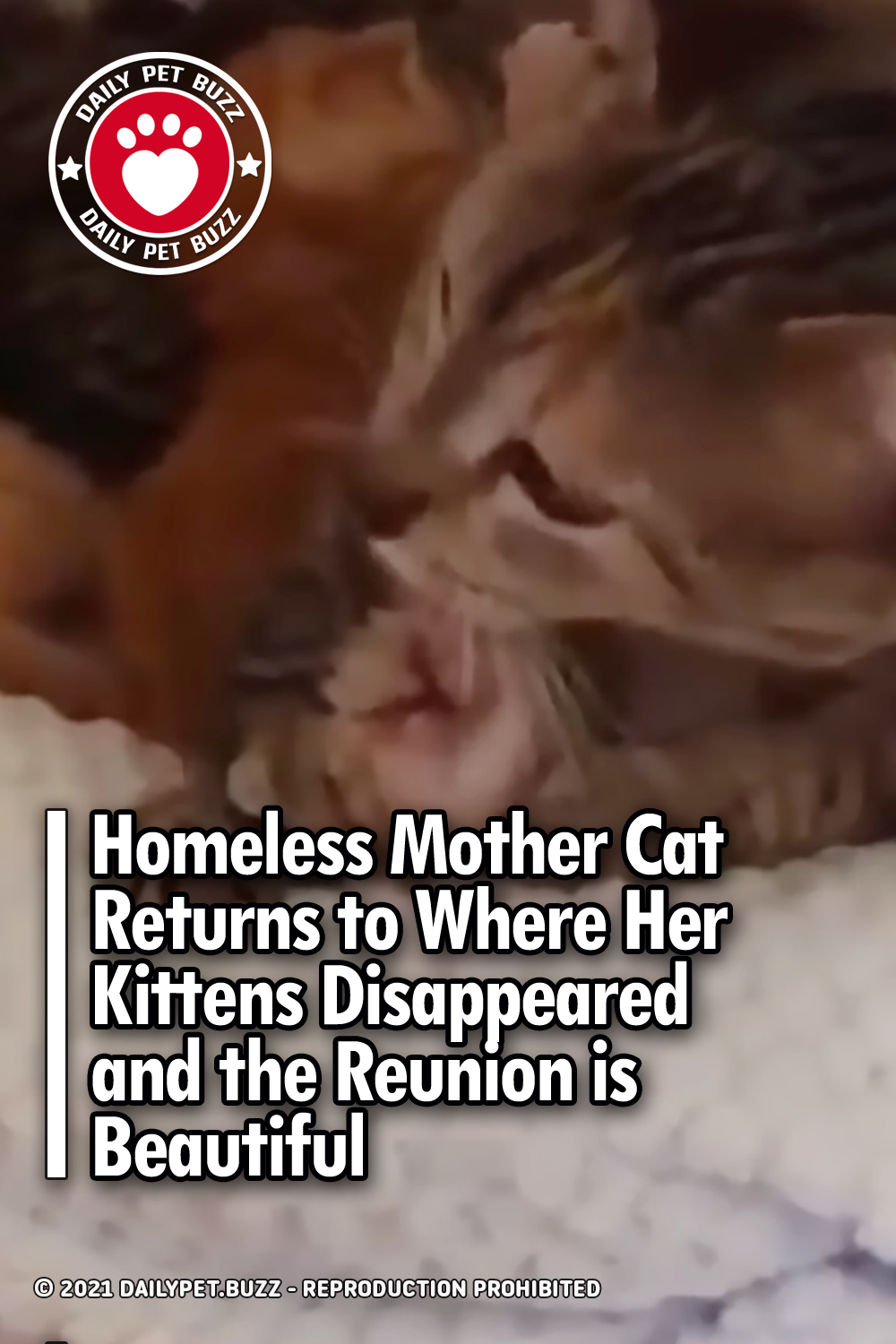