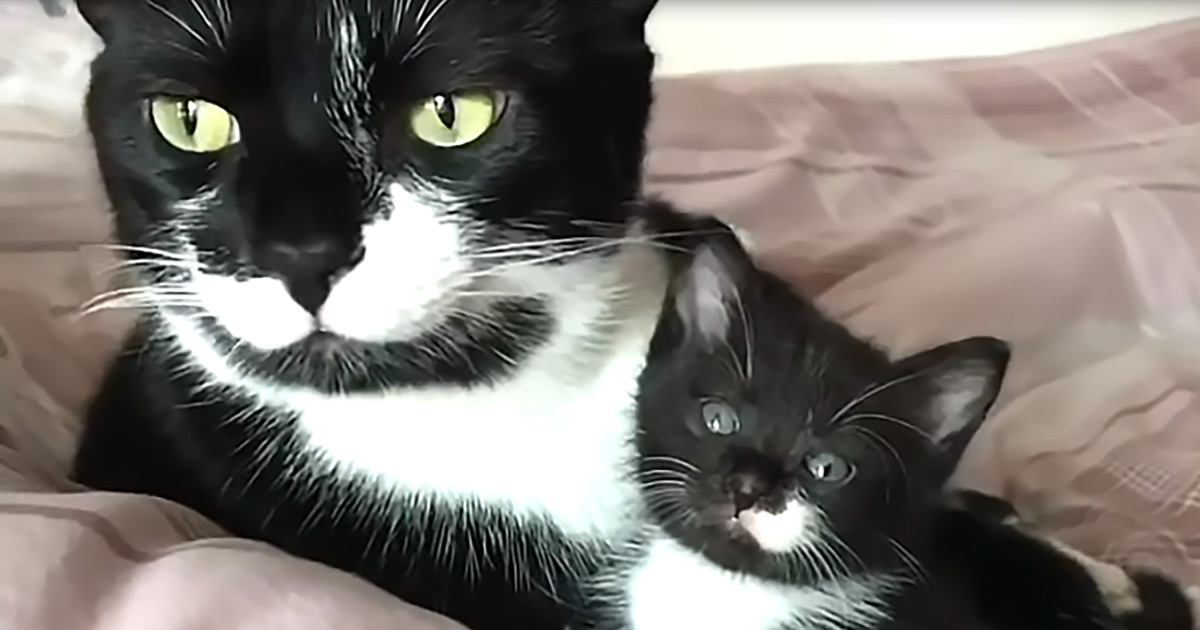 Ahsen found a tiny tuxedo kitten in a box in her Istanbul neighborhood and could not turn her back on him. He was too young to survive on the streets on his own and she happened to have a nursing mother cat at home who could feed the little orphan. The mama cat accepted the newcomer into her fold and he immediately latched on and began nursing from her.

In addition to the nursing mother and her brood, Ahsen had two other cats living in her household, one of whom, Zikri, coincidentally, bore a striking resemblance to the pint-sized tuxedo baby she had brought home, right down to the white mustache. Zikri was a good foster big brother, having assisted with previous foster babies who had made pit stops in Ahsen’s home.

After a cursory sniff of the newcomer, Zikri took on the job of welcoming the little black and white baby with a tongue bath. This was no surprise to Ahsen, who had witnessed her sweet boy taking to her foster kittens on many occasions, even allowing them to suckle him, although there was no milk there for them.

In honor of Zikri, the matching foster brother who dotes on her little tuxedo-wearing orphan, Ahsen named the newest addition to the kitten clan, Zikriye. Eventually, all the kittens will find good forever homes, but for now, Zikriye gets to snuggle with and enjoy the love of a big boy who looks much like he will look when he is all grown up. 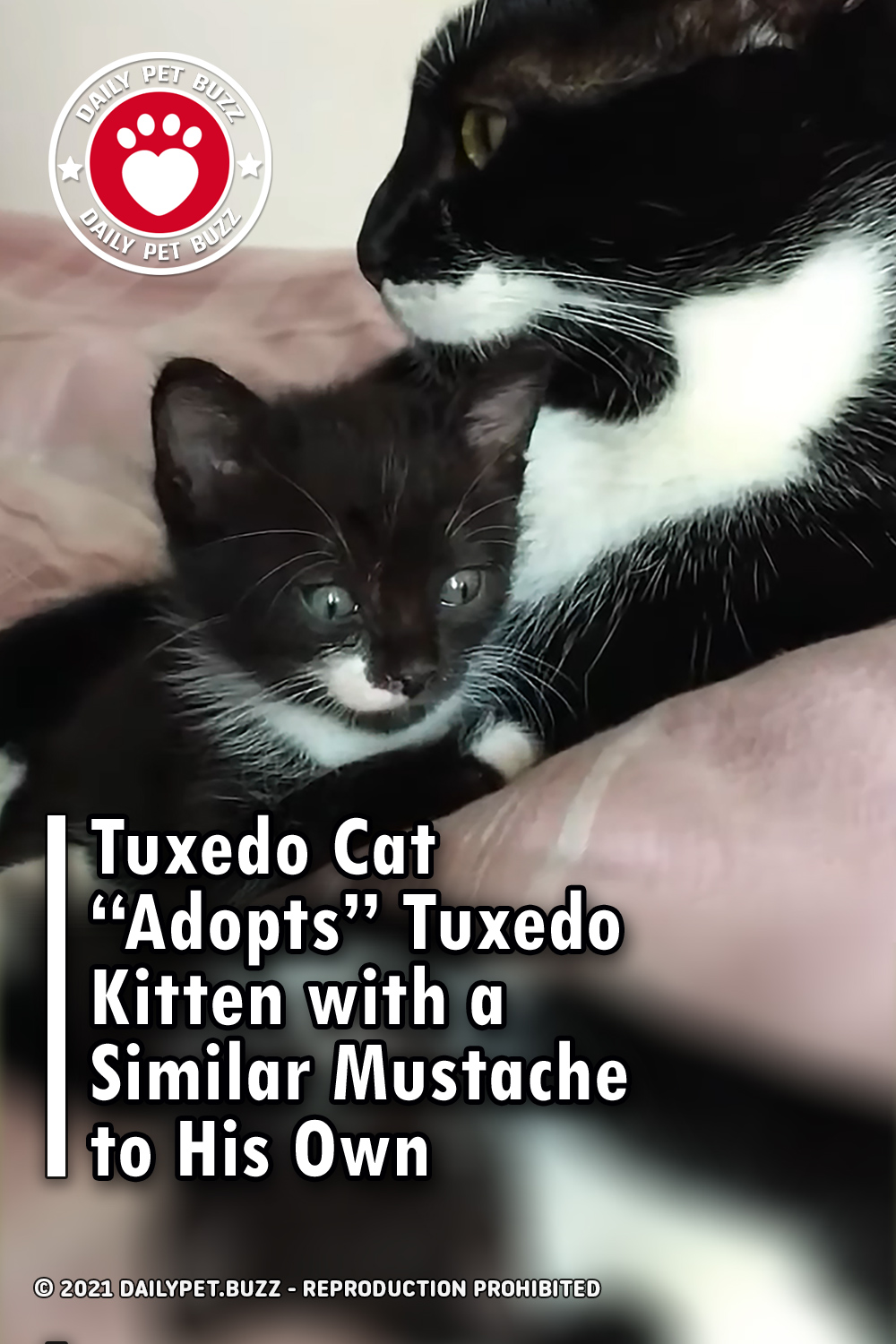