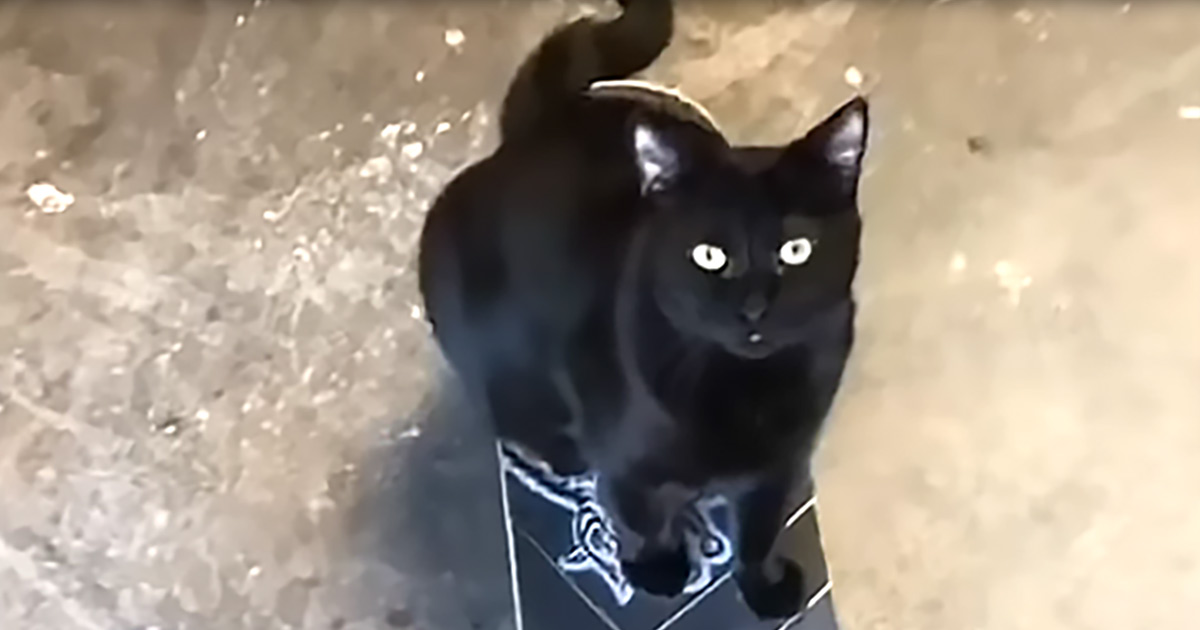 When Long Beach California resident Justin LaRose took a break from work one day, he had no idea he would find his best friend looking for a morsel to eat by a trash dumpster. Hearing pitiful cries, the man searched out the sound to find a black kitten looking up at him.

The tiny kitty began purring with the first sniff of Justin’s outstretched hand and wasted no time in clambering up onto his lap in an obvious ploy to become a permanent installment into the man’s life. The affable feline’s plan worked. Justin was immediately won over, and after a cursory check with the neighborhood to ensure he was not kitten-napping, he brought the pee-wee panther back to work with him.

Justin, who worked in a woodshop, went about his business with his new friend, Grizzly, following his every move. The miniature cat climbed on his shoulder that day to supervise as he worked, and a tradition was born. From that point forward, Grizzly would come to work with Justin every day and watch his activity, often from his perch on the man’s shoulder.

The love affair between man and cat continued. Now that Grizzly is a beautiful full-sized cat, Justin reports, “He’s the sweetest thing in my life, and I’m super grateful.” Indebted for the companionship of his adopted dad, not to mention a ready supply of food, Grizzly surely mirrors that sentiment right back at him. There couldn’t be a better supervisor. 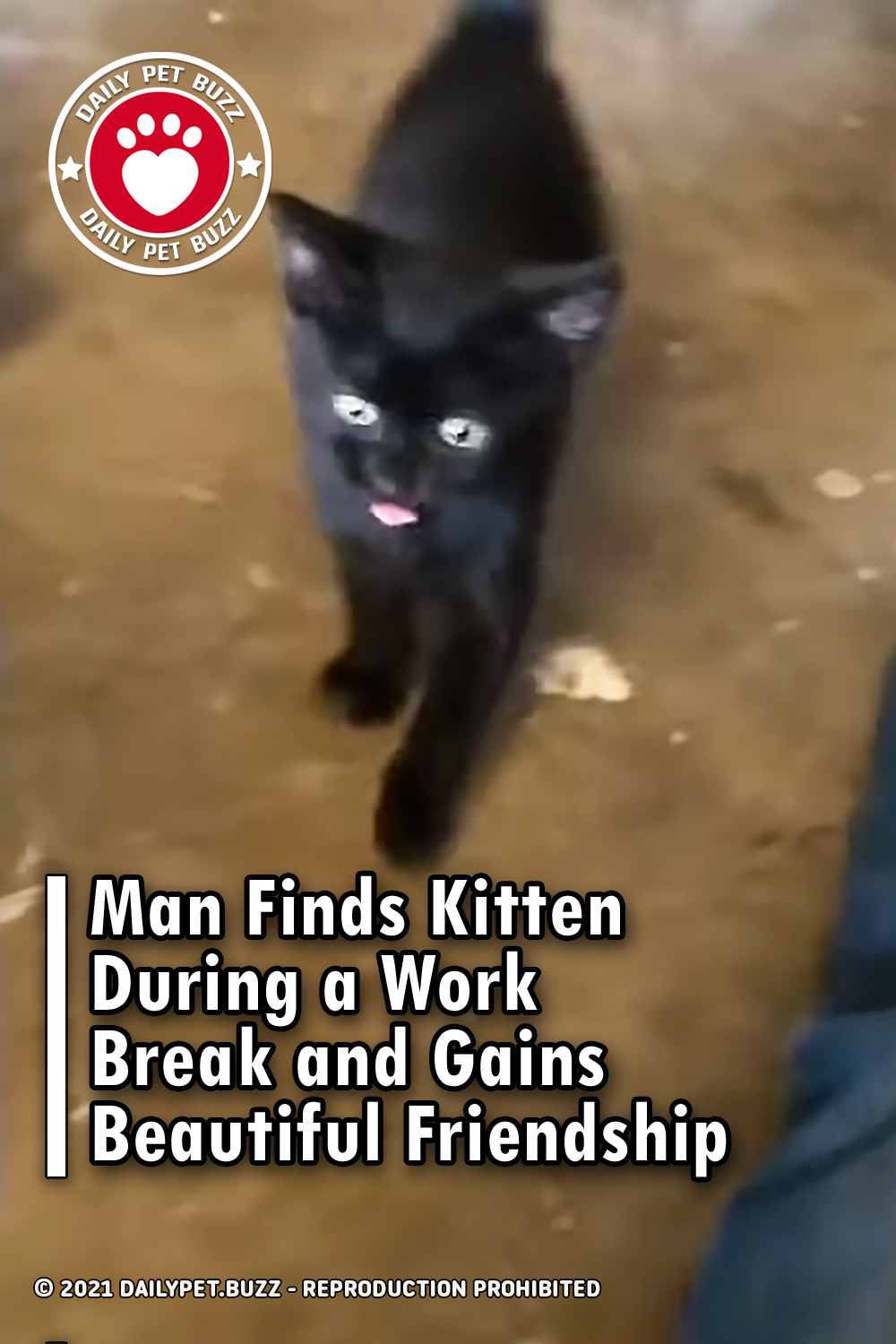