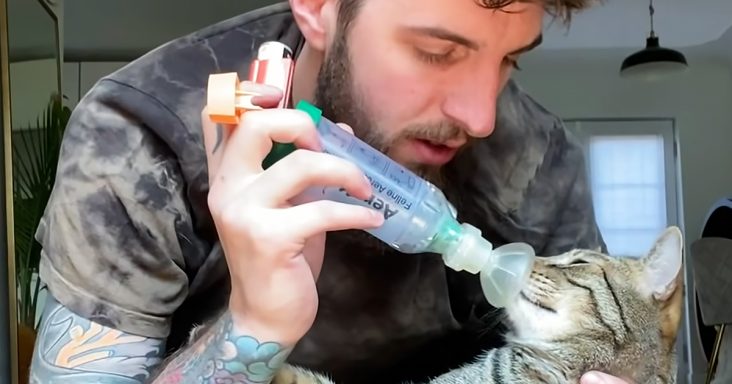 Liam is a cat with asthma, and his friend John is dedicated to helping him every day. It was scary for John when Liam showed signs of troubled breathing a year after they started living together.

The vet administered some tests and diagnosed Liam with asthma. Liam needed to use an inhaler at least twice a day. It was scary for John to think about Liam’s issues, but he focused on what was important.

John wanted to make sure that Liam had a good life, and that’s all that mattered to him. The vet warned him that Liam would be less active and possibly gain weight because of the inhaler.

A year passed, and Liam had clearly gained weight which put more pressure on his lungs. It was harder for him to breathe, and John started an exercise program with him.

He built an exercise wheel, and Liam was hesitant to use it at first. It took some encouragement with food and toys for Liam to finally start walking on it.

John enjoyed the process and seeing Liam lose weight. He even put pillows in the doorways around the house so Liam would have to jump over them to get to another room.

Their bond over the years has grown so much, especially because John gives Liam air daily. John would do anything for Liam because he is his best friend. 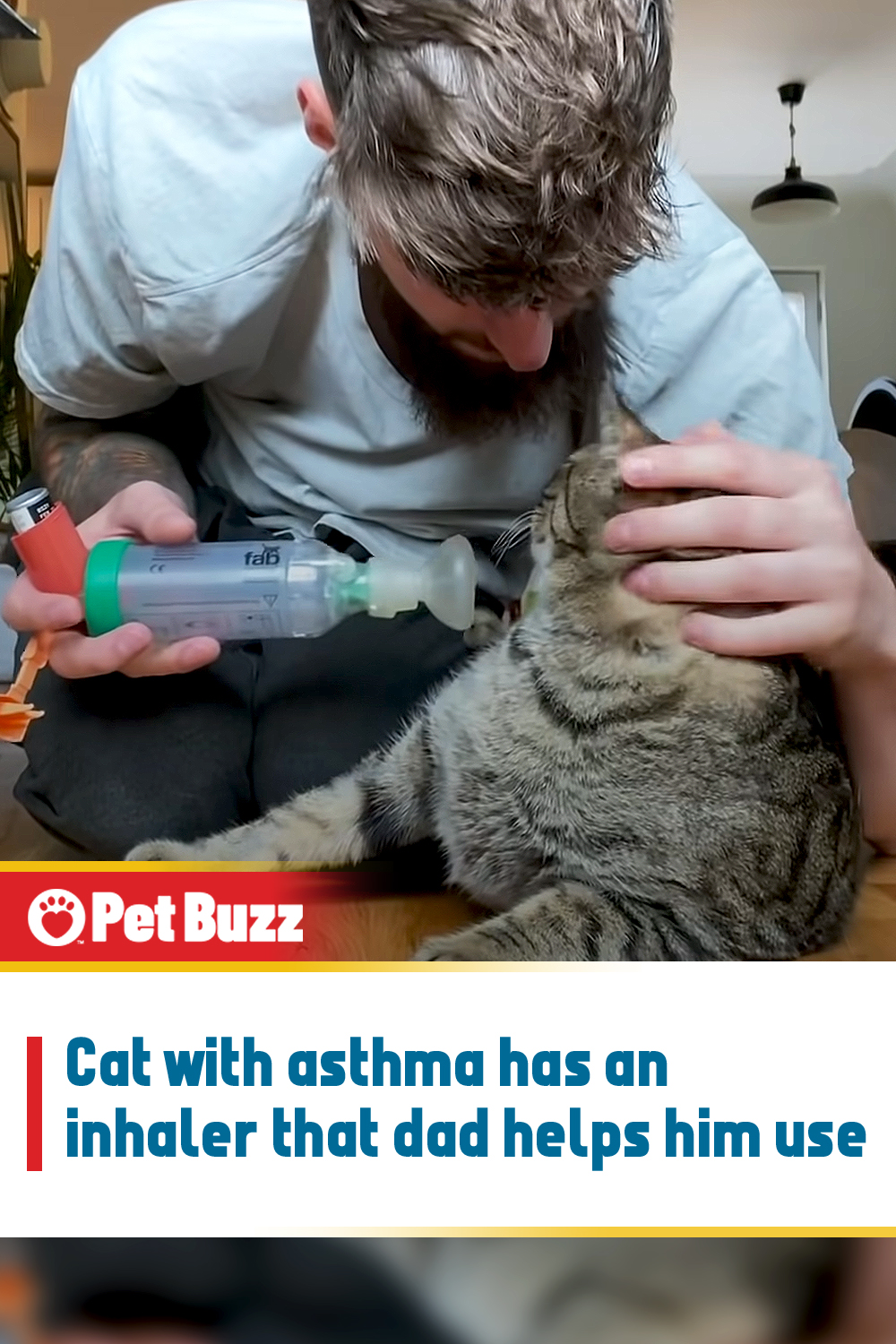