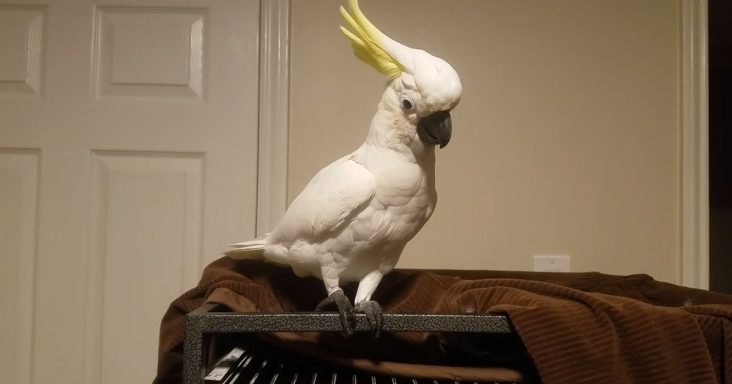 Thai is a gorgeous yellow-crested cockatoo with white plumage who refuses to bed. His owners repeatedly told him it was time to sleep, but he didn’t listen.

A man started to sing a lullaby, and Thai raised his gorgeous yellow crest and started to sway side to side. Obviously, Thai still had a lot of energy and wanted to dance all night.

It was very late, and his friends wanted to rest, but Thai wasn’t having any of it. He was perched on top of his cage and walked around the edges.

Just like a stubborn teenager, Thai refused to listen to his parents. He continued to caw loudly and flair his crest in defiance of the rules. His friends were impressed while slightly irritated.

Thai was playing with the cover that went over his cage. Meanwhile, the man walked in and out of the room, wondering what to do with Thai.

For a few seconds Thai remained still. Perhaps he was starting to calm down and get ready for bed. Thai was still reluctant to say good night, but the man came near him.

The man then held Thai close and hugged and kissed him. Thai held onto the man’s shirt with his beak and didn’t want to be put in the cage. Finally, Thai was in his cage, and the cover was draped over it. 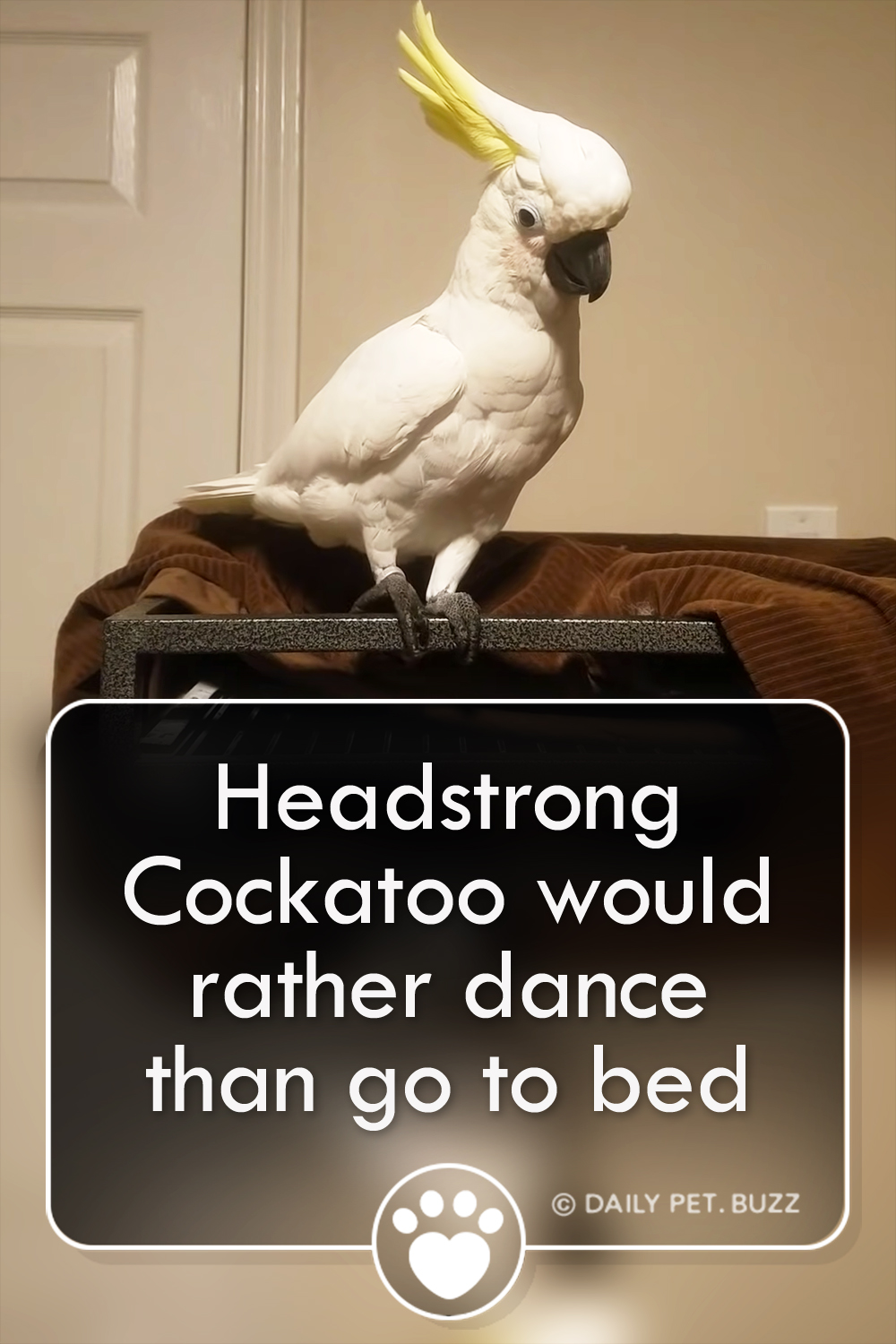