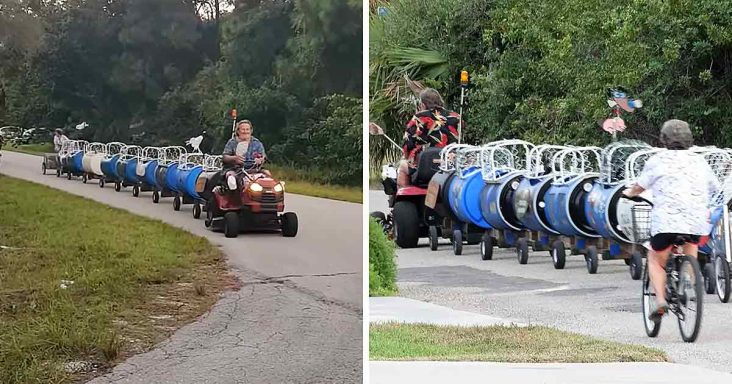 Every Friday evening, the streets of Lehigh Acres, Florida, are blessed with the sight of a “dog train.” At the front is the conductor, Paul Johnston, and behind them on a scooter is his wife, Alice.

The Johnstons moved to Lehigh Acres around eight years ago. Before that, they had an animal rescue shelter in Costa Rica for several years. When they moved, they brought several dogs with them.

With so many dogs under their care, it wasn’t simple to bring all of them for a walk. Instead, Paul was inspired to build a train that he could pull with a lawnmower.

He calls it the Wonderland Express, and he got the idea from a man in Texas who built a train for his own rescue dogs. The dogs love it and are excited every time they go out for a ride.

Alice keeps a close eye on the train from behind to ensure everyone is safe during their travels. The train has attracted lots of attention, and many people started waiting for them to pass by.

They decided to put signs on the train to encourage adopting dogs rather than shopping for them. The dogs are always happy to receive treats from the people who come to see them.

It gives the Johnstons joy to know that they give dogs a second chance at life. All they care about is the dog’s enjoyment and letting them get everything that they deserve. 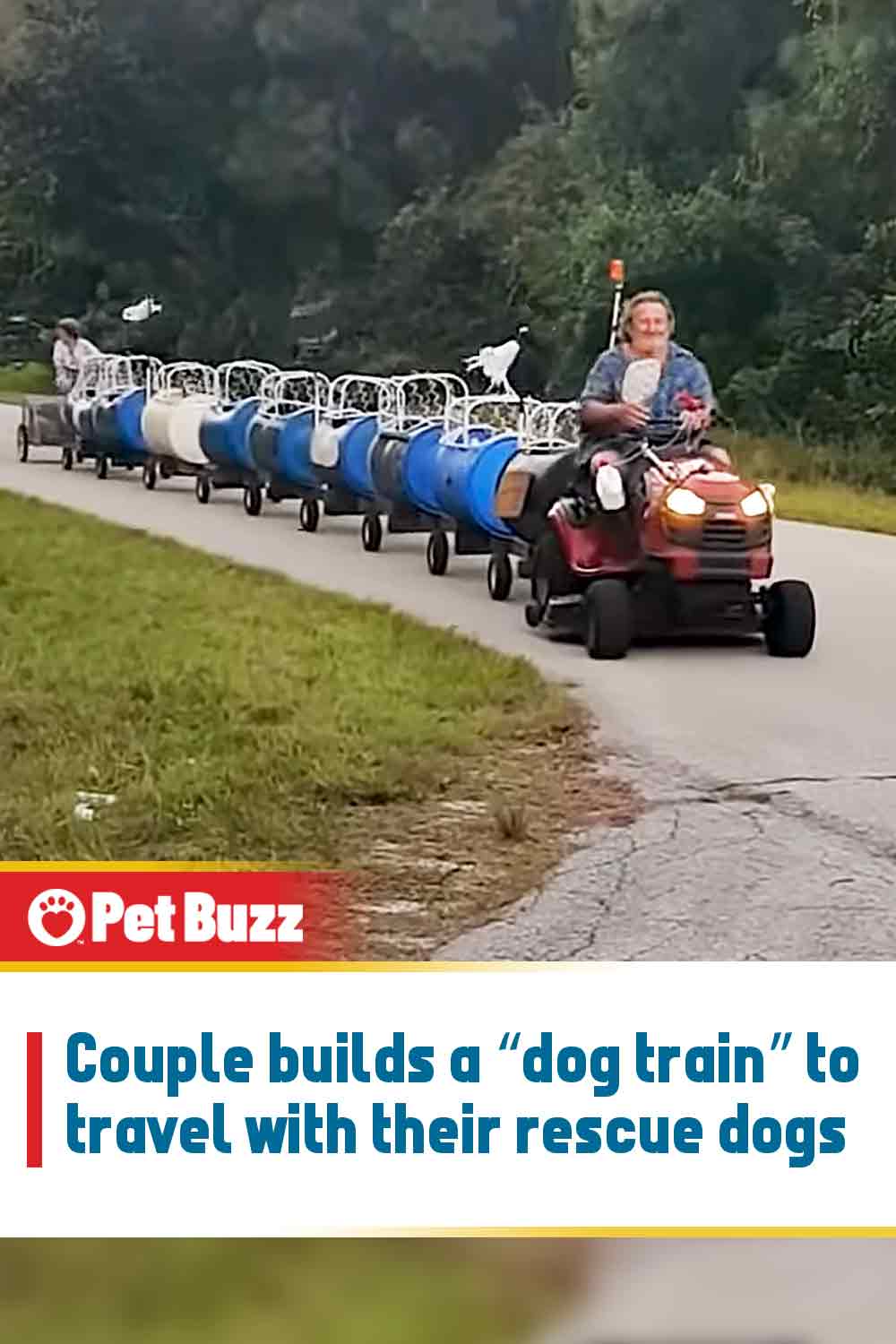