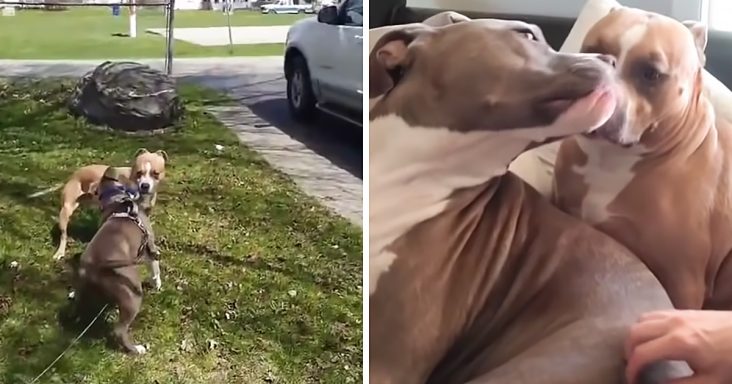 Dexter, the dog, had a best friend in the neighborhood who was another dog named Doakes, but one day Doakes had disappeared. Dexter’s dad, Derrick, did everything in his power to find Doakes again.

After Derrick moved in with his fiancée, they went to the shelter because they always wanted to get a dog. That’s when Derrick saw Dexter, who was a six-month-old puppy at the time.

Dexter leaned up against the cage next to Derrick, and Derrick said, “He’s ours.” While Derrick and Dexter were out for a walk, that’s when they met Doakes.

Doakes didn’t have a collar, so Derrick was worried because he thought he was a stray dog. Derrick and Dexter started to play together immediately as if they were long-lost brothers.

Since then, Doakes came to visit them, and Dexter would play with him all day. One day Animal Control was in the neighborhood, so Derrick hid Doakes because they would take him away if they saw he didn’t have a collar.

Then Derrick found out that Doakes lived with some people nearby, and Derrick tried to tell them that Doakes needed a collar. Doakes was again seen roaming around with no collar, then he disappeared.

Derrick called and visited shelters and eventually found Doakes. He took him in, and they moved to a new home where Doakes and Dexter happily live together as brothers and best friends. 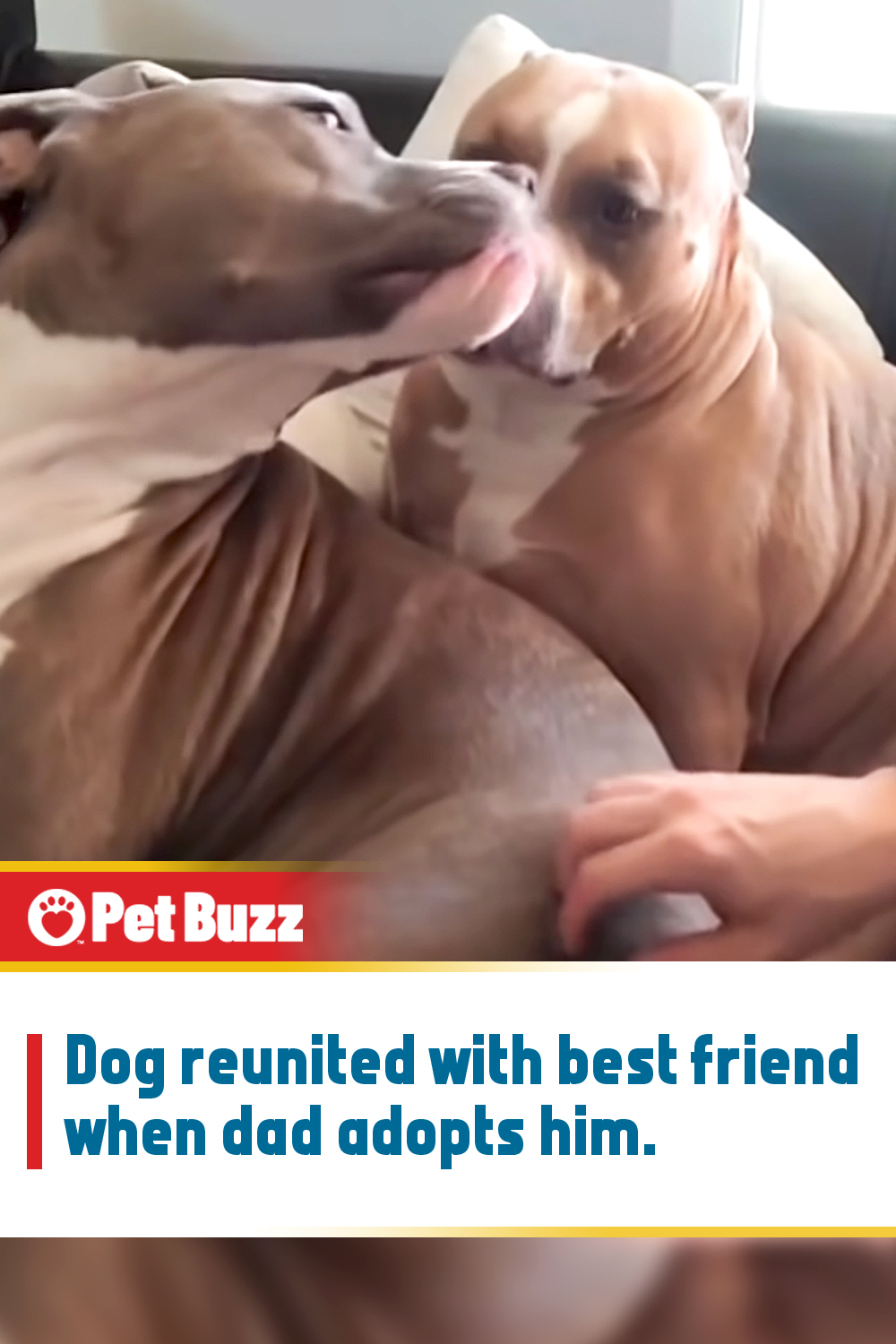