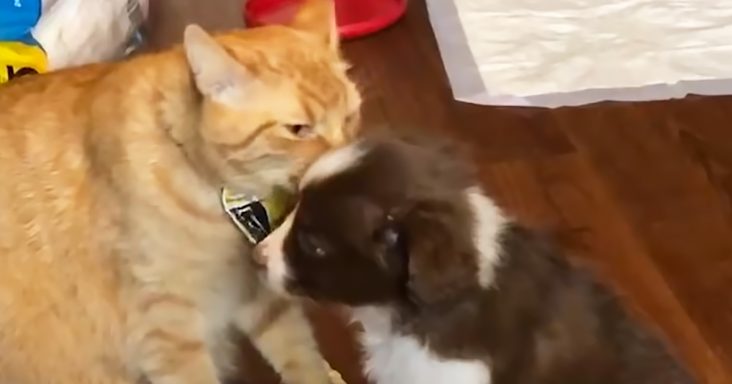 Oskar, the cat, was confused when his friend Matthew brought home a puppy named Rylee one day. Rylee was very energetic and playful, as most puppies are.

Matthew watched as Oskar tried to groom Rylee, but all Rylee wanted to do was roughhouse. Oskar did his best to be gentle with his younger brother.

He pushed or tapped him softly when Rylee was being too aggressive. Rylee would always try to bite Oskar and then bark afterward. Then Oskar looked to Matthew as if he were looking for help.

Three months later, Oskar and Rylee started to bond and became better friends and siblings. Rylee was less mischievous, and Oskar continued to take care of him. According to Matthew, Oskar is a parental and supervisor figure in their home.

He likes to tell people that Oskar raised Rylee. Oskar has a habit of surveying the house and watching over everyone to ensure they are safe.

One year later, Oskar and Rylee are undeniably inseparable. Rylee is nearly five times bigger than Oskar, but that doesn’t stop Oskar from treating him like a younger brother.

The two are always snuggling together, and Matthew loves to see how their relationship has grown. When he is petting Oskar, Rylee will try to get his attention or get Oskar’s attention more often. 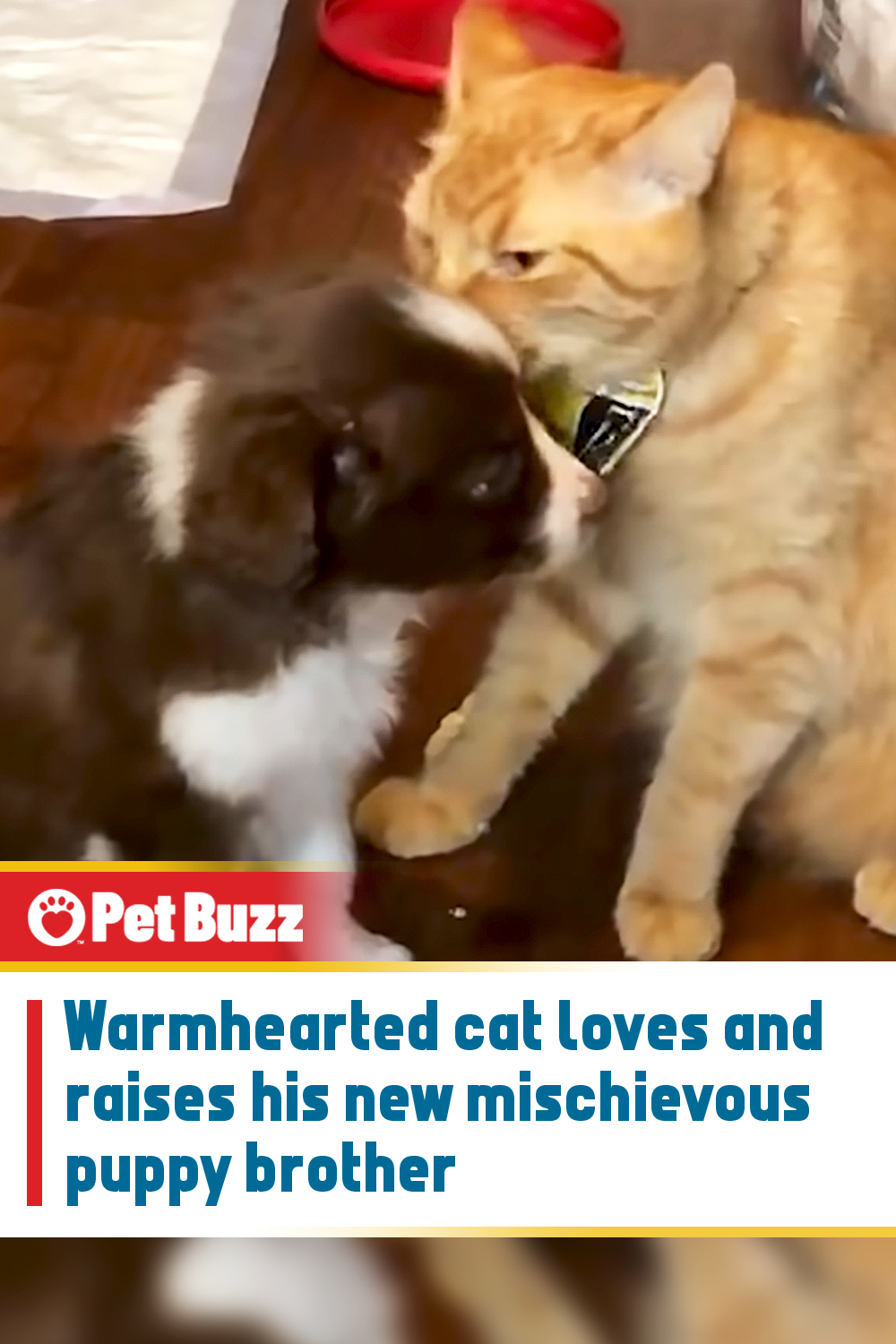