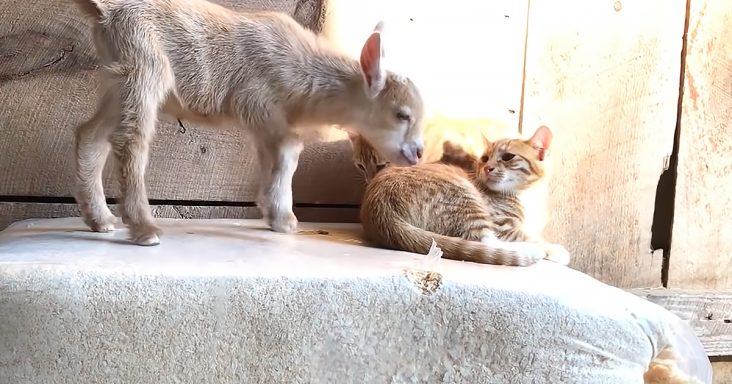 Hector is a newborn goat who has taken a liking to the kittens that live with him on the farm. He is only two days old, but he is playful and extremely curious.

At the Sunflower Farm, they have all types of animals roaming around. Kittens are relaxing in the barn, and their fur is almost the same color as Hector’s coat.

While the kittens were walking around, Hector went up to one of them, and they sniffed each other curiously. Hector was wagging his joyfully wagging his tail as he was starting to make new friends.

The kittens climbed on a bale of wood shavings, so Hector wanted to get on top of it with them. He wasn’t as dextrous as them, and he could only manage to get his front legs on it.

Hector kept trying to jump up, and the kittens watched him closely to see if he could manage it. Eventually, with enough force from his back legs, he pushes himself on top of the bale.

He gets close to the kittens and is really excited to see them. The kittens move out of their spots, and Hector hops down and follows them.

Hector’s mother, Amelia Earhart, is nearby, and he starts to feed on her. She is a protective mom and isn’t a big fan of his new friends. Amelia pushes or scares a cat away whenever they get too close to Hector. 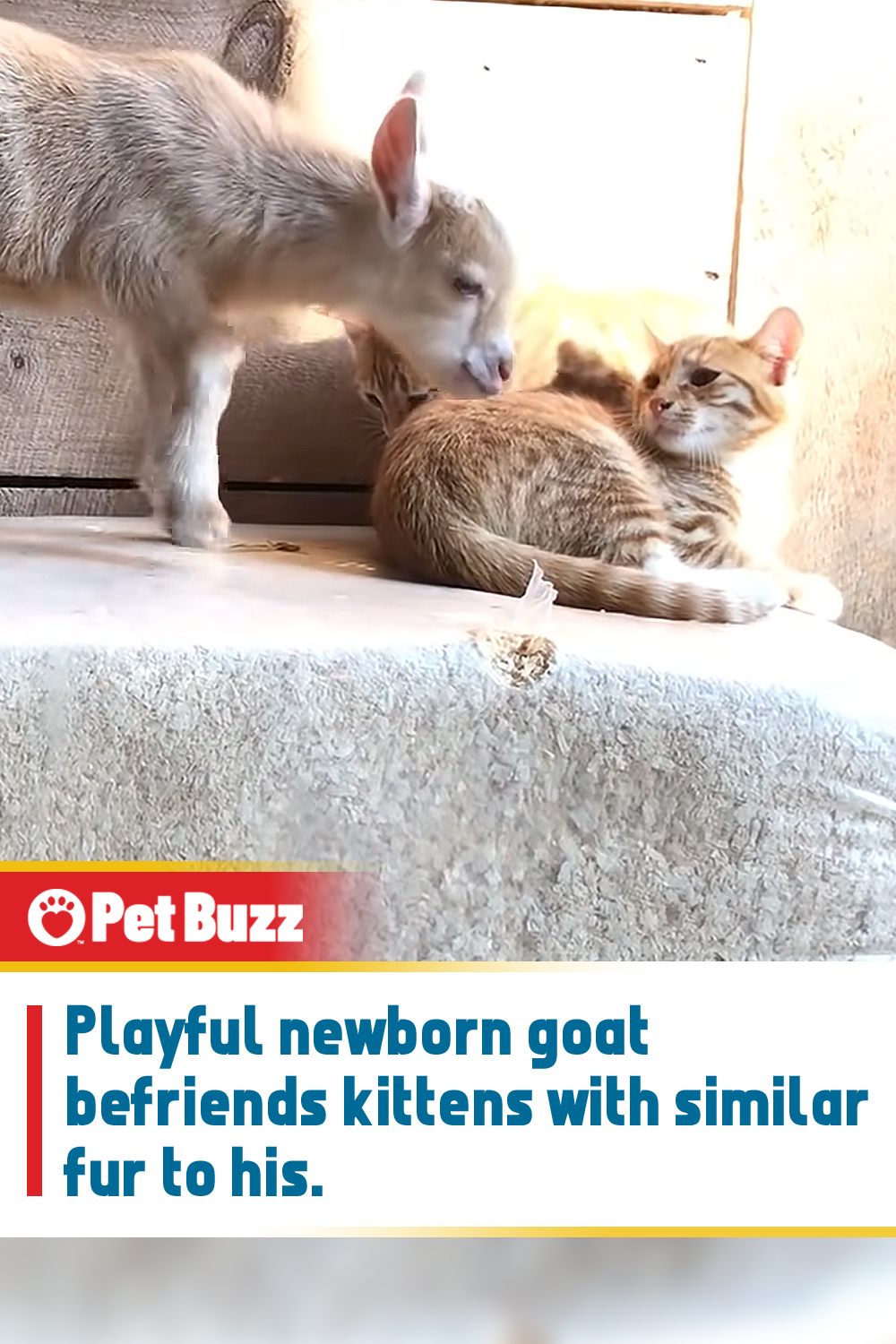