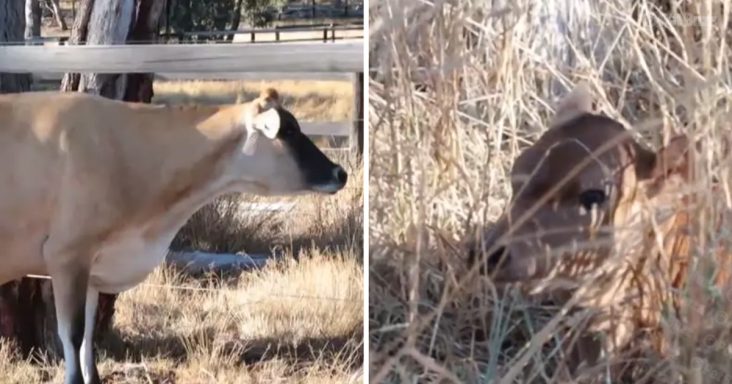 The events that animals encounter in life play a significant role in dictating how they react to situations. Just like humans, animals are haunted by the painful moments they went through in the past.

In particular, cows never take the pain of losing a newborn lightly, considering the extraordinary mothering abilities they show and the strong bonds they establish with their calves. Such moments stick in their minds for life.

Meet Clarabelle, a Jersey cow who is living proof of the old saying, ‘once bitten twice shy”. Clarabelle is a dairy cow who fell into the hands of a rescuer just when her previous owner was about to end her life for low milk production.

The beautiful girl was brought to Edgar’s Mission, an elegant Australian farm sanctuary sitting on 153 acres of land. Nonetheless, the rescuers didn’t realize that Clarabelle was pregnant until she arrived at Edgar’s Mission.

The expectant momma started acting strange a week before her due date- at times eager for meals, acting weary, and shirking. However, the attendants at Edgar’s Mission later discovered that Clarabelle had secretly given birth and had hidden her precious calf in a patch of tall grass.

Clarabelle had kept her baby a secret for days, fearing that she would be taken away. However, it emerged that she had previously suffered the trauma of losing her babies and believed it was the right time to protect her newborn.

Knowing Clarabelle’s fears, rescuers at Edgar’s Mission named the newborn Valentine as she was discovered on Valentine’s Day and was meant to honor the lovely bond that cows establish with their calves. The rescuers vowed that they would never separate Valentine from her mother. 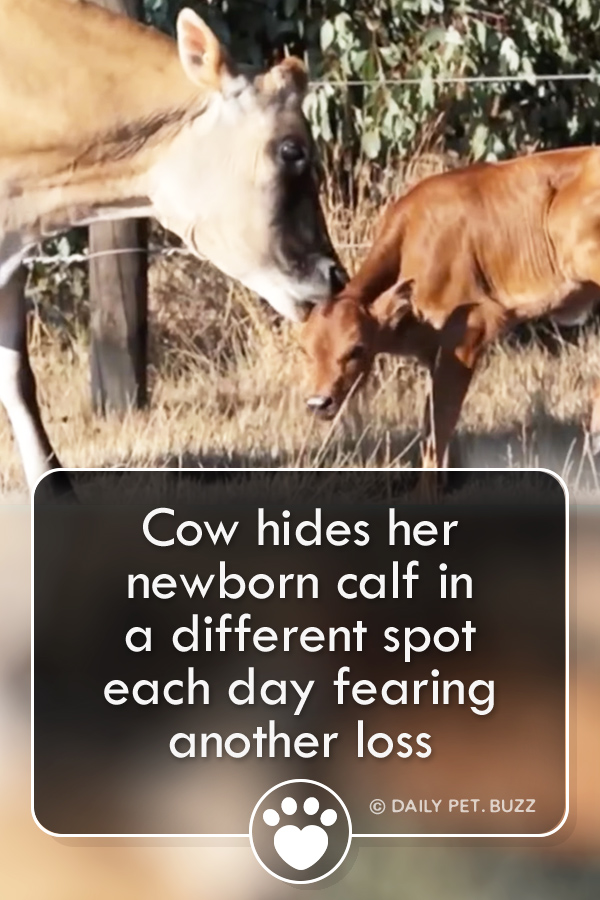