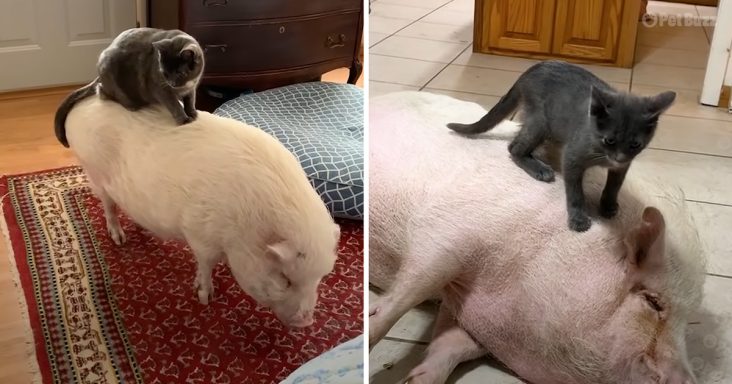 Animals never disappoint in the way they show love to one another. They only need to establish a bond, and they will always work as inseparable team members. At times, the kind of love shown by these pets can be unimaginable.

Have you ever imagined a pig forming an inseparable bond with a cat? Well, though unimaginable, pets have proven that such weird relationships aren’t just existent in the world of utopia. Instead, they exist in the real world.

Meet Tempeh, the playful kitten who will do anything to get a ride on Bea, her pig sister. Even though Tempeh was born among a litter of kittens at her owner’s farm, her outstanding traits earned her the privilege of living in the family’s main house.

Conversely, Bea was adopted by the family four years ago as she was found wandering in the streets. Again, the family felt that Bea needed a family to care for her horrible skin and frostbitten ears.

Apart from finding the perfect home she desired, Bea later got the privilege of welcoming Tempeh, who later emerged as the ideal companion for the old piggy. The bond between Bea and Tempeh was so strong that the two became inseparable.

It is incredible how Bea could lay down as she gave Tempeh an excellent opportunity to play with her body. Tempeh seemed to enjoy every second she spent with Bea.

Naughty Tempeh would jump on Bea’s back, take a ride, and at times enjoy sleeping on the old momma’s body as she took her lazy nap. Nonetheless, the relationship between Bea and Tempeh was mutual. Bea seemed to enjoy Tempeh’s scratches while the kitty considered lying on the old girl’s spongy body a great pleasure. 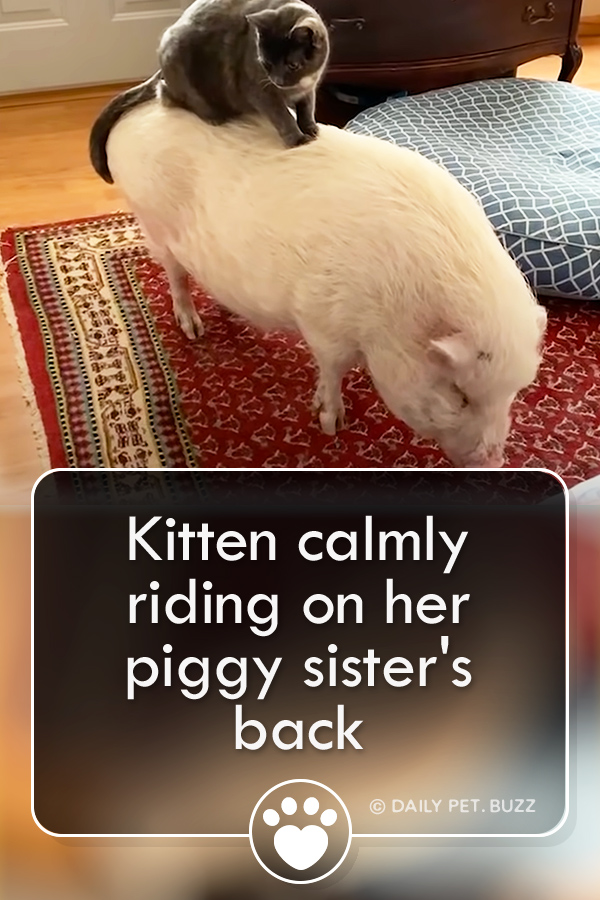