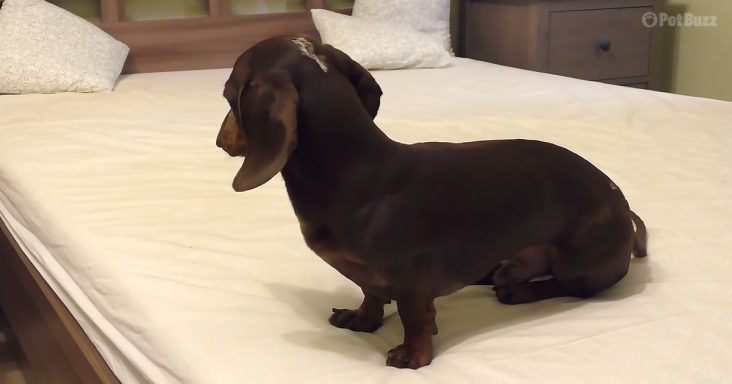 In a home where there are many pets, there is always competition between themselves for who gets what. In Mr. Pepper’s family, she has to compete with other dogs and cats as well.

This video gives us a peek into Mr peppers life, and it’s adorable. Mr pepper has a beautiful relationship with Margo, his playmate, who later joins towards the end of the video.

Nothing is stopping Mr. Pepper from getting into bed heaven, not even his tiny legs. The adorable dog jumps the first time and misses but manages to land with the second try.

Mr. Peppers’s energy radiates throughout the video as he paces around the bed. Margo loves the idea of joining the cute dachshund. For the two, this looks like a daily routine.

Not the cat though, Shanti has had enough of the duo and needs her space. In most of their home videos, she has some leverage on Mr. pepper and Margo. But that’s just a cat doing cat things.

Most of their videos capture Mr. Pepper running around like crazy, ready to burn some energy. Margo, who’s the small dog’s best friend, can’t help either but join him in the running around.

This pet’s life mimics the genuine relationship between siblings, from fighting to playing together. We can confirm that sweet Pepper is the instigator. Their youtube channel has over 15k subscribers, with all their videos getting thousands of views. 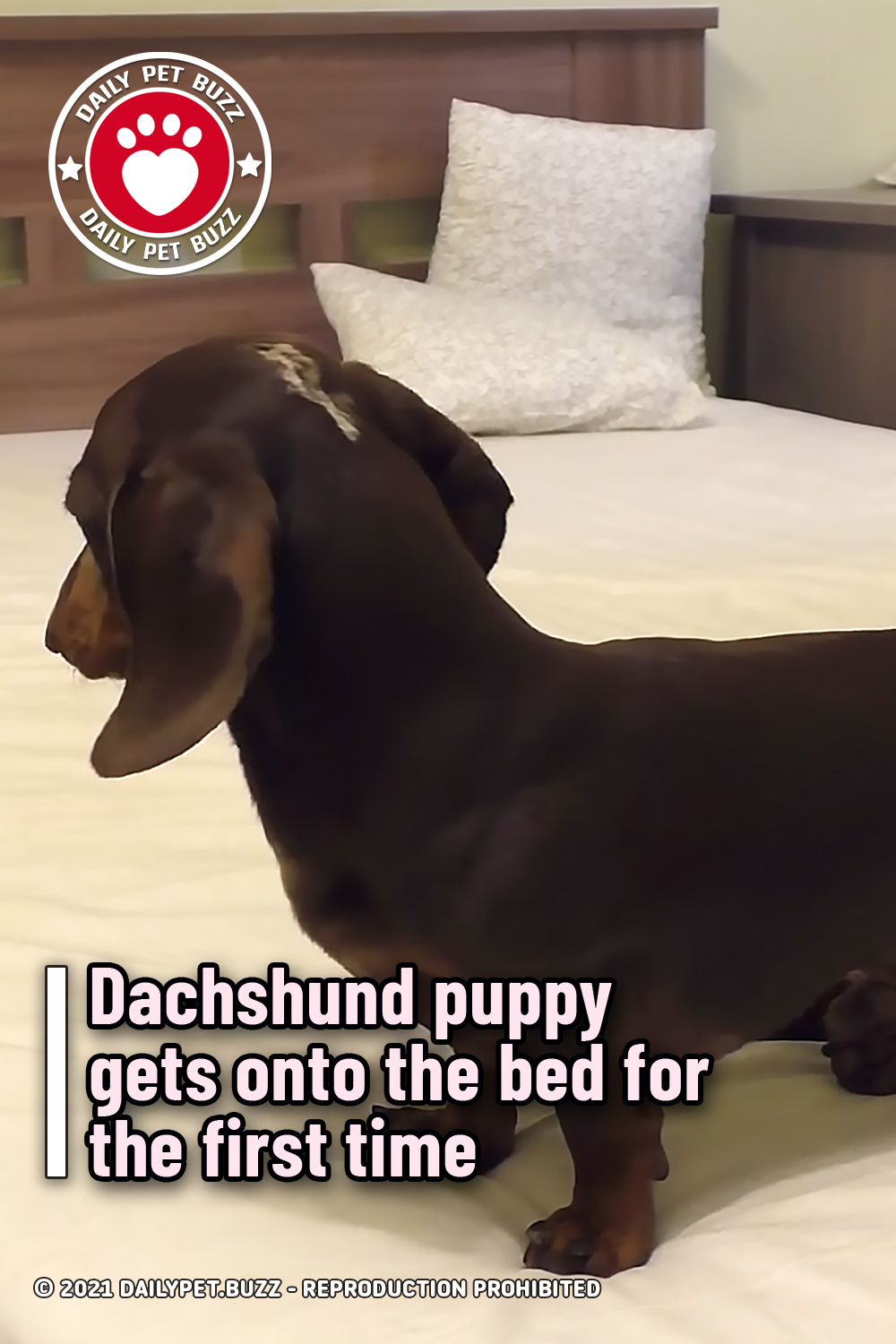