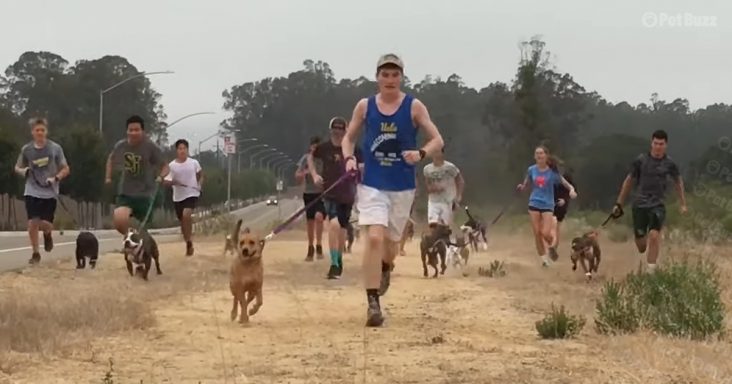 This wholesome moment was captured by Luis Escobar, the coach, during his morning run with the St Joseph high school team and the local shelter dogs at the Santa Barbara County animal shelter.

Unsure of who’s having more fun, the dogs or the students, we are sure of one thing though, the video captured our hearts. The video garnered hundreds of shares just moments after it was posted on Facebook.

Luis Escobar said that he got calls from other coaches asking about the run, showing that it might have sparked an idea that they could implement in the future. The staff at the animal shelter were equally happy with the idea of the students running with the dogs.

Not knowing what might have prompted the team to run with shelter dogs, we can agree that they both seemed to love it, a win-win in this case.

Well, apart from Fred, who would disagree with that. He is seen struggling with Josh, the young student holding his leash who decides to carry him after he’s refused to walk.

Not to worry, though, because Josh ended up adopting Fred. Let us just say the two will make a beautiful team. With one willing to go the extra mile and the other not wanting to move at all, after all, Josh is ready to carry Fred.

All in all, the students loved the run that they ended up organizing a second one. We must commend the students for their kind and selfless act towards the adorable shelter dogs. 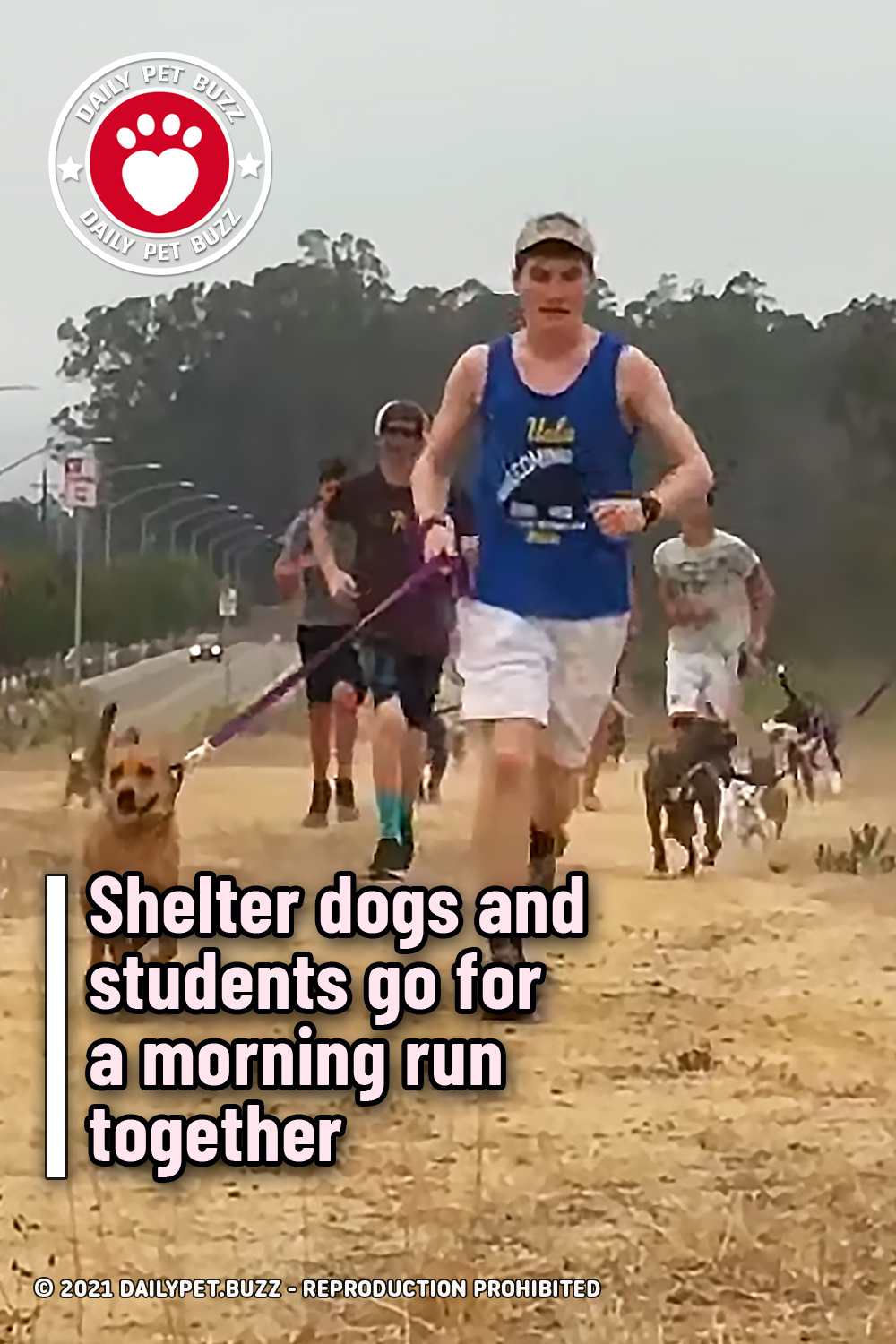