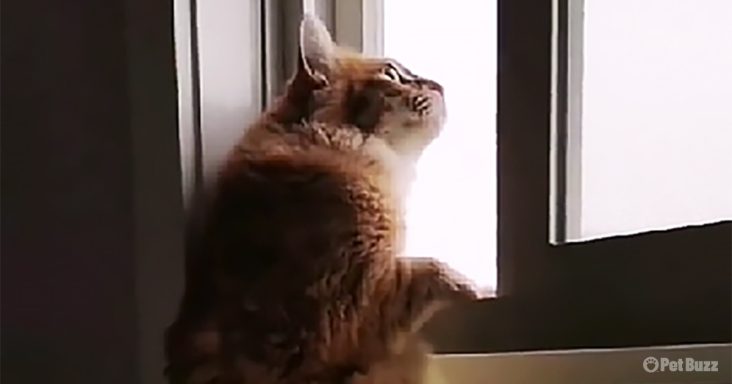 “He takes his bird-watching very seriously.” Meet Walter, the fluffy, marmalade cat who loves to spend his days intently watching the birds outside. For us viewers, this is a cute video of a cat doing “cat things.” For Walter? It’s just another day. 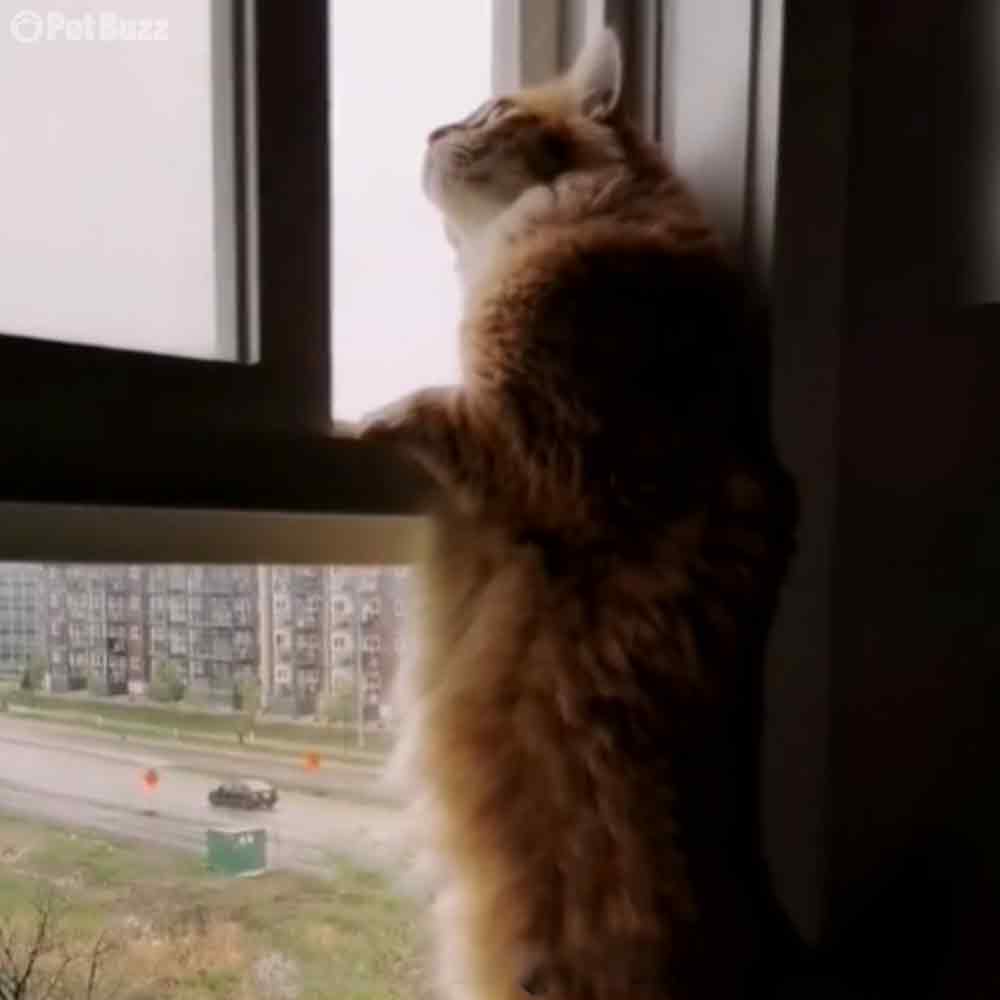 He’s standing on the window sill, positioned for maximum viewing potential. His feet are placed precariously at the edge of the sill below; his front paws are resting against the middle of the window frame.

This position allows Walter to enjoy the best possible viewing from his household window. However, it does look a tad bit uncomfortable. Still, Walter is wholly dedicated to his craft, so he won’t let these minor setbacks deter him. 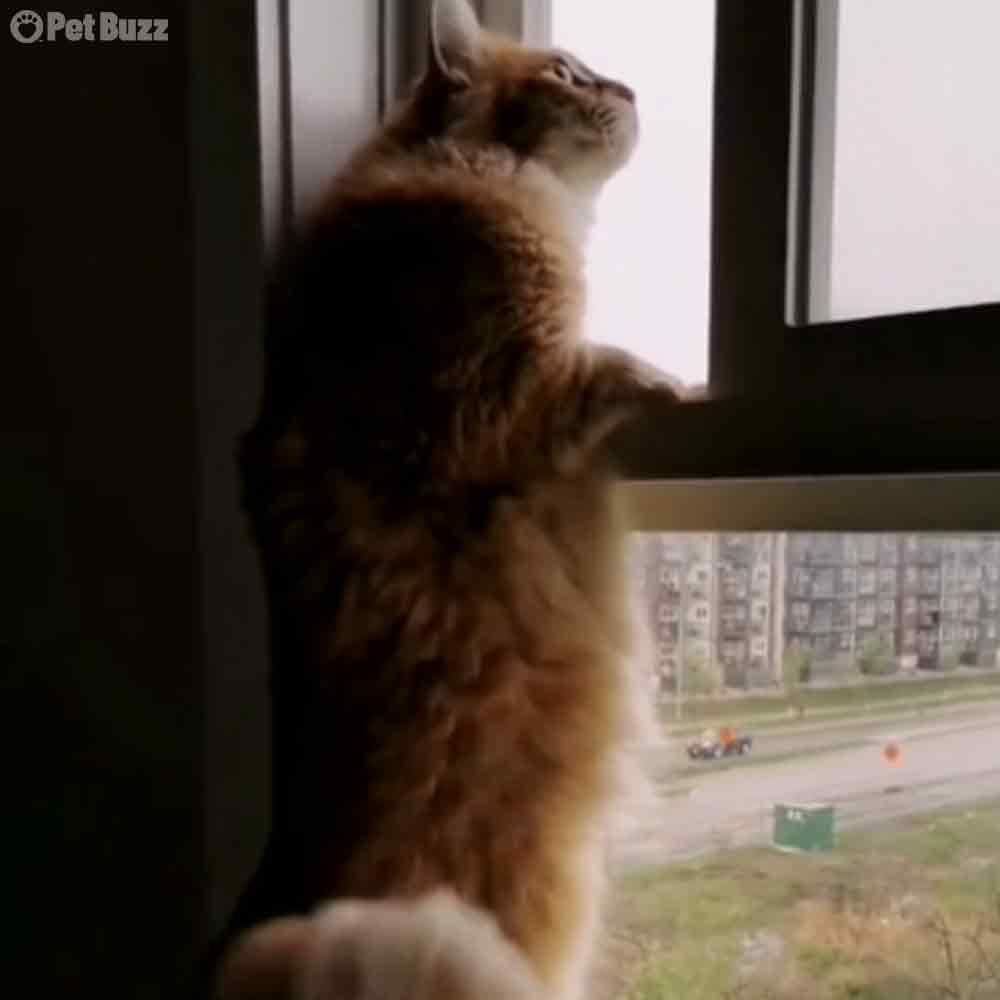 “Look at that tail,” comments his owner. “This isn’t just a hobby for him. It’s a way of life.” Things indeed appear that way, as Walter completely ignores the camera behind him.

Instead, he continues to focus on the flying creatures outside. Although the video does not offer the best line of sight out of the window, we viewers can see that Walter is pretty high up.

We’d guess he’s on the third or fourth floor, which means he likely has a great view from where he’s standing. Some viewers had noted that the window seemed to be open and expressed concerns about him possibly jumping out.

@walter.the.catt responded, letting us know that not only has Walter never attempted to jump out of the window, but there’s also a screen there (just in case). Fear not, fellow viewers: Walter’s more than content to simply watch! 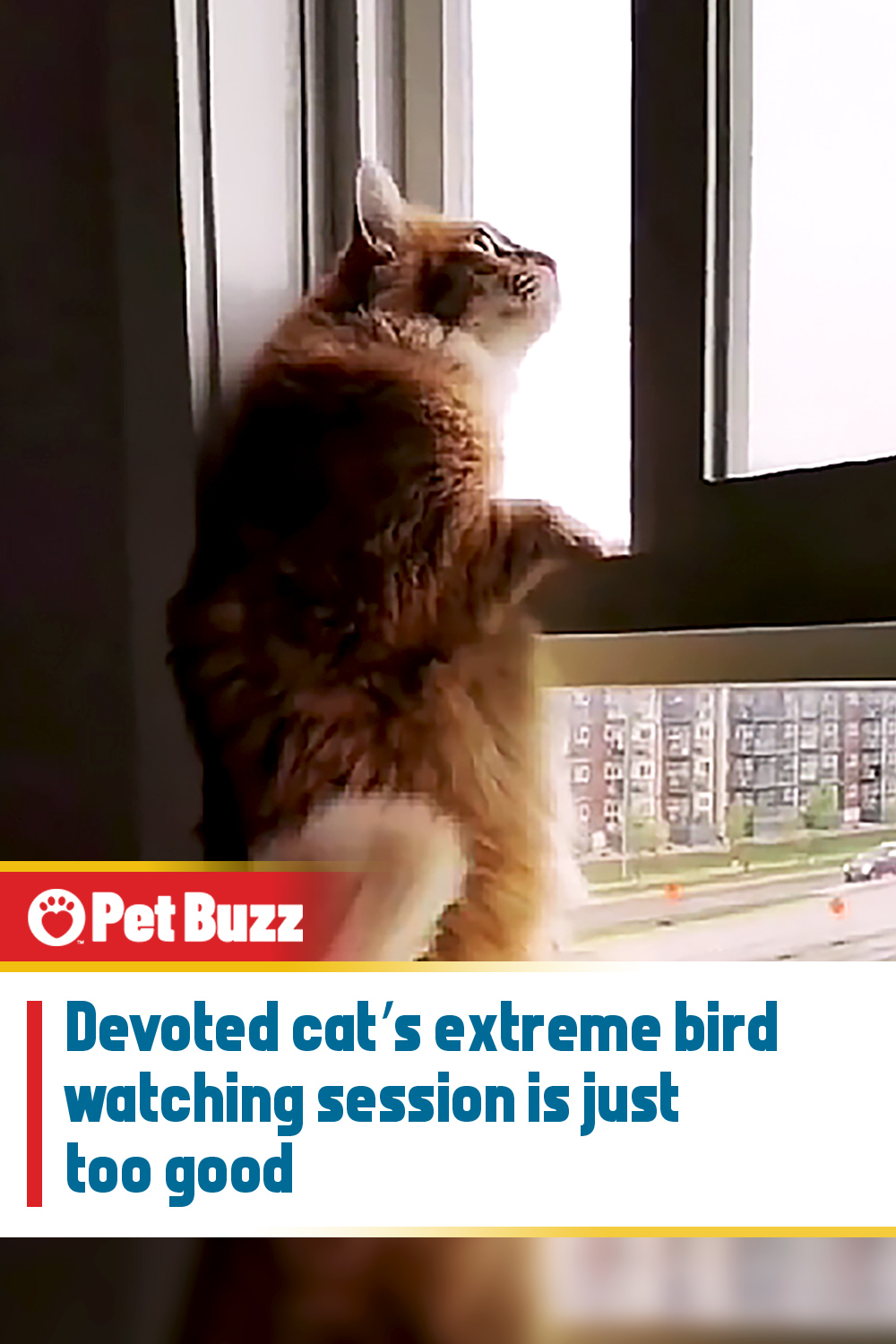