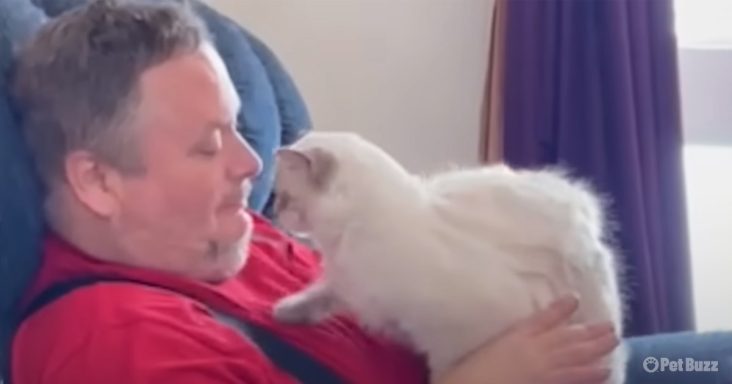 There are many animals deprived of love and affection. Unfortunately, most of these unwanted pets end up at a rescue center. One such poor Tabby cat named Bug was brought to the Michiana Humane Society Rescue Shelter.

The innocent Tabby cat would stick his paws out at the people who moved across his kennel, hoping they touched him. However, the shelter staff members had never thought the kitty would grab the attention of a dog lover.

The poor kitty, named Bug, also had a weird habit of rubbing his nose on the kennel door, which soon resulted in him losing the fur in the nearby area. In addition, the little one was stressed a lot, making him eat less. The volunteers at the shelter were concerned a lot. So, they placed a companion in Bug’s kennel.

However, everyone understood that Bug needed a home, and placing him in foster care would help his condition. Thus, they began searching for families who would benefit. Soon, they found foster parents who were ready to take responsibility.

When Bug arrived at his foster home, he quickly adjusted to the surroundings. He looked around the house and started kissing or cuddling with his foster parents whenever possible. The shelter kitty soon won over the heart of his “dog-lover” foster dad.

The cat never left his foster dad alone and would always be around, snuggling with him. Bug would always sit on his lap, continuously licking him & his new dad would pet him adorably. Finally, the time came when the husband went up to his wife and asked her if they could keep Bug forever.

The shelter volunteers thought it was funny that a “dog-lover” was begging to adopt a cat. However, this was good news for Bug, who was soon adopted. He would now have a forever home. Bug was not alone since he now lived with his two cat brothers and loved playing with them. 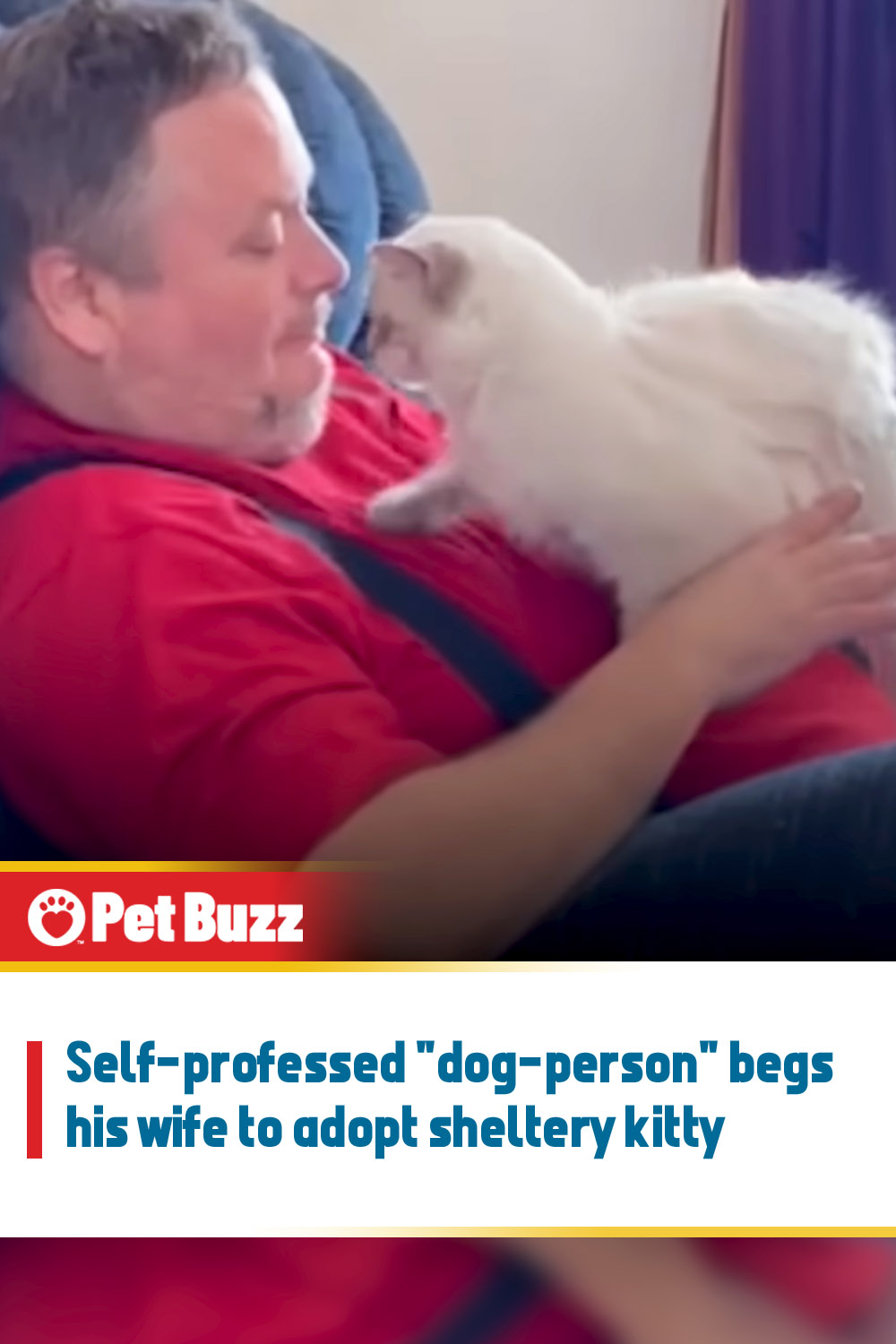