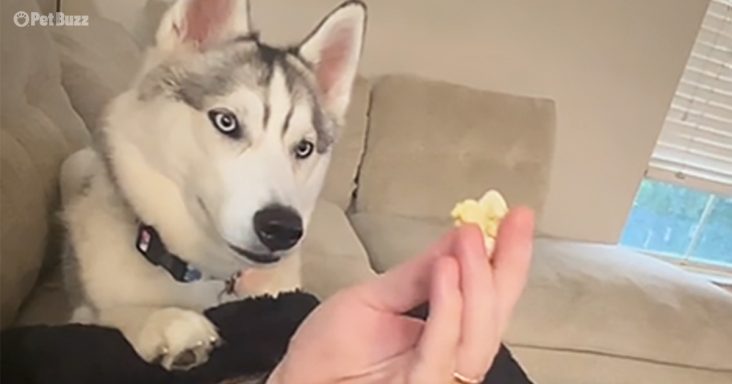 Everyone who has dogs in their family knows that any meal is fair game: at least, that’s what our furry friends seem to think! This video—which stars Mya Mya, the Siberian Husky & her doggy-dad—shows a familiar situation. 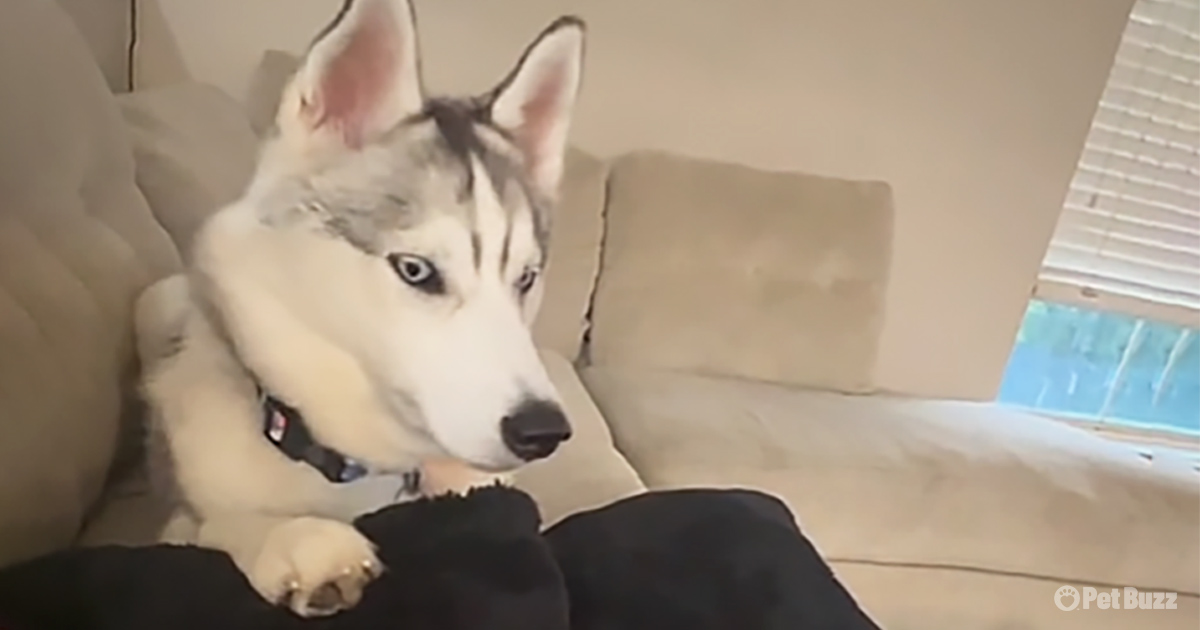 The video begins with Mya Mya’s owner sitting on the couch, a big bowl of popcorn plopped in the middle of his lap. Perhaps it was the sight of him eating, or maybe it was the alluring smell of the snack.

Either way, Mya Mya has her eyes on the prize! The adorable dog lets out a quiet yet emphatic howl, clearly letting her owner know that she wants some popcorn. 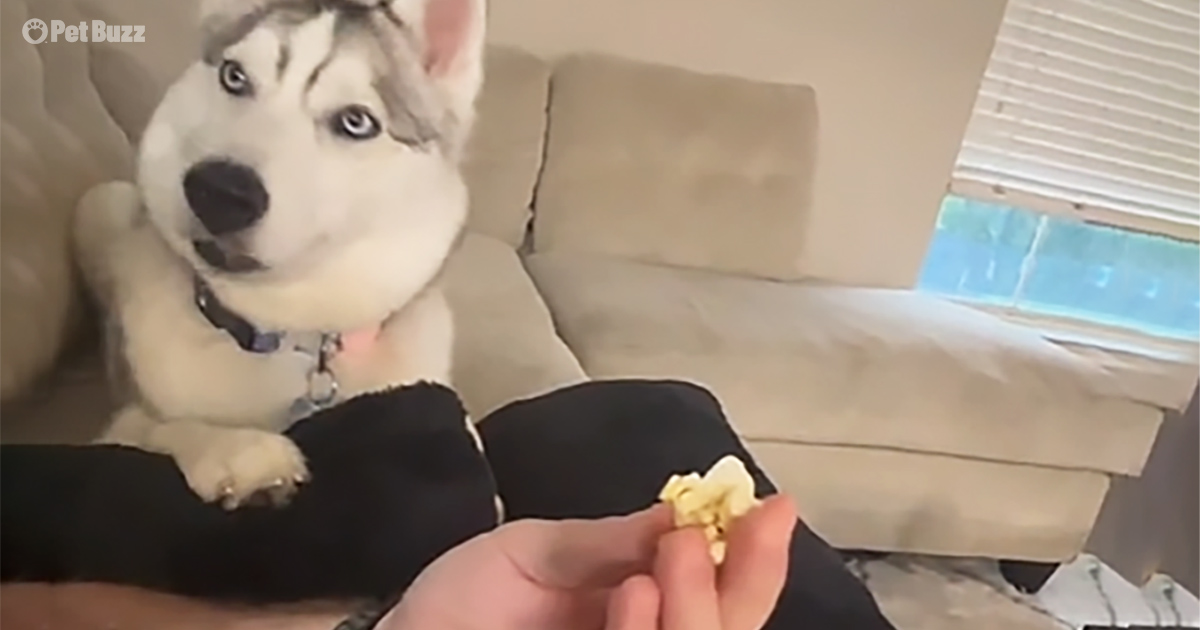 Appropriately captioned, the text on the screen reads, “Give me some popcorn.” Mya Mya looks at the popcorn, then at the camera, pulling back her lips to reveal a big smile!

When her owner holds up a piece of popcorn, her face drops as she realizes he’s not going to hand it over immediately. “Of course, I wanted it stupid,” the screen reads. 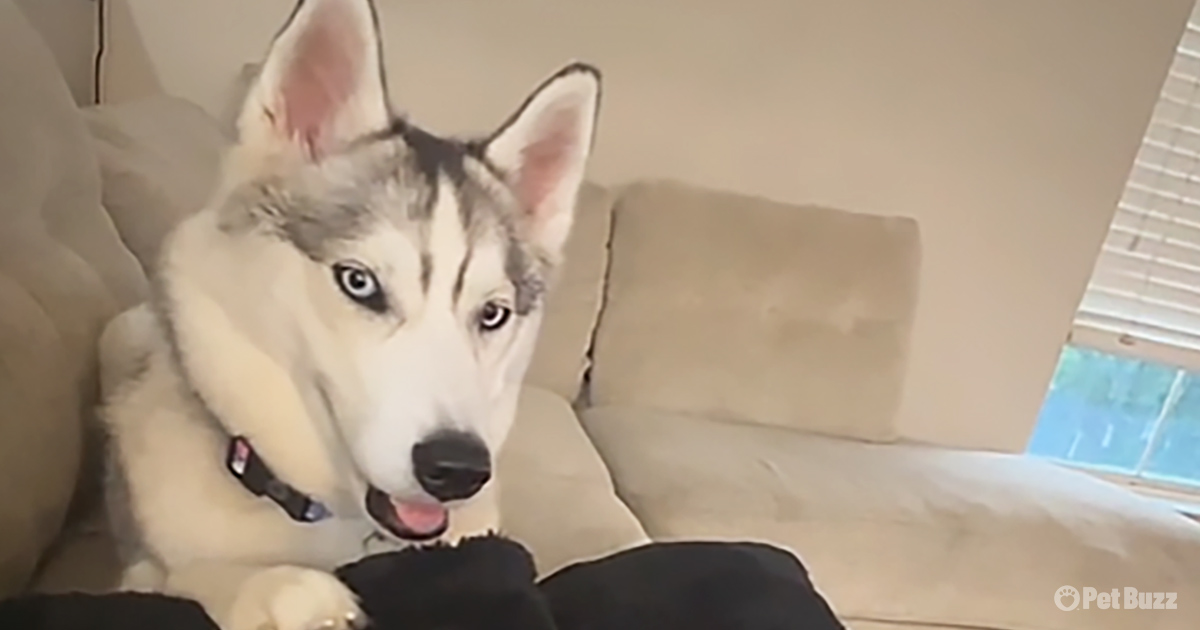 Mya Mya seems to ponder her options for a second, trying to figure out the best way to get this tasty treat. She finally has a plan: “I’ll just be quick and snatch it!”

Unfortunately for Mya Mya, she wasn’t quick enough to snatch the treat, as she barely made it halfway before her owner pulled the snack away. She doesn’t seem too concerned, though. Judging by the look on her face, we’re pretty sure she got a taste after anyway!

♬ Love You So – The King Khan & BBQ Show 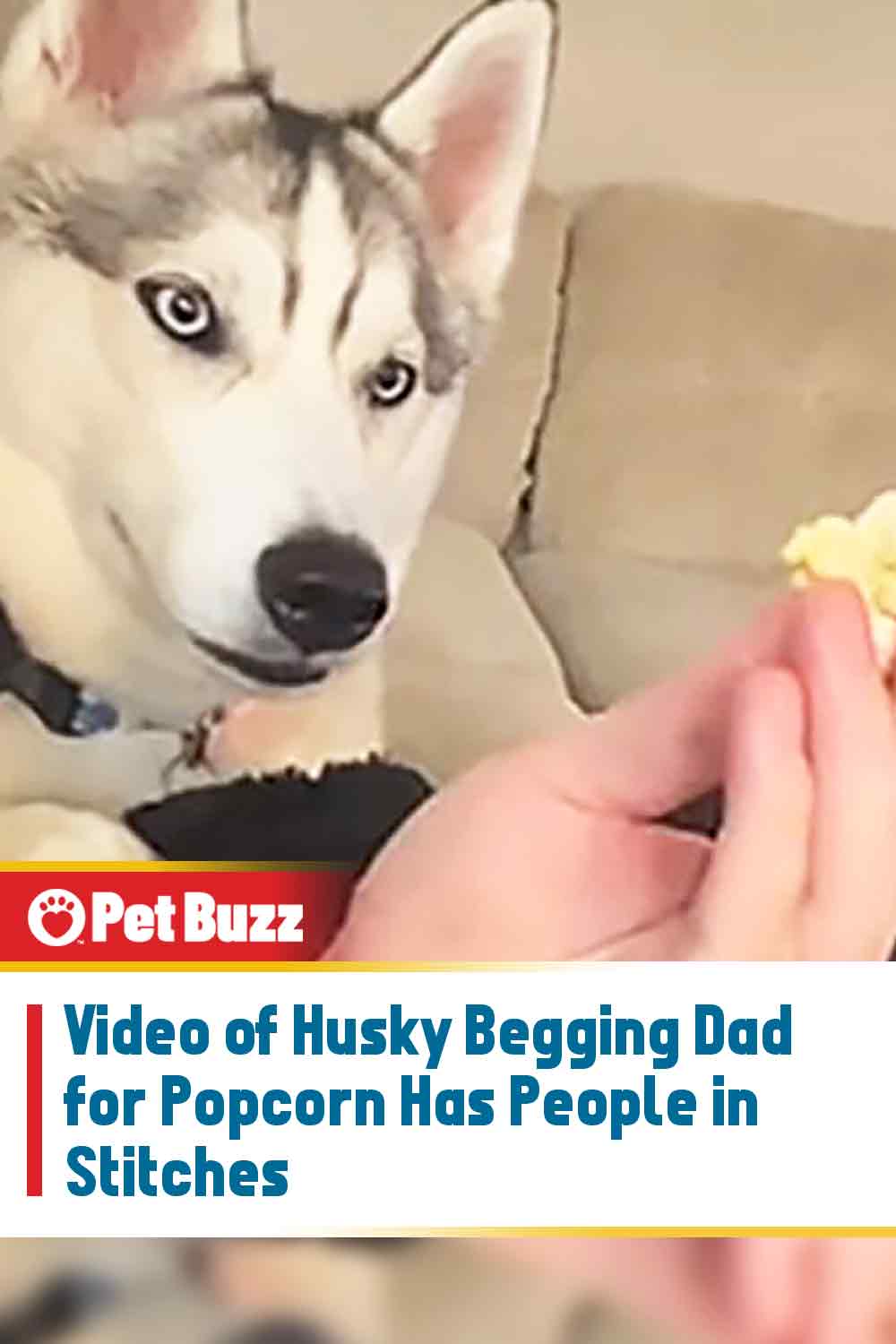