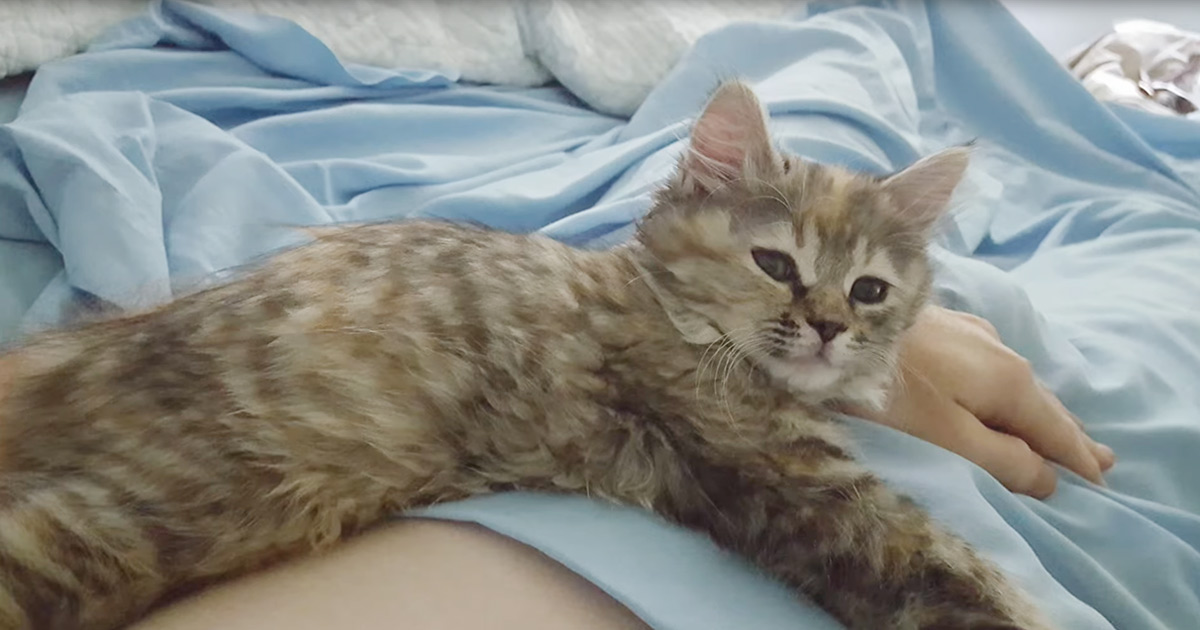 The popular adage, “mother knows best” certainly rings true for Keith Reszoly. When his mom saw kittens in need of a home at her veterinarian’s office, she immediately advised him that he needed one of the kittens as much as they needed him. A beautiful tortoiseshell kitten won over both of them, beginning a love story for the history books.

Keith reports that on the day he brought home the kitten he renamed Gracie, she fearlessly approached everyone she met, climbing their legs and asking for snuggles. She followed him around the house wherever he went, and that first night, settled into Keith’s arms to sleep soundly.

She enjoyed being nestled in his arms, and would not sleep anywhere else. Even a year later, beautiful Gracie wants nothing more than to be burrowed into Keith’s arms. She has learned the meaning of the alarm clock, and upon hearing it, comes running to enjoy cuddle time.

It seems that Keith enjoys snuggle time with Gracie as much as she does. He has even adapted his morning routine to fit the extra time into his schedule. He now sets his alarm 30 minutes earlier so that he and Gracie can spend that extra time in sweet embrace. It’s a story of true love. Truly, mom knew best after all. 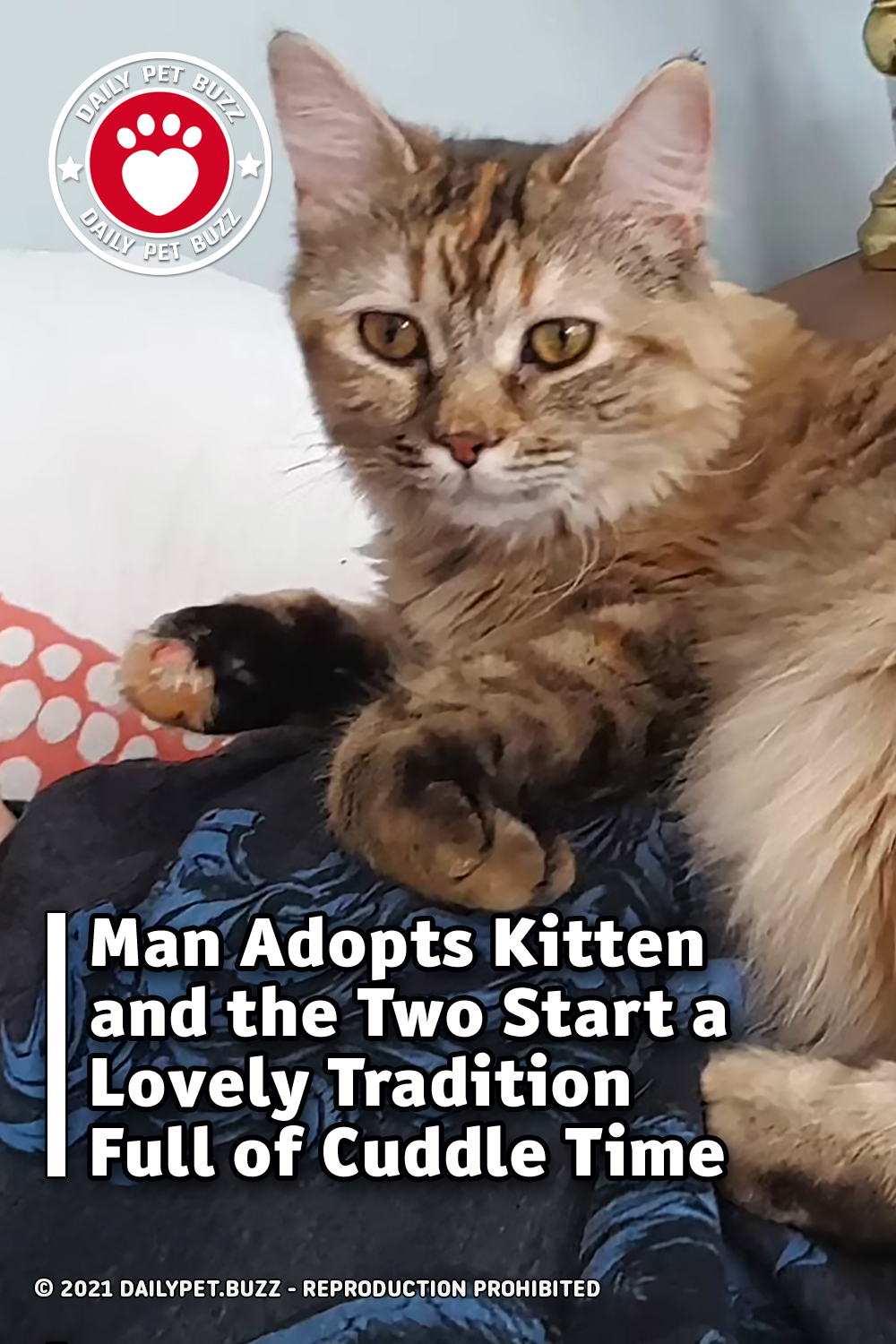