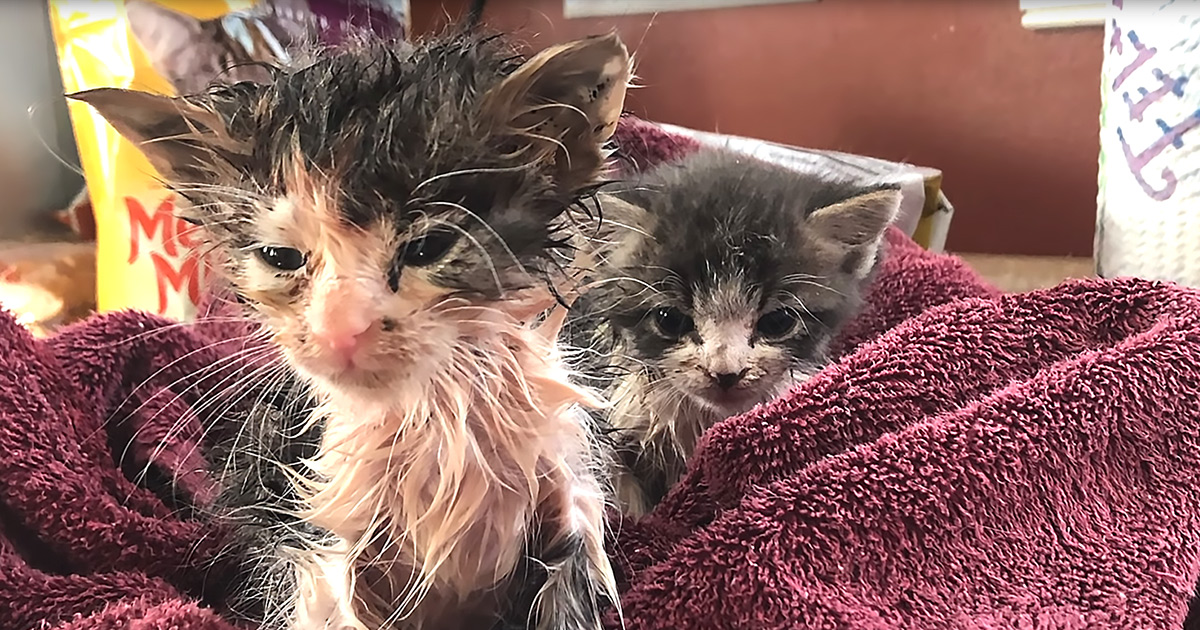 When a hungry kitten ran up to a kindly man, crying loudly, his girlfriend Hannah came outside to check out the noise coming from the couple’s alley. The sight of the bedraggled baby tugged at her heart and she could not resist picking him up to take into the house and help him.

That’s when she heard the tiny footsteps of a second kitten, running as fast as she could to follow behind the human who had scooped up her brother. Of course, Hannah did what anyone would do: She gently picked up kitten number two, to carry both babies inside her house.

Both kittens suffered from severe flea-infestation, a danger to tiny kittens, and both were very dirty from their time outdoors. A few baths later, the babies were ready for some nourishment and a nap in a warm bed.

Several times, each of the kitties seemed in danger of succumbing to the ravages from their mysterious past, but every time, Hannah and her boyfriend intensified their efforts and the kittens rallied back, eventually becoming hale and healthy. Their appetites are good now, and it seems the lucky babies are out of the woods for good. 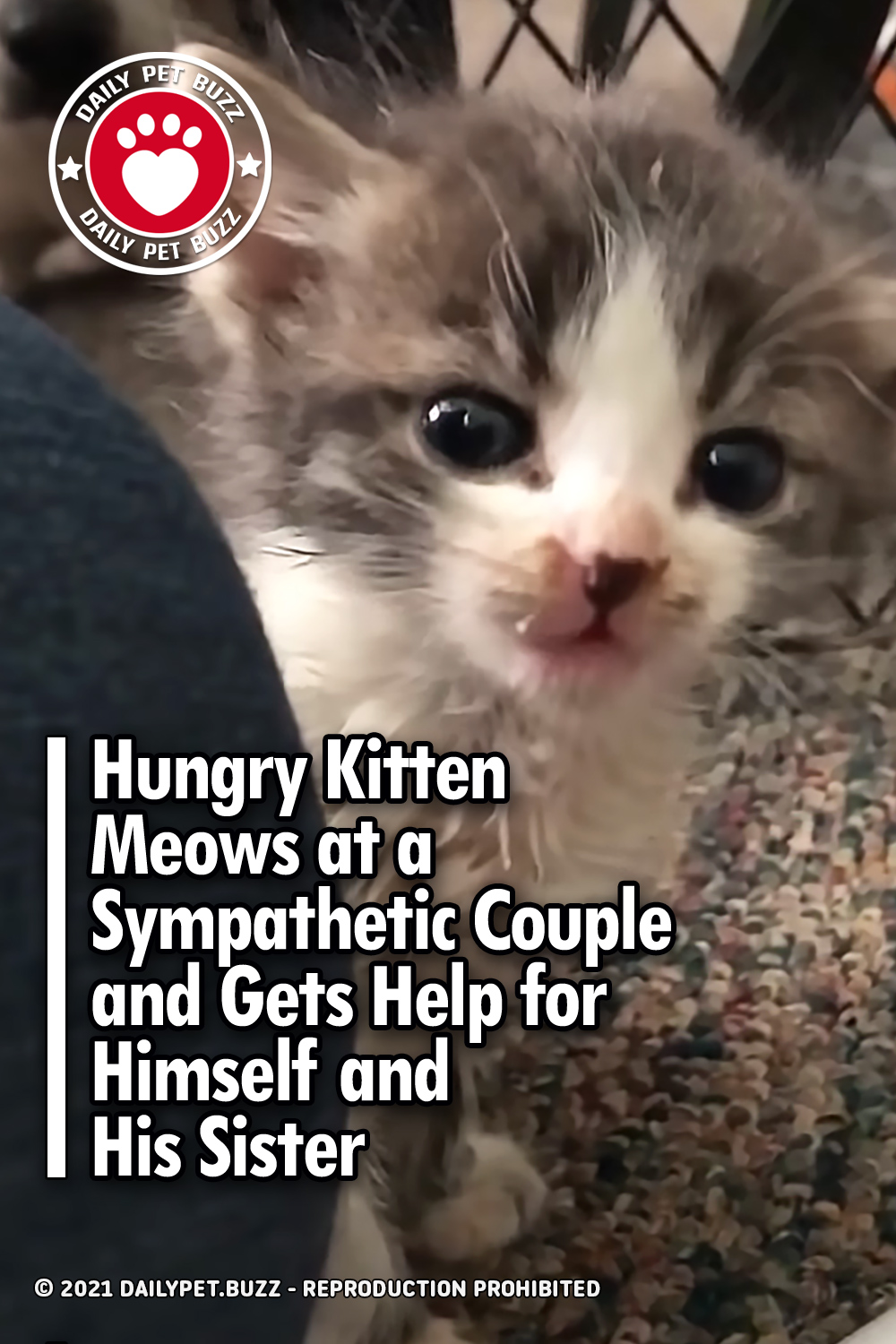