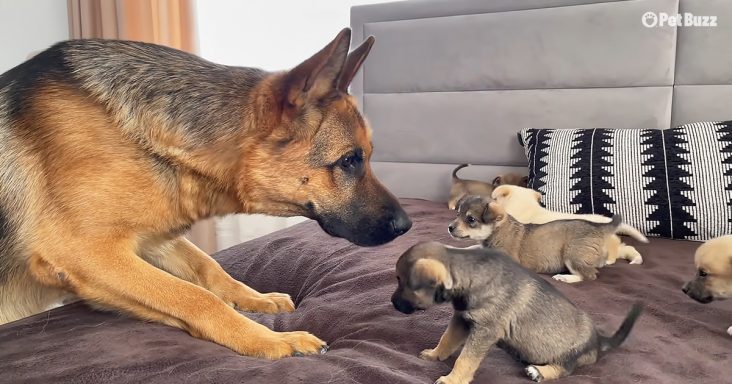 Rocky, the massive German Shepherd, met adorable puppies for the first time. The five puppies were placed on a bed, and Rocky put his front paws on the mattress.

Sunlight scattered into the room from the surrounding windows as Rocky took in the sight of tiny dogs in front of him. All the pups were roughly the same size, only as big as Rocky’s head.

One of the puppies was a bit unsure and anxious around Rocky, and he tried to hide behind a pillow. He wasn’t able to successfully cover himself, so Rocky knew where the scared puppy was.

Rocky gently sniffed the puppies, who seemed to line up at one point to say hello to him one by one. He taught them manners by lightly growling whenever they bit him on the face.

All the puppies were wagging their tails nonstop. Even when they lay down on the soft bed, their rears were still wigging with joy and excitement. Rocky was a bit overwhelmed.

The puppies continued to crawl and run around the mattress as much as they could. Rocky was still taking his time getting to know them by sniffing their entire bodies.

He even approached the terrified puppy, who realized that he wasn’t hidden at all. Rocky did his best not to scare any of them by getting too worked up or excited. It was a productive meeting. 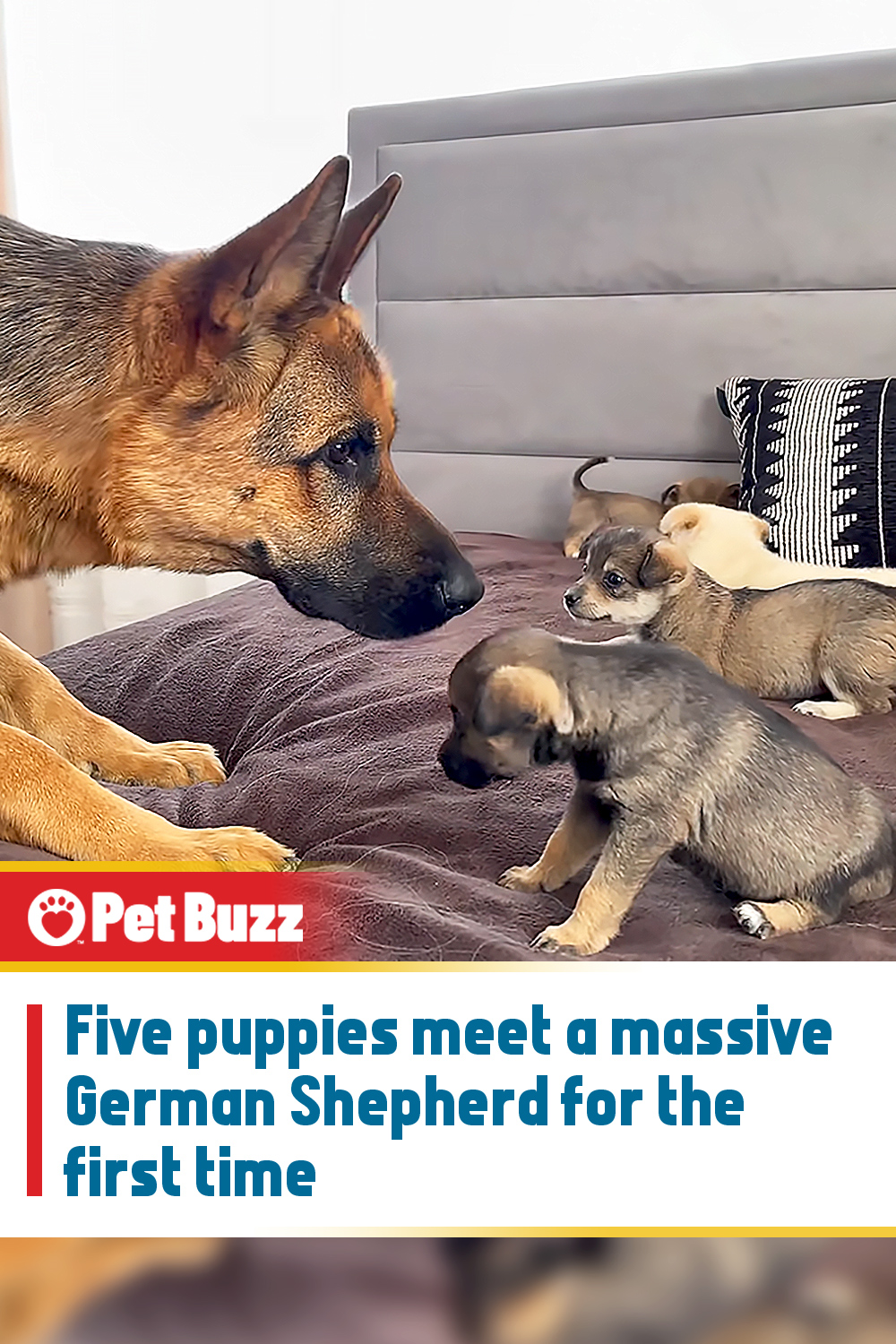