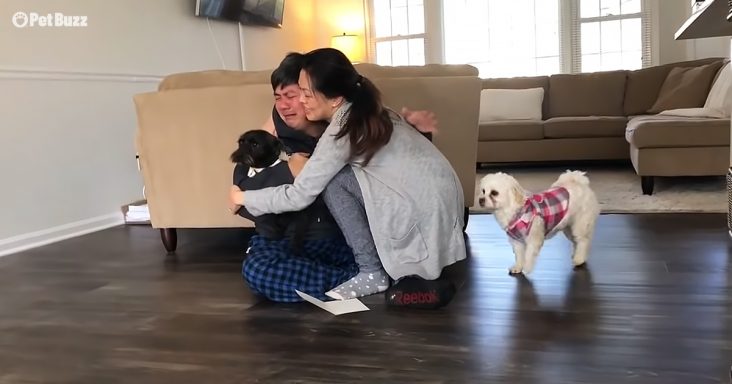 Ann Hoang surprised her husband when she revealed they officially adopted their foster dog Toby and Mr. Hoang cried tears of joy. Toby was roaming around in the streets of South Korea before he was rescued.

He was surrendered to a shelter, but the shelter was full. Thankfully an organization called Band For Animal was able to rescue Toby and fly him to the U.S.

Then the Hoang’s took him in. Ann Hoang was sure she wanted another dog, but her husband wasn’t sure about having two of them in her home. Toby was still timid when he got to their home.

Mr. Hoang saw that Toby was scared, but in the evening, Toby walked up to him and looked at him with his puppy-dog eyes. Ever since then, Toby and Mr. Hoang have been bonded.

There were other families who wanted to adopt Toby, but Ann considered officially adopting him. Her husband seemed so attached she did not want to take Toby away from him.

Ann hatched a plan with the rescue group to surprise her husband. They went out to see the potential home of Toby’s new family, and Mr. Hoang received a card.

He read the card that said Toby was officially adopted by him and his wife. Mr. Hoang was happy, and Ann never thought he would actually end up crying. 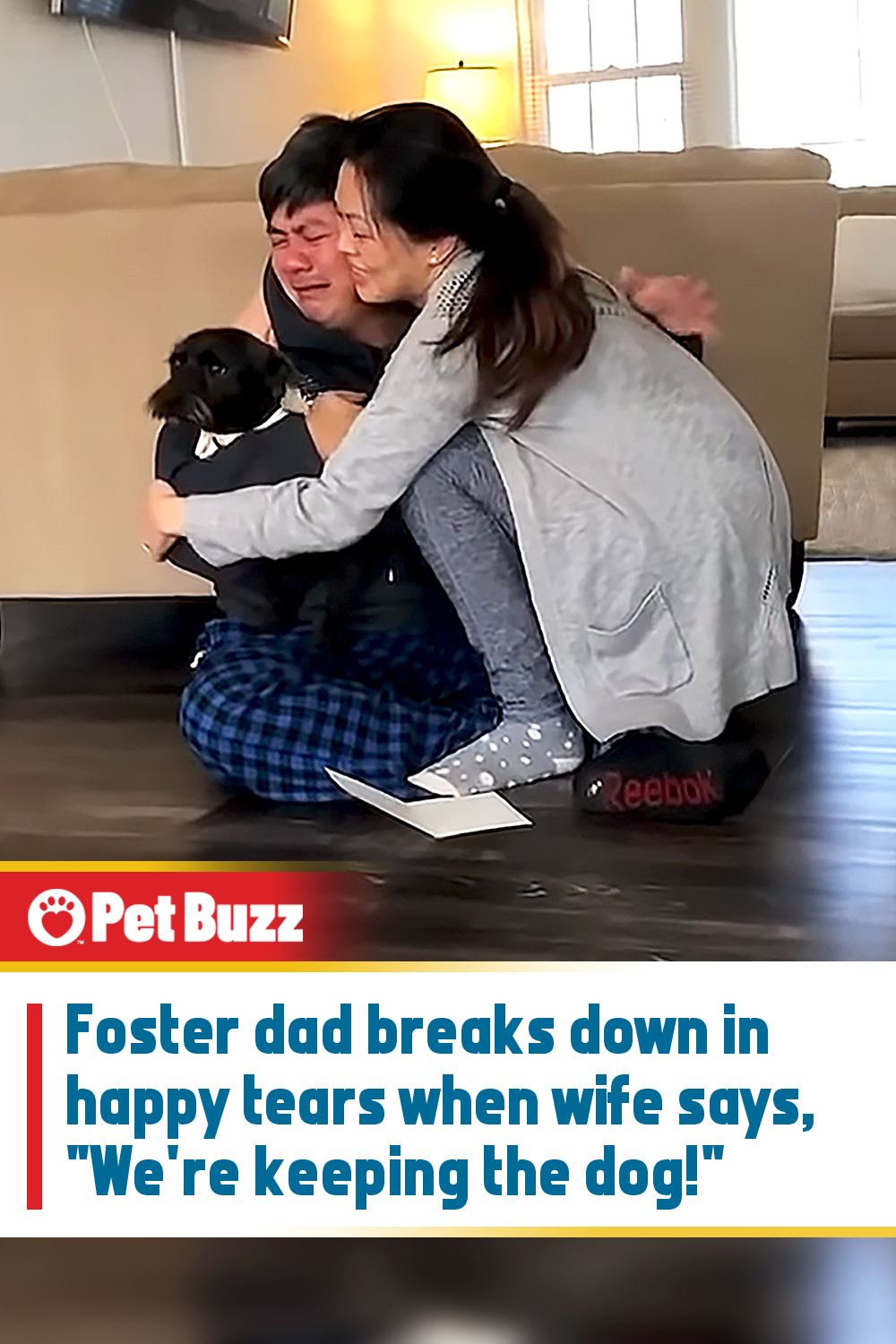