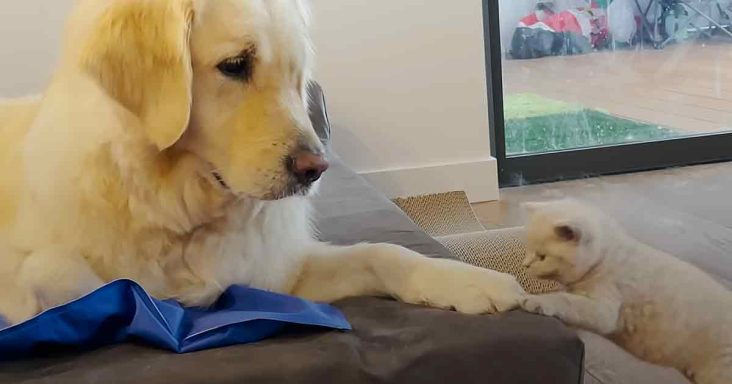 Horlicks, the Golden Retriever, has separation anxiety, and Lee hoped that a new member of a family would help with that. On Horlicks’ fifth birthday, a kitten named Hero was brought into his life.

Hero was kept in a separate room at first, and Horlicks stuck his nose through the door to say hello. They kept their distance from each other while Hero came out and explored the house.

Horlicks watched curiously, and Hero was quite skeptical because he hadn’t met a dog before, and Horlicks was massive compared to him. After spending more time together, Hero realized that Horlicks was a gentle giant.

When Hero was more comfortable, Horlicks approached him to say hello and bond with him. Eventually, they started to eat together and even sleep together.

They went on morning walks where they would play together in the park. Though it is Hero who usually initiates the playtime. Horlicks is a very laid-back dog.

Horlicks has naturally fallen into the role of an older brother, and Hero is a secure cat. The two influence each other, and Horlicks has improved with his separation anxiety.

Lee noticed that even after leaving them for an hour, Horlicks was completely fine. It is apparent that Hero and Horlicks love each other very deeply. 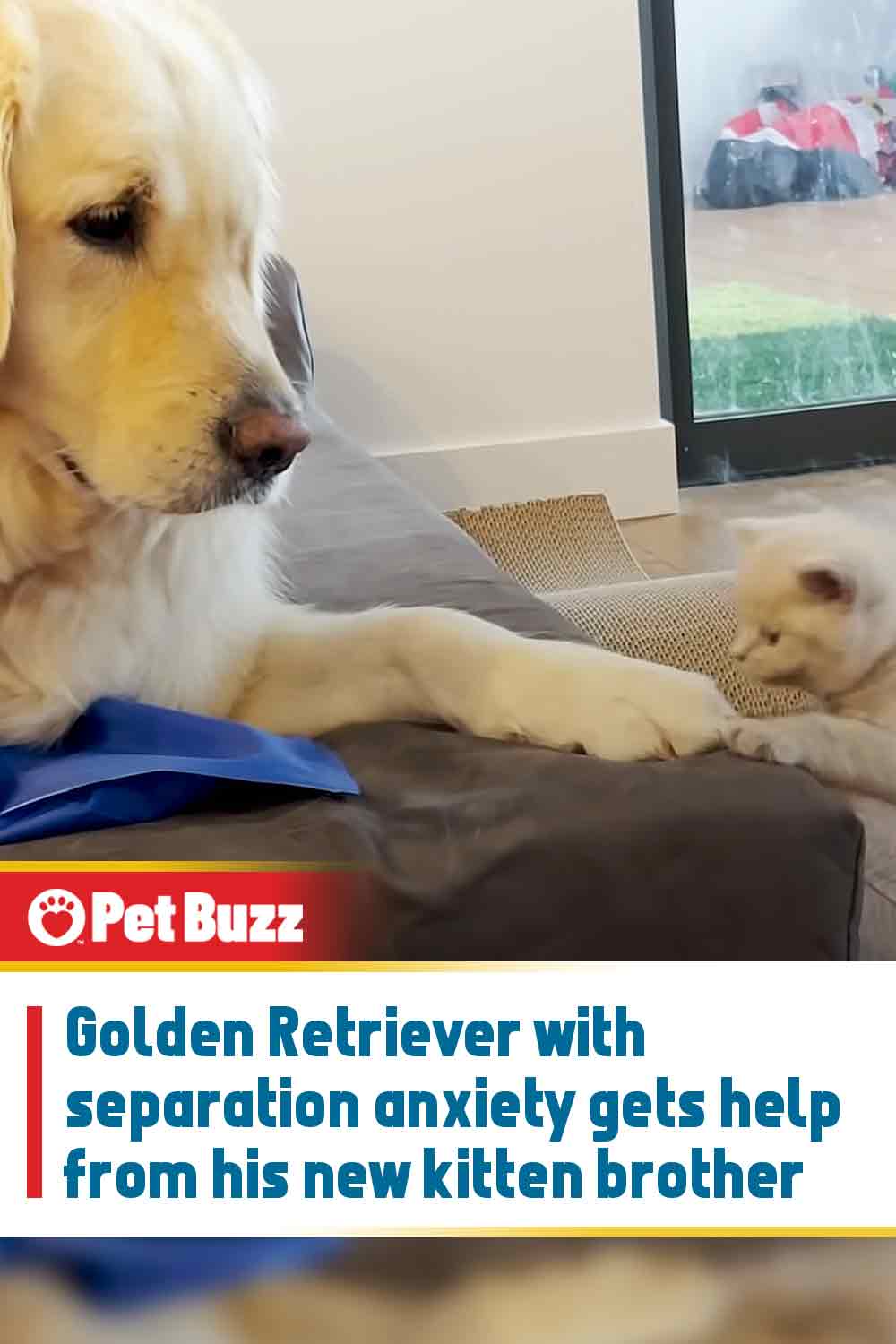