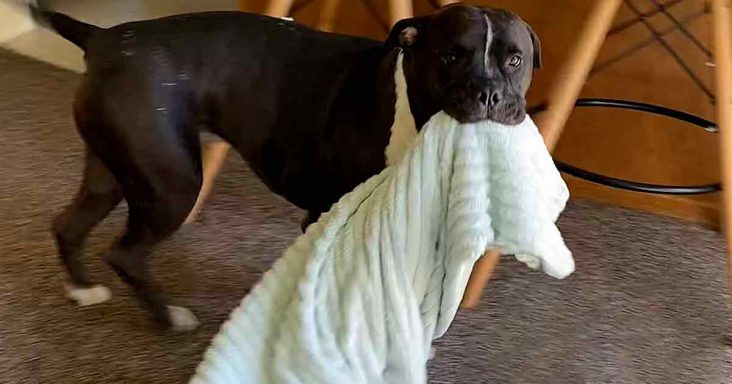 Bubby, the Pit Bull, was saved from a dogfighting ring and eventually adopted by Katharine. As a puppy, Bubby was a bait dog which traumatized him and left him in a horrible condition when he was first rescued.

Katharine knew he needed time to open up and recover. When Bubby first arrived at her home, he was not acting like a real dog. She wanted to do everything to make him happy.

They started to crate-train him, and a soft blanket and pillow were given to him to sleep with. Every morning Bubby was let out, and one day, he did something different during the usual routine.

After going out, Bubby went back in and grabbed his blanket. He started dragging it around the house and wagging his tail to let Katharine know he was happy.

This became a habit, and he would do it with everything. It made Katharine laugh, which encouraged him to do it every time she came home.

Then Katharine rescued another Pit Bull named Simon. He followed Bubby’s example and ended up carrying stuff around the house. Both dogs displayed constant parades in their home.

Katherine couldn’t be happier every time she was greeted by her two snorting and wiggling dogs. It is impossible for her to have a bad day when she sees both of them. 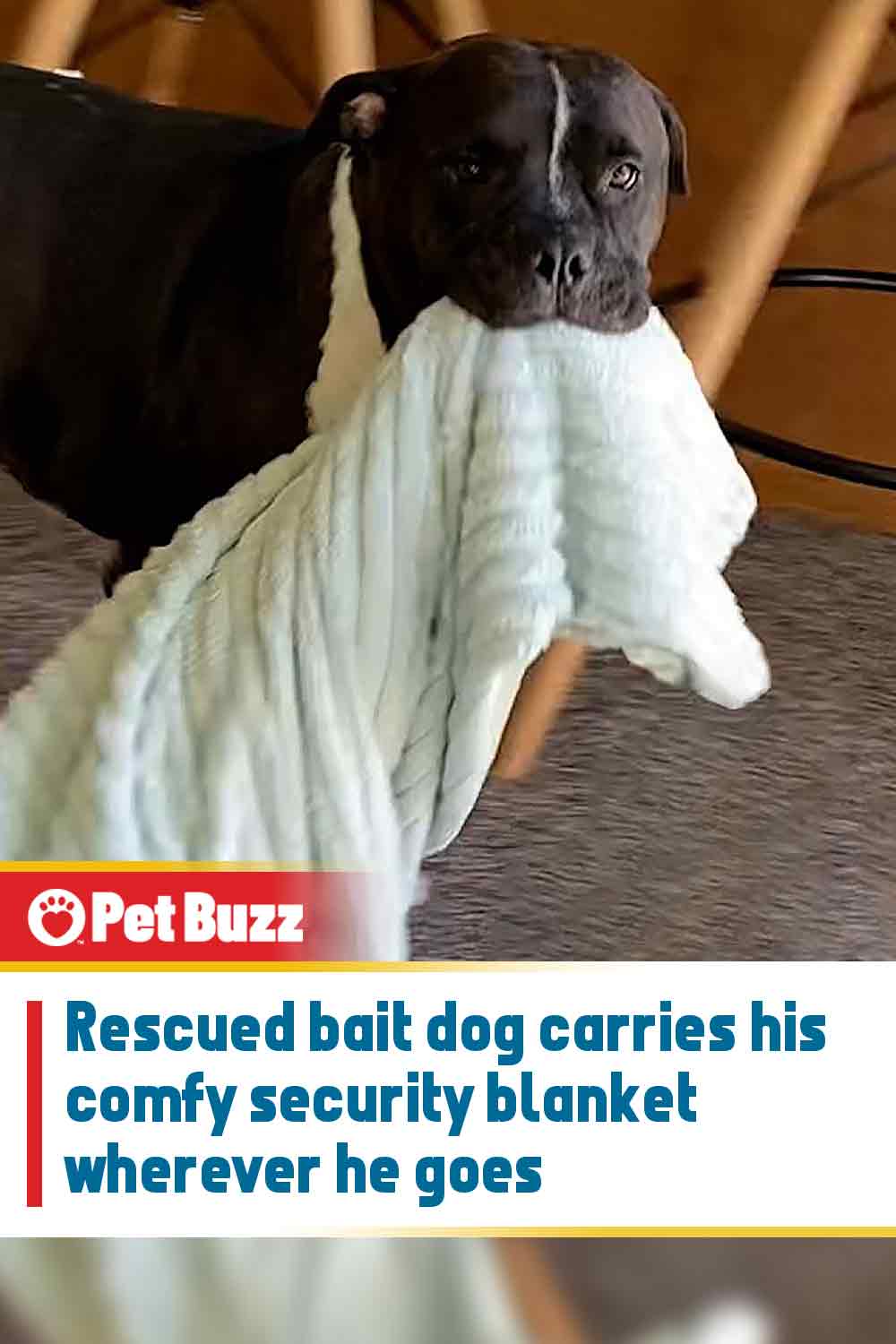