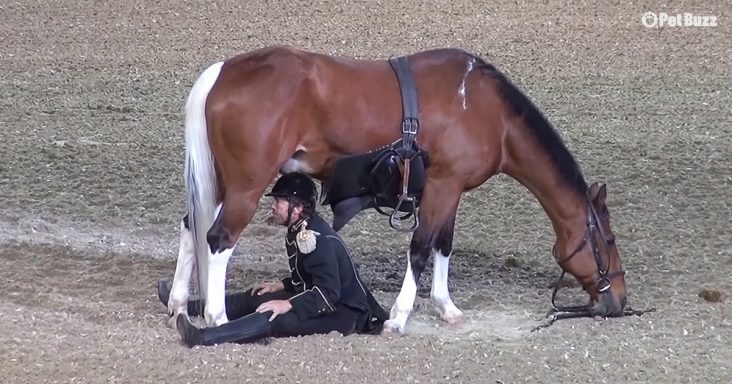 Tommie Turvey and his horse Pokerjoe put on a comedy act that was incredibly unique and hilarious. The announcer introduced the dynamic duo, and they walked in confidently.

As they take their place, Tommie looks around confidently and then stops. He salutes, and then suddenly, the saddle gets unbuckled, and he ends up underneath Pokerjoe.

Pokerjoe licks Tommie’s face, and the crowd already begins to laugh. Tommie slowly gets up and walks through the back legs of his horse friend. He pushes aside the tail as he moves out.

Once Tommie gets his bearings again, he picks up the saddle and tries to put it on Pokerjoe. When he wasn’t looking, Pokerjoe lay on the ground and started rolling onto his side like a dog.

Pokerjoe refused to stand up while Tommie was pulling on his tail and trying to wrestle him. Eventually, Pokerjoe ended up on his back with his legs pointing straight to the sky.

Tommie put his helmet on one of Pokerjoe’s back legs and then sat on his chest. He played with Pokerjoe’s legs and tried to reach for his helmet. Pokerjoe moved his foot away every time Tommie wanted to touch it. 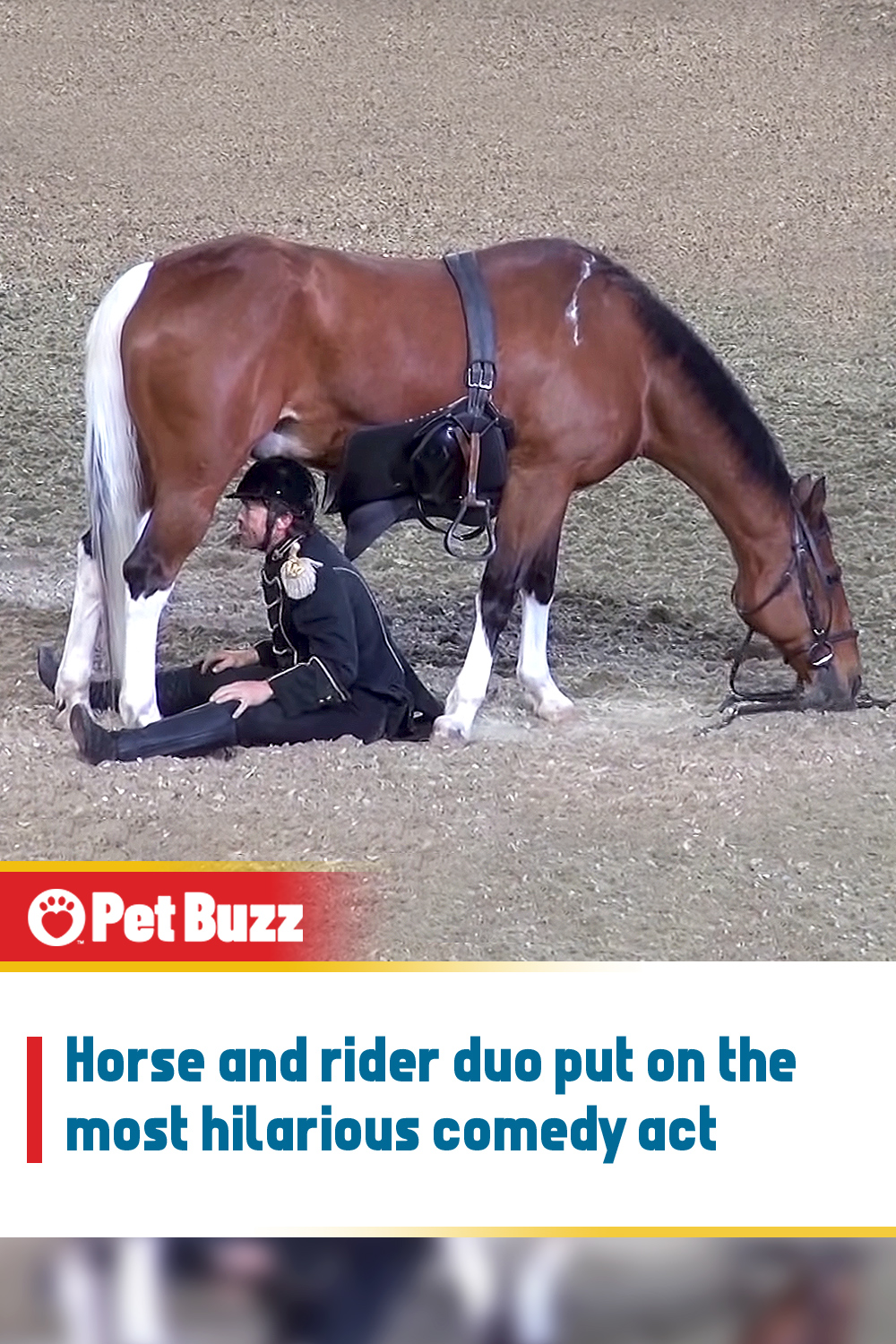