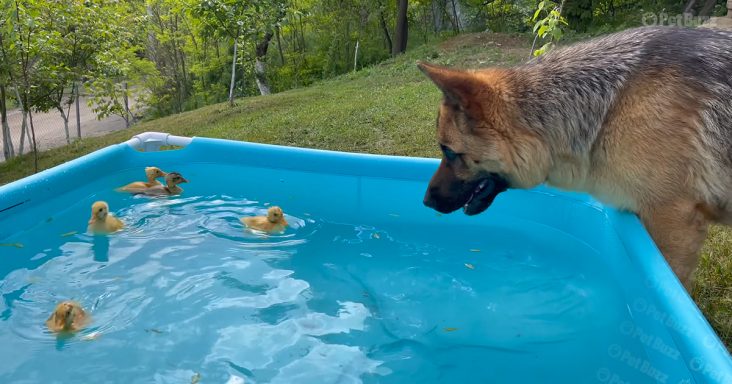 What appears to be a fun discovery for an adorable purebred German Shepherd puppy is a nightmare for some squealing baby ducks. In this cute video, viewers can see how a dog reacts to ducklings taking a bath.

The scene of the video is in an open yard on a sunny day. A curious young pup is ready to have the time of his life as his owner watches nearby.

Viewers can see how the curious giant puppy looks at the fluffy yellow ducklings who are excitedly swimming in their blue oasis, that is until they begin to be chased around by Rocky.

In a sad turn of events, the puppy doesn’t seem to understand that the ducklings are a bit afraid of him, and in return, the ducklings don’t know that he wants to observe them.

This game of cat and mouse, or more like dog and ducklings, goes on for quite a while until Rocky’s owner reels him in, and the German Shepherd puppy has to put a stop to his chase.

Many have commented that poor Rocky just wants to make friends with the baby ducks but that they just see him as a threat. One has even compared Rocky to being a ‘land shark’ to the scared ducklings.

Viewers can follow Rocky on his YouTube channel, where he has over 67 million views on the platform. The video of the puppy looking over the baby ducks has over 1 million views and counting. 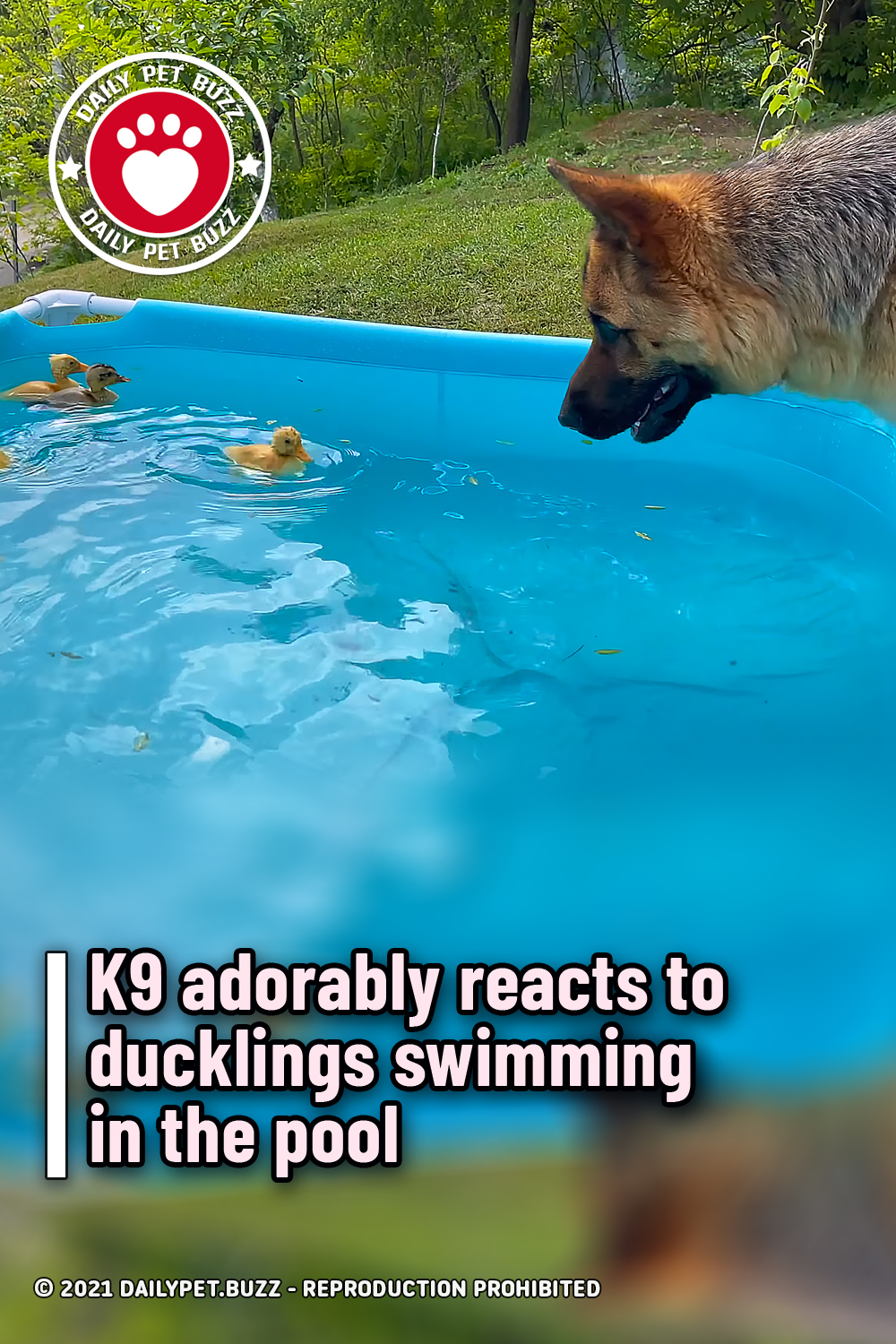