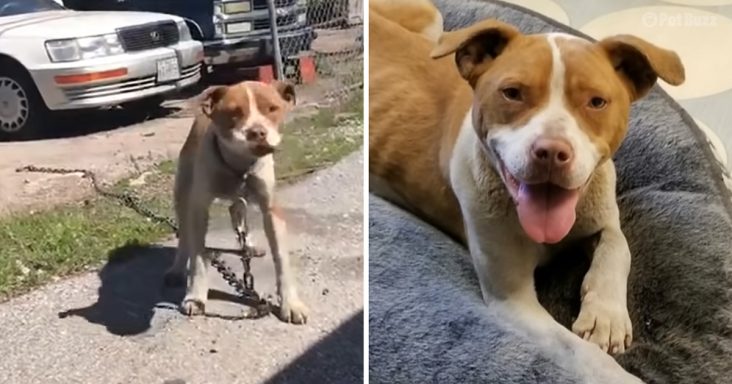 Stray Rescue of St. Louis found a dog that was dragging a 10-pound chain around her neck. The stray was seen sleeping under a car, and she was wary of any strangers that got close.

While the chain was long and massive, she didn’t look enormous and robust. The rescuers gained her trust by tossing food and treats at her, and she was scared at first.

Before she ate the food, she was barking at them and tried to drag the chain as much as she could. Then she became slightly more comfortable when she got the treats.

Eventually, they could bring her into their truck, and they took her to their offices. They led her by the chain, which could be heard rattling against the vehicle.

As the dog got down from the car, she was anxious, but they made sure she had nothing to worry about. Once they were inside, they took off the chain and her collar.

There was a look of relief and joy once the weight was off her neck. They found that she only weighed 31-pounds, and it was a herculean effort for her to be living with that 10-pound chain.

They named the rescued dog Fallon Marie. Now she is happy and healthy with the biggest smile on her face since she can move freely without the weight of a massive chain around her neck. 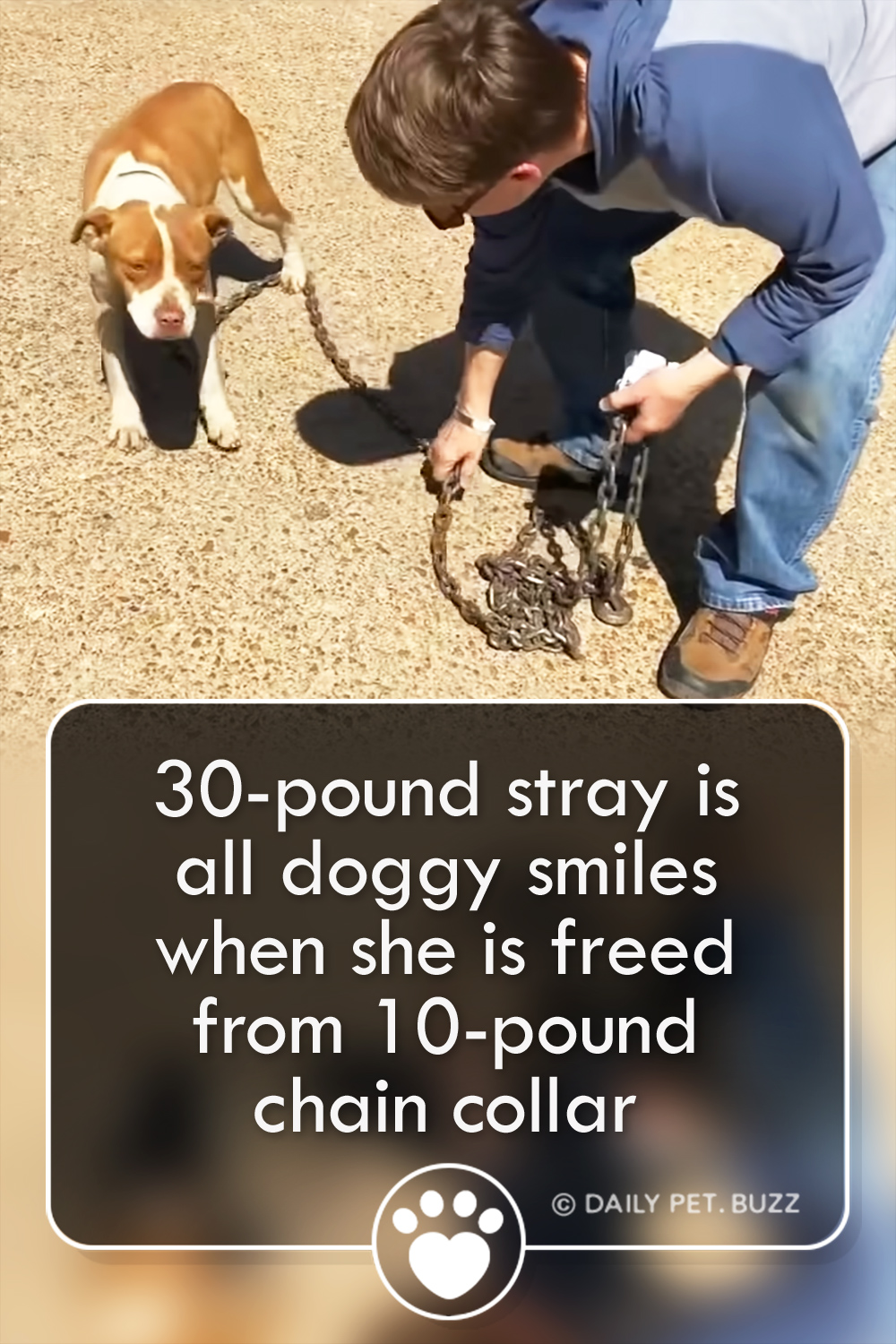