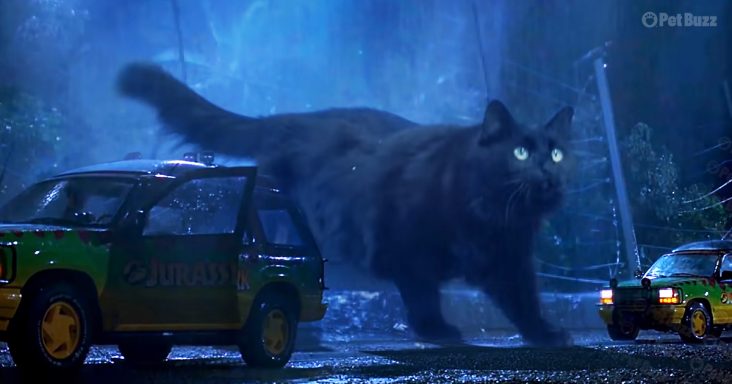 Lizzy the cat or more famously known online as OwlKitty, stars as the T. Rex in the famous rainy scene from Jurassic Park. It’s difficult to say what would be more terrifying, a giant cat or a T. Rex.

Rain pours down hard in the dark night. Lightning flashes and moonlight spills in through the trees and broken fence. The giant black cat strolls in between two colorful Jurassic Park jeeps.

With her giant feline eyes, she stares into one of the vehicles. The passengers remain calm, and Grant says to stay still because her vision is based on movement.

They give an audible sigh of relief when the enormous cat turns away and looks at the other car with kids inside. One of the kids closes the door, and the other makes a grave mistake.

As the ferocious feline approaches, the kids are filled with terror and uncertainty. After the girl opens a can of cat food, the cat sticks her head in through the roof.

The kids do their best to keep her back as she tries to aggressively grab the meal. From the other jeep, Grant grabs a can of cat food and steps out from the jeep.

He faces the colossal black cat standing under the rainfall, and he tosses the can far away. The cat swiftly chases after the food, and they are safe from her for the moment. 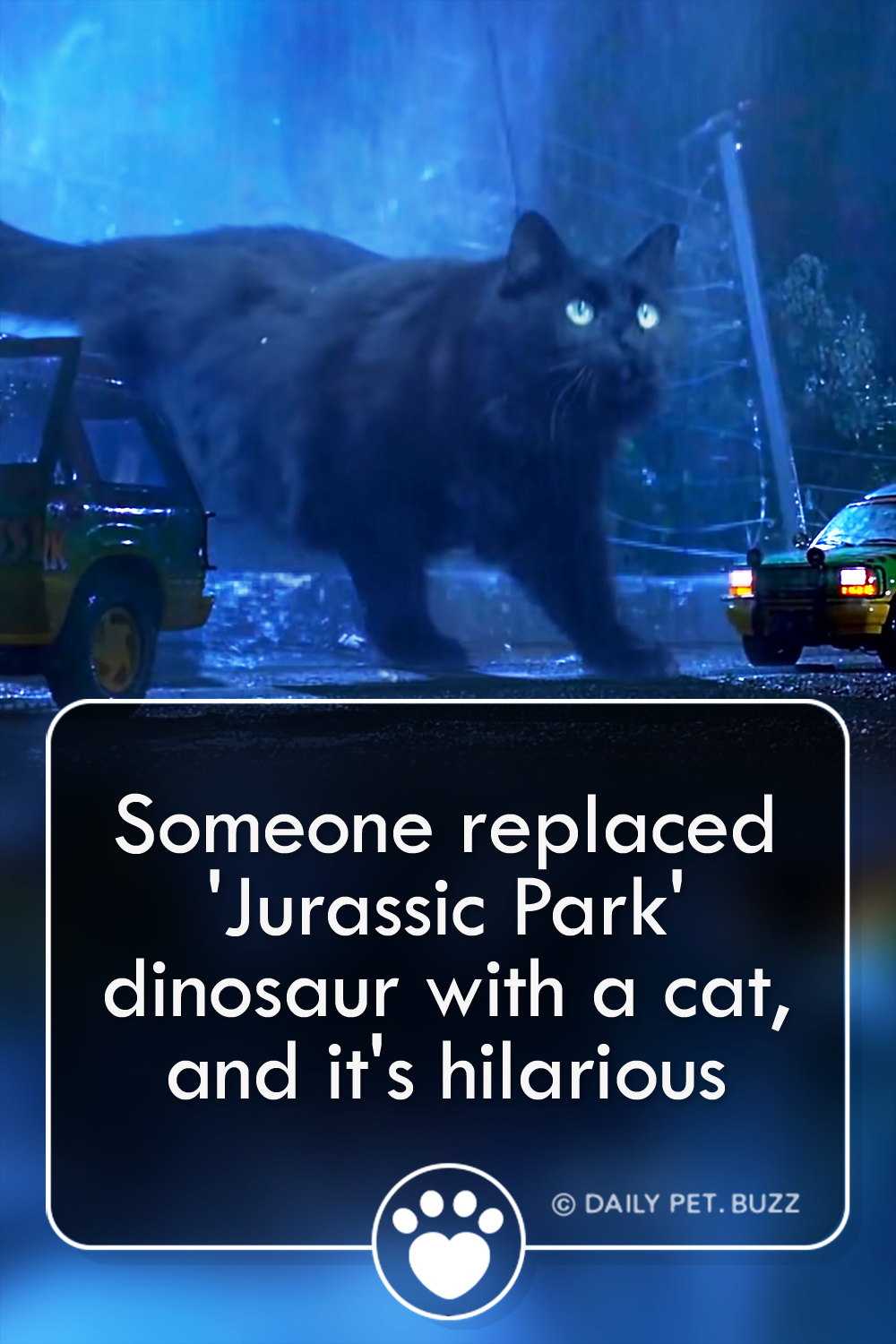