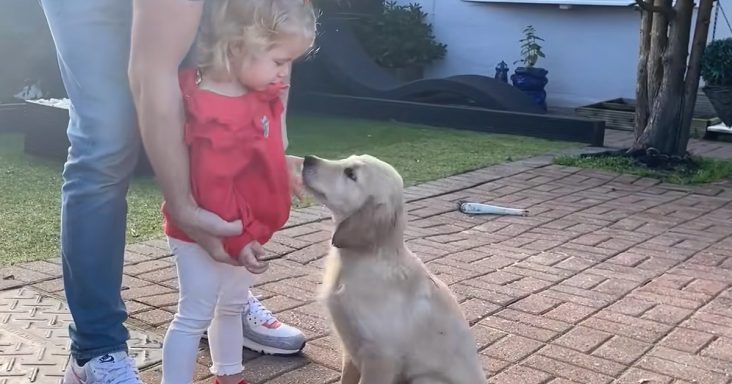 Amelia, her parents, and their dogs play in front of their house on a bright sunny day. There are three Malamutes: Niko, Teddy, and Phil, and there is a Golden Retriever puppy named Buddy.

Buddy and Amelia are almost the same size. Amelia wears a bright red shirt and shoes and a ribbon in her hair to match it. Her dad is showing her how to train Buddy.

The giant Malamutes stand by the fence and watch while they sunbathe. Phil is very talkative, and he is distracting everyone. Dad shows Amelia how to ask for Buddy’s paw.

Amelia smiles when Buddy hands his paw to her. Then the Malamutes start to get more playful. Teddy is annoying Phil, who begins to howl. Buddy wants to join in on the fun.

The training session doesn’t last long, and everyone starts to play together. Amelia practices her jumping, and Buddy jumps on his friends to assert dominance. Even if he is small, he is feisty.

Dad goes to the other side of the fence, and Amelia tries to climb over to follow him. He carries her, and the dogs also want to go with them, so they start barking and whining.

Amelia asks for Buddy’s paw through the fence then her dad picks her up and lets her be a human claw machine. He lowers her down so she can grab whichever dog she wants to. 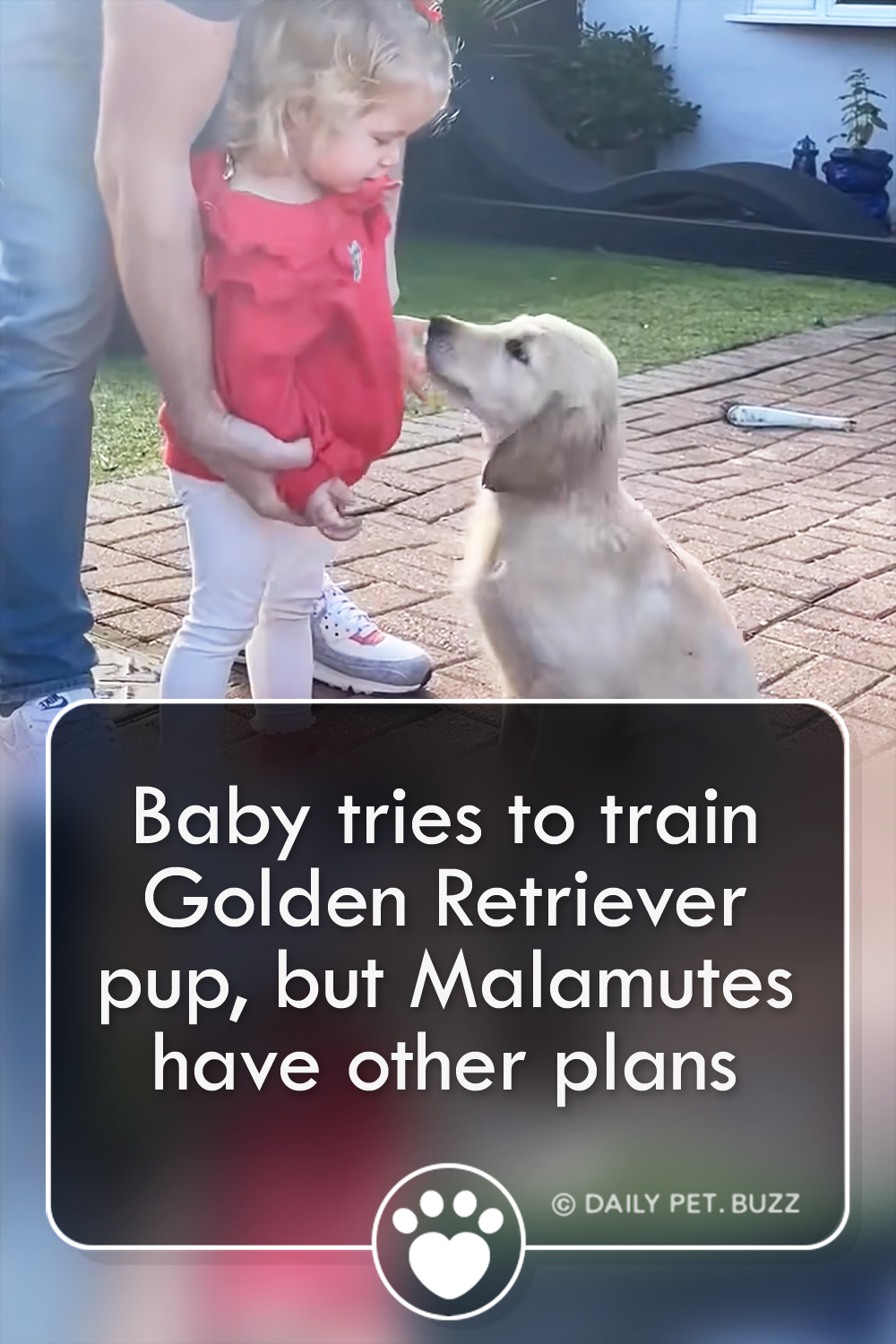