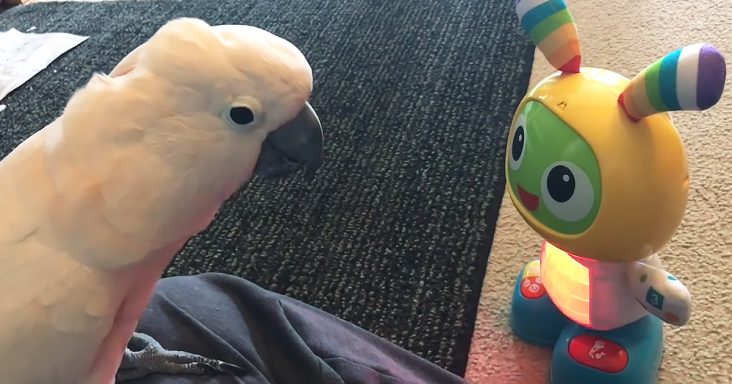 Birds can be pretty flighty, but Gotcha, the Moluccan Cockatoo, has been working on being braver. With the help of his owner, he is conquering his fears one at a time.

When Gotcha first arrived at his home, he was afraid of everything. His owner and friend didn’t want him to live like that because he would stay away from anything new.

There was a toy that was placed across from Gotcha. It played music, danced, and even recorded voice lines. The toy had a green face, a yellow hat, and blue shoes.

Gotcha approached the toy slowly, and when the toy was dancing, Gotcha was swaying side to side. His white feathers were flaring, but he wasn’t running away.

The toy’s belly had a light, and it would flash as it sang and danced. Gotcha showed that he was courageous, and he got close to the toy without even flinching.

Gotcha’s friend recorded the line, “You’re so cute and brave.” Then the toy repeated the phrase over and over again. Gotcha appeared to be quite pleased with the praise.

Meanwhile, another bird named Letty was perched high up above and far away from the toy. She didn’t want to participate in the fun, and Gotcha was learning to be more open to new things. 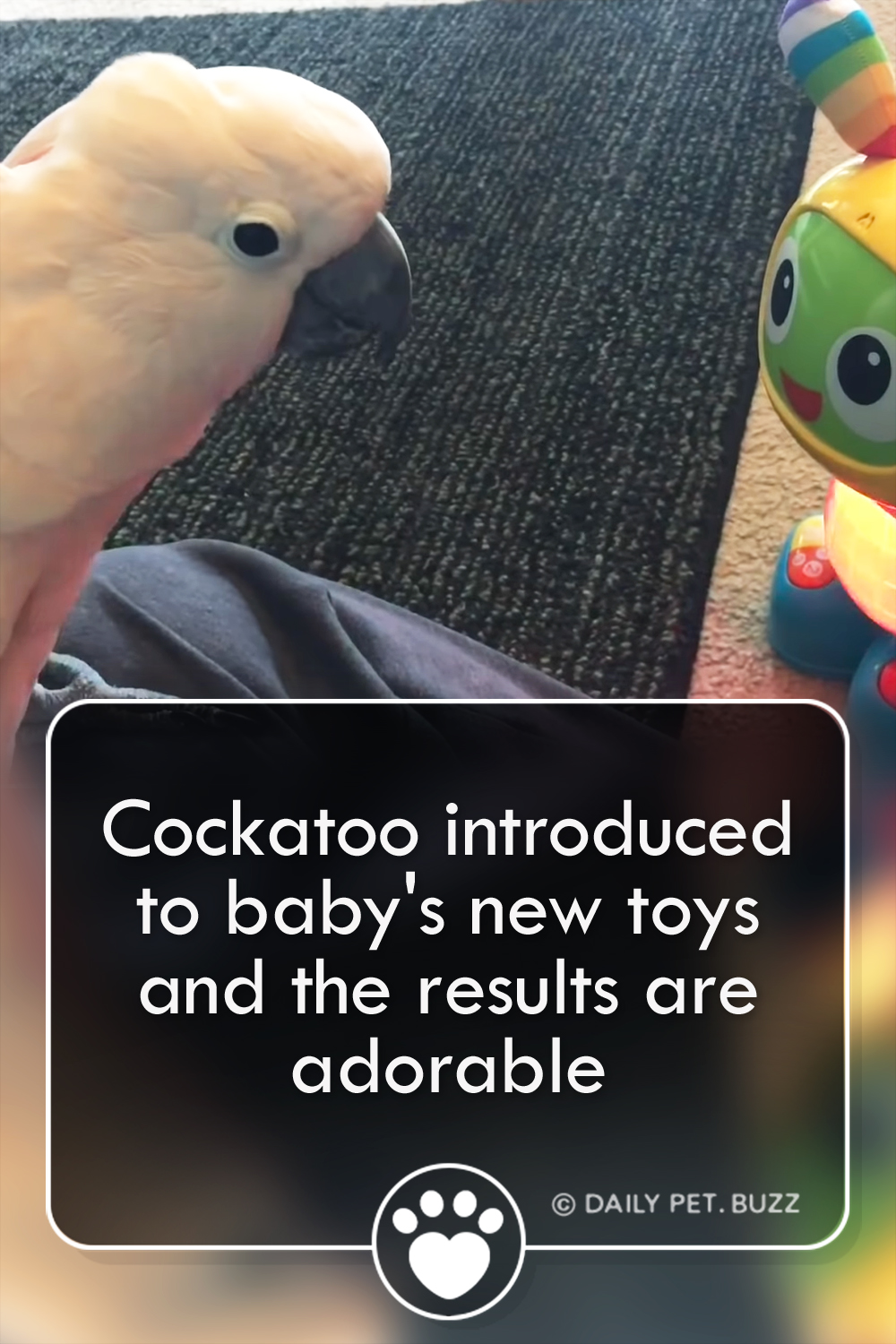