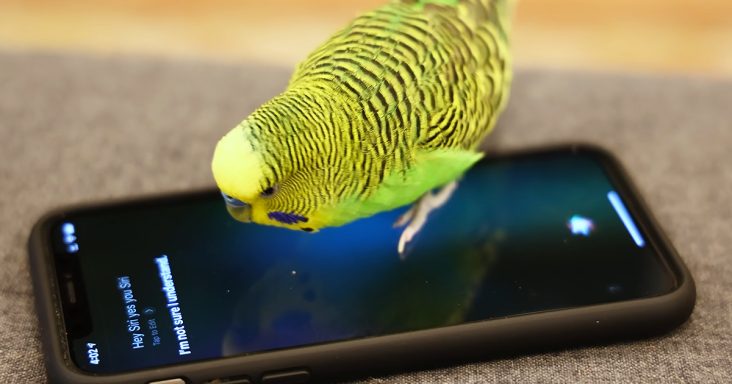 Kiwi, the parakeet, has a fascinating talent for activating Siri on an iPhone. An iPhone was placed on a grey couch, and Kiwi stood on top of the device.

He was almost as big as the phone, and his beautiful green and yellow feathers were a bright contrast to the black screen. Then Kiwi said, “Hey Siri, yes you Siri,” and the phone activated.

The iPhone didn’t understand what he said after, but it was amazing to see that Kiwi could activate it consistently. He stood on the phone, and his eyes were wide open.

Kiwi’s beak quickly moved as he talked nonstop. His feathers danced on top of the screen, and he playfully and gently pecked on the phone. Siri still couldn’t understand what he was saying.

Every now and then, Kiwi would also imitate the phone’s sound activating. It was an uncanny talent that can confuse people who don’t know it’s a Parakeet making the noise.

After a while, Kiwi took a break and walked away from the phone. He was probably thinking of what to do next. Then the iPhone was propped up like a mirror, and Kiwi may have been fascinated with his own reflection.

Kiwi talked to the iPhone, and Siri came back on. He never got the phone to get past the activation, but at least he could have a very lengthy conversation. 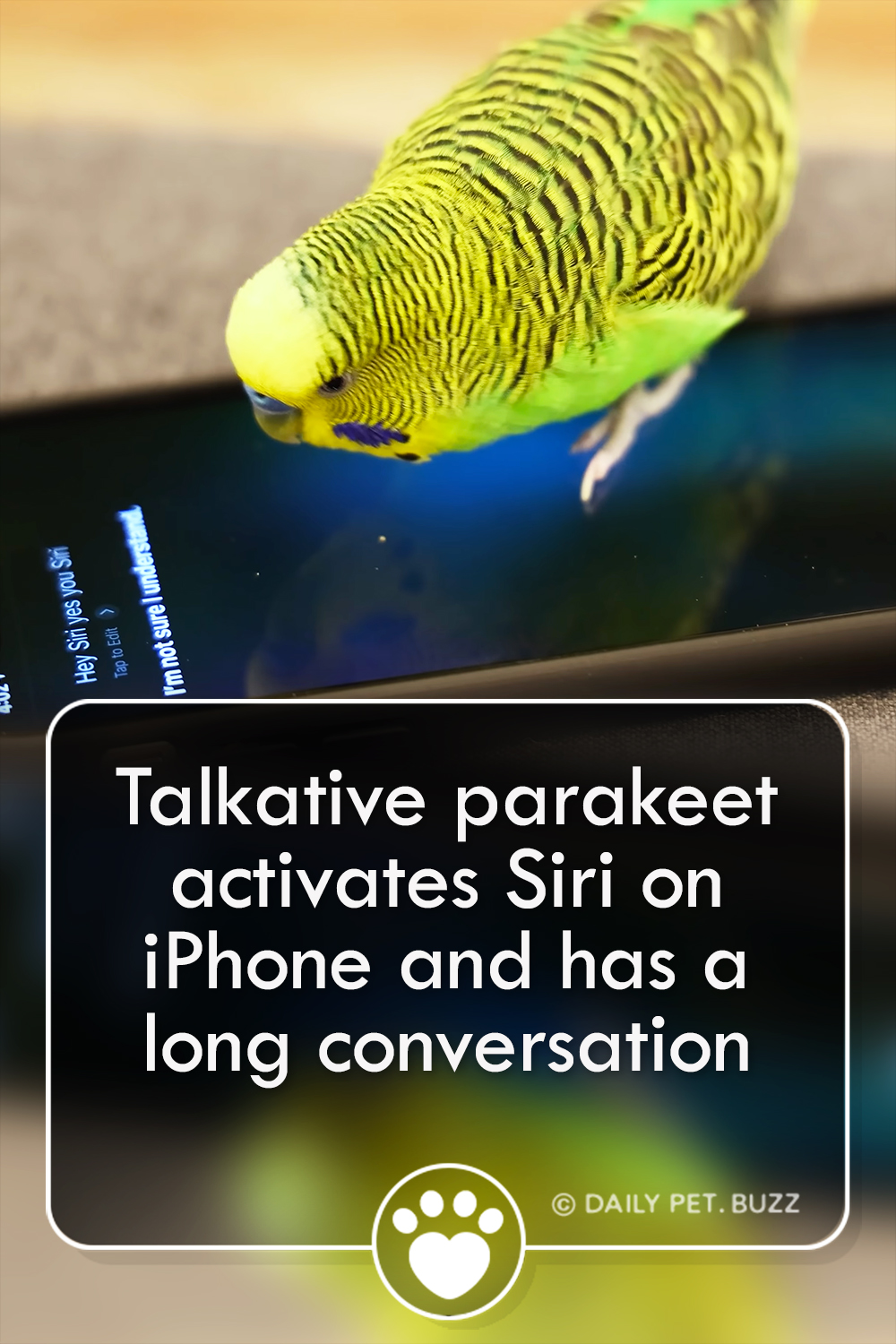