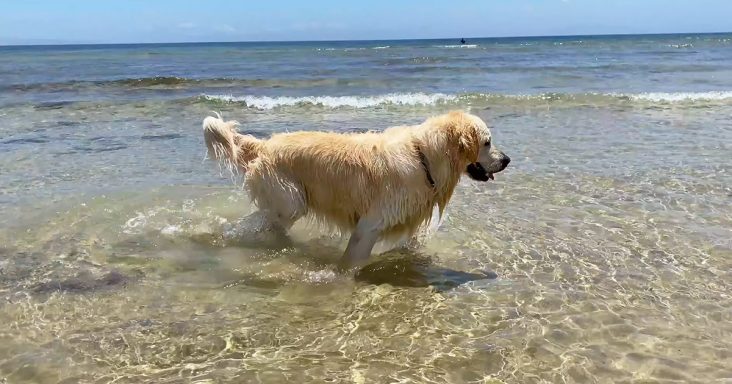 Bailey, the Golden Retriever, had never been to the ocean before, so he was excited for his first trip there. It was a clear day with blue skies and barely a cloud in sight.

Bailey watched the scenery go by the window until they arrived at a place full of sand. He had a big smile on his face and was led towards the beach.

His owners let him off the leash and threw a ball for him to chase. Bailey quickly ran and kicked up sand as he dashed. He loved playing around on the soft ground.

Bailey dug up the sand with his paws and his nose. Then he rolled around in it joyfully. They continued to explore the beach and finally ended up by the shore.

The water was still shallow, and Bailey quickly submerged himself. He enjoyed running around and playing in the sea. It was a sunny and windy day at the beach.

After a short break where Bailey shared an apple with his mom, they went back into the water for a swim. Bailey is an excellent swimmer, and he had a smile on his face while he was in the sea.

It was the perfect day at the beach. When Bailey wasn’t covered in the sand, he was covered in seawater. Bailey’s first time in the ocean will definitely not be his last. 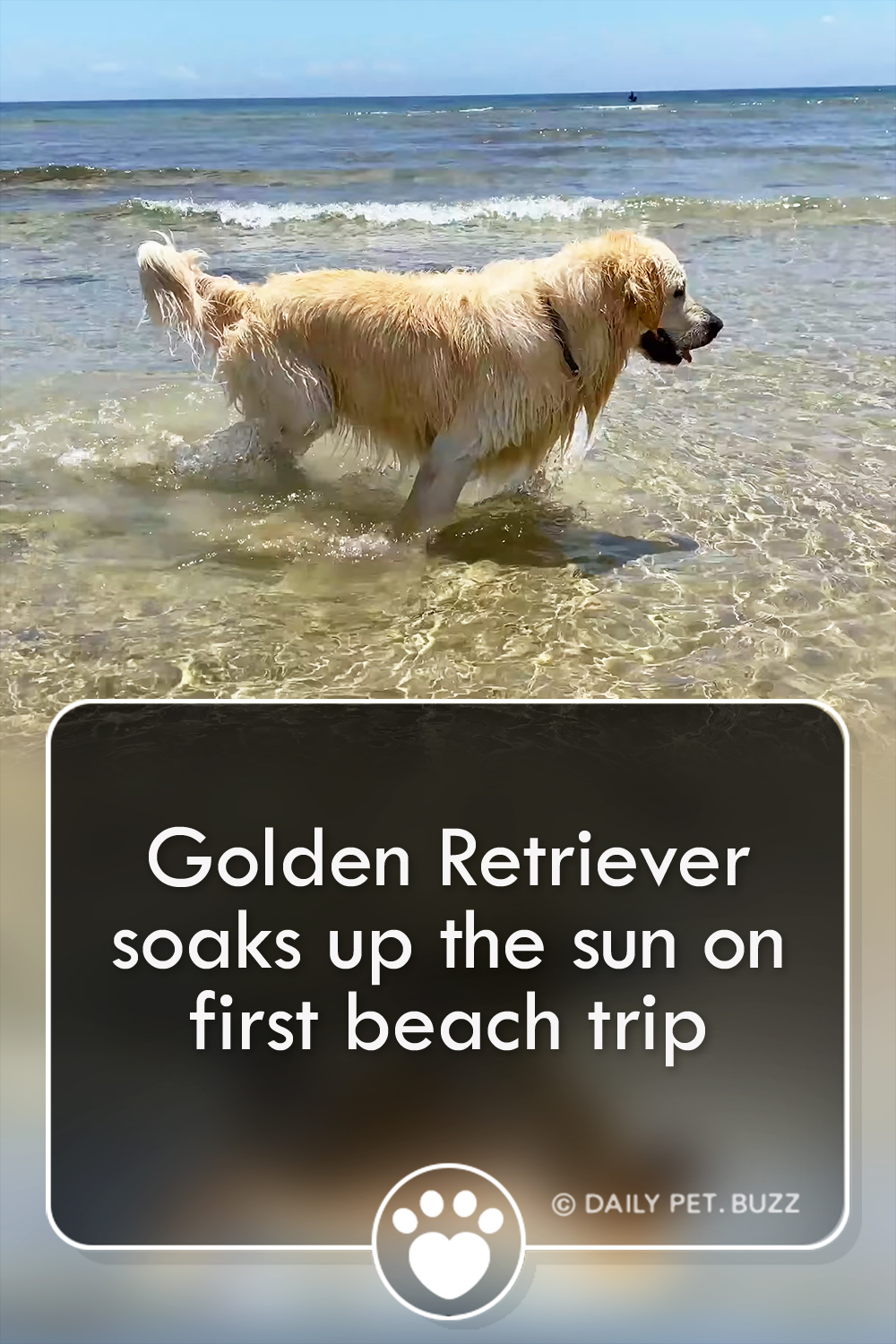