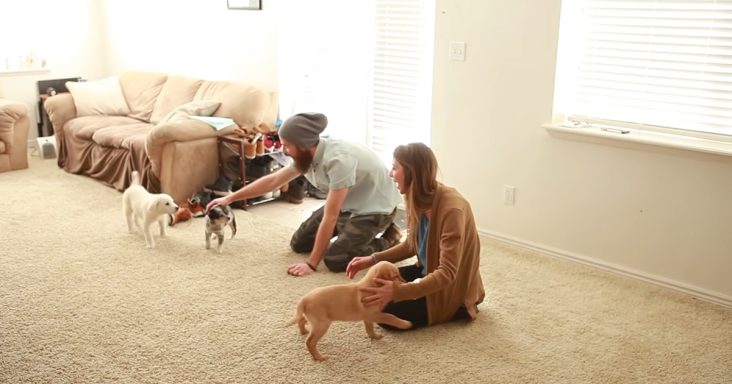 Bryce had a great idea to surprise his wife Nellie with a house full of puppies. During Christmas, she jokingly guessed that the surprise gift he was giving her was a puppy. So he decided to act on it. 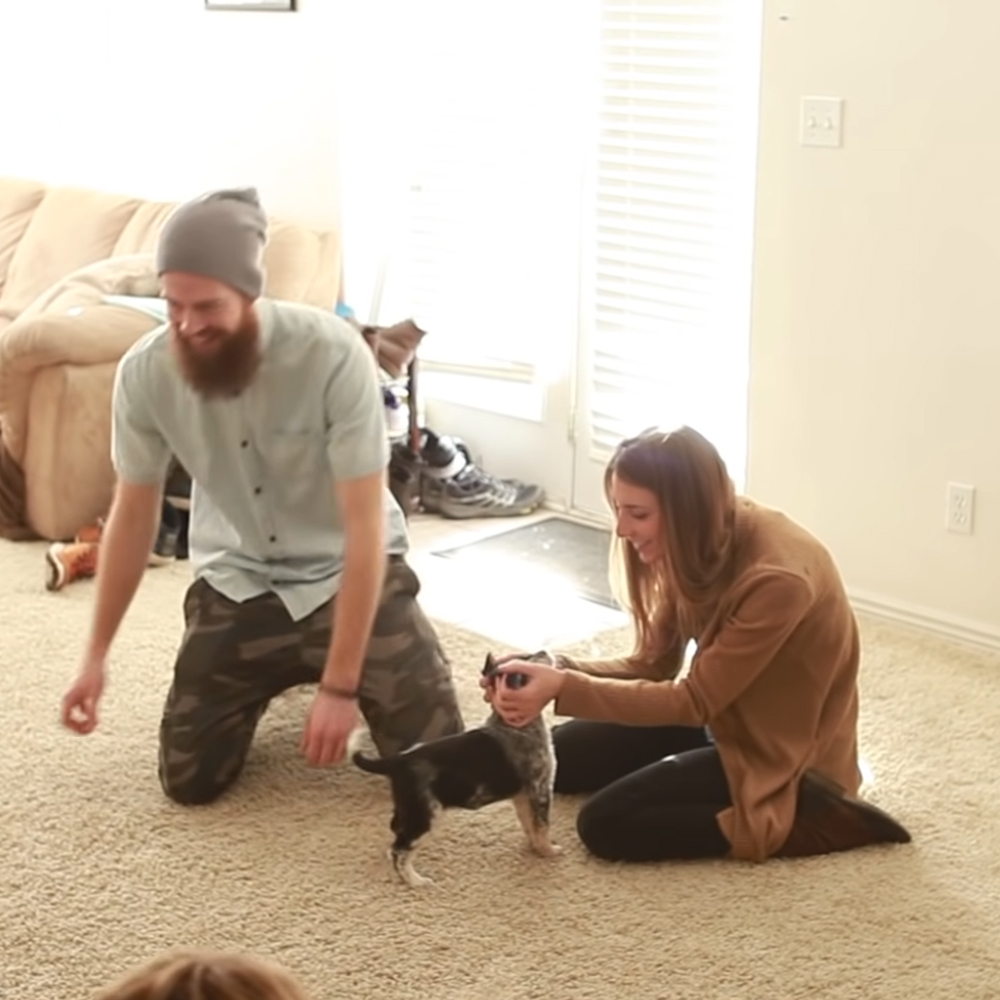 Unfortunately, they couldn’t own pets in their home. While Nellie was at work, Bryce contacted a group called Puppies For Rent. They were to bring several puppies into the house.

Bryce was also able to convince Nellie’s boss to give her some time off work to come home. The most important part of the plan was getting Nellie to actually come home.

The puppies were in position, and Bryce called Nellie. He had left an SD card in her car, and his plan was to ask Nellie to bring it to him. It wouldn’t be difficult because she was only 10 minutes away.

While they were on the phone, Nellie was reluctant to bring the card home, but Bryce was insistent, and she eventually gave in. Nellie wanted him to wait outside, but Bryce told her to come to him.

When Nellie opened the door and saw all the puppies, she said, “This is the best thing of my life.” Some puppies ran out the door, but they were all eventually brought inside.

Nellie and Bryce sat on the floor and played with all the puppies. By the end of their session, they were lying on the floor, receiving a storm of kisses and licks from the most adorable puppies ever. 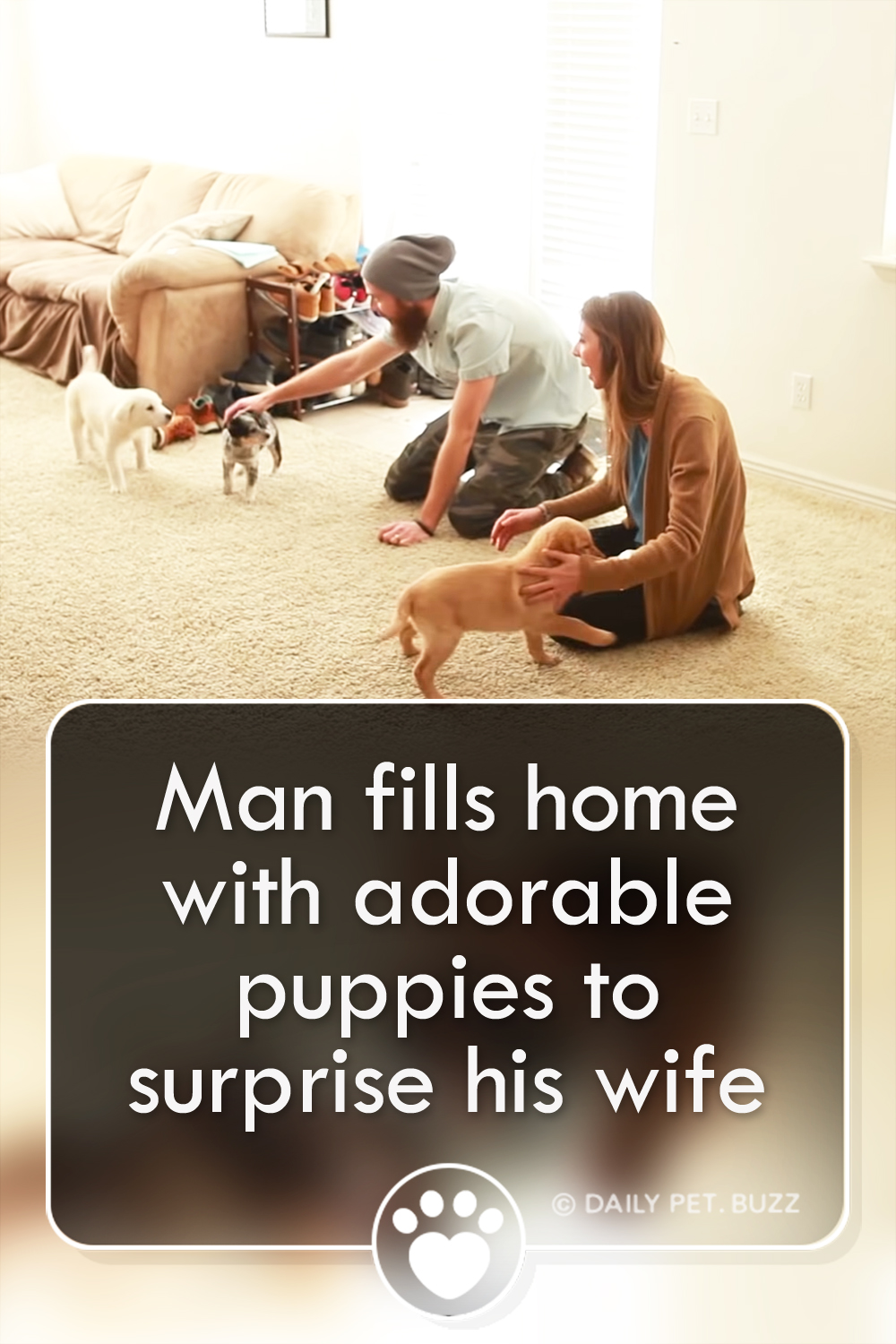